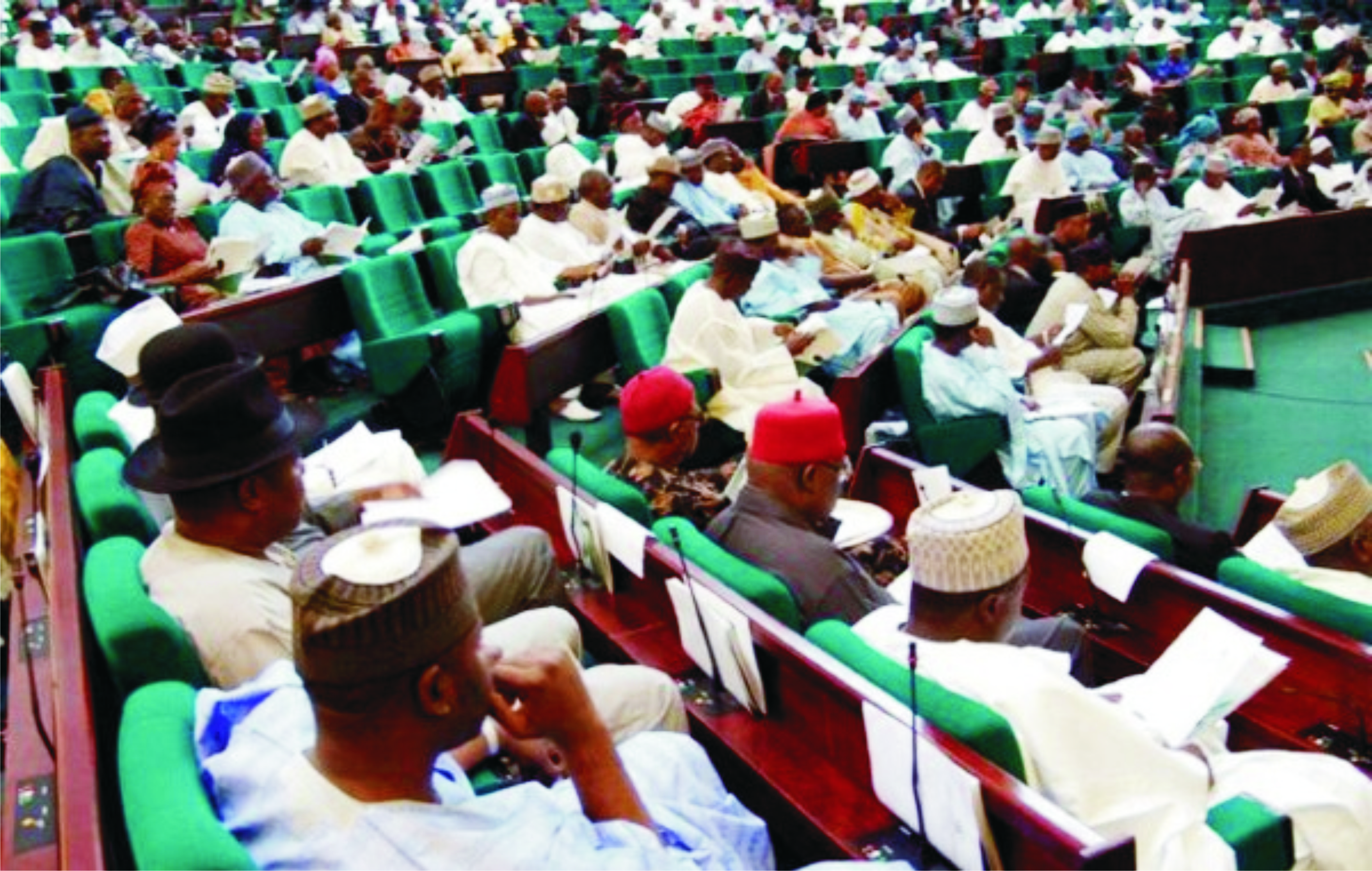 The Leadership of the House of Representatives on Monday held a closed door meeting with heads of security agencies in the country over what it termed breach of national security regarding the recent #EndSARS protest across the country which was later hijacked by hoodlums.
The House at plenary on the 20th of October, 2020 had set up an adhoc committee under the chairmanship of the Deputy Speaker, Hon. Ahmed Idris Wase to be assisted by the Leader of the House, Hon. Alhassan Ado Doguwa and the Minority Leader, Hon. Ndudi Elumelu, with members drawn from all security related committees in the House to meet with heads of security agencies with a view to proffering solution.
In his brief remark, the Deputy Speaker said “you may recall that on the 20th of October, 2020, the House passed a motion on the need to address the breach of national security under the peaceful protest in the country under the guise of #EndSARS.
“With that, the House set up a committee to be headed by myself, the two leaders of the House (Minority and Majority Leaders), chairmen of all relevant committees in terms of security and three members from each of the committees.
“The essence of the committee is to address, towards a peace exit and ensuring that we have a harmonious nation. This is the essence of the committee. This is our first meeting and we are going to take input from the various services.
“This is a matter that concerns security and no nation discusses its security situation on camera. With this, I want to beg the press to kindly excuse us so that we can have a very robust discussion.”
The committee was set up following a motion sponsored by Hon. Sada Soli (APC, Katsina) and seconded by Hon. Julius Pondi “on the urgent need to address the possible breach of national security in the national #EndSARS protest”.
While acknowledging the constitutional right of the protesters to air their grievances in a peaceful and law-abiding manner and the genuine reason for such grievances, he said the Federal Government had swiftly disbanded the SARS unit of the Nigeria Police which was the reason for the protest.
He expressed concern that the legitimate protest of Nigerians was hijacked by hooligans who have taken advantage to unleash mayhem, adding that allowing the protest to linger would increase the rate of Covid-19 spread, hinder Nigerians from their right of free movement and degenerate into chaos by the manipulation of hoodlums.
He called on the president to issue an executive order to address police brutality, while appealing to the protesters to have the patience for the National Assembly and the presidency to address the problems.
He also called for the constitution of an Ad-Hoc committee to be chaired by the Deputy Speaker, the House Leader, other principal officers, as well as the leadership of some relevant Committees like the House Committee on Police to ensure the prayers of the motion are met and get back to the House for further legislative action.
Members who contributed to the October 20 motion also harped on the need to take steps to address the issue such as continuous interaction with the relevant bodies while ensuring good governance.
Heads of security agencies physically present include Comptroller General of Nigeria Correctional Service, Ja’afaru Ahmed, Comptroller General, Nigeria Security and Civil Defence Corp, Abdullahi Garba Mohammed, Yusuf Bichi, DG, Directorate of State Service and Mohammed Babandede, Comptroller General, Nigeria Immigration Service.
Others, who were represented include the Chief of Defence Staff, who was represented by the Coordinator, Defence Media Operation, Maj-Gen John Enenche; and Chief of Defence Training and Operations, Maj-Gen C. Udeh; the Chief of Army Staff, who was represented by the Acting Director of Operation, Army, Bri-Gen B.R. Sinjen; the Chief of Naval Staff represented by the Chief of Training and Operation, Naval Headquarters, Rear Admiral I.T. Olaiya; Chief of Air Staff represented by the Chief of Policy and Planning, Nigeria Air Force, Air Vice Marshal Mohammed Adamu Idris; and the Inspector General of Police, who was represented by the Deputy Inspector General of Police in charge of Logistics and Supply, Aminchi Baraya.