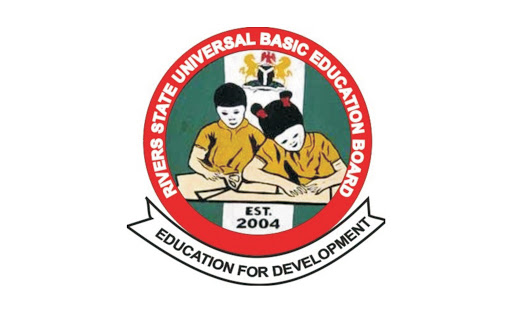 The Executive Chairman of the Rivers State Universal Basic Education Board(RSUBEB), Ven Fyneface Ndubuisi Akah, has been inaugurated by the Inspector General of Police, IGP Mohammed Abubakar Adamu as a member of the National Board For Police Community Relations Committee (PCRC).
Performing the inauguration ceremony in Abuja recently,the Inspector General of Police who was represented at the occasion by  the Commissioner of Police in charge of PCRC,CP Kola Okintola  said Ven Akah was chosen due to his distinguished character .
The Inspector General of Police charged the national patrons and board of Police Community Relations Committee to strengthen the relationship between the police force and their respective communities, saying  that members of the board were carefully selected from across Nigeria based on their records in community and national development, peace and security.

Commissioner for Education Prof. Chinedu Mmom, JP has stated categorically that he has not authorized any person or group of persons to go to schools in the name of taskforce or committee to harass and extort money from principals or teachers for any reason whatsoever.
The commissioner who stated this last Friday in a statement signed by the Senior Information Officer of Ministry, Tochi Abinye Pepple and made available to said what his ministry is doing is  random check to ensure that schools have resumed in compliance with directives of government on school resumption.
Prof. Mmom urged principals and head teachers to be at alert and to arrest such persons who parade themselves as members of taskforce from the ministry and  report such to him for proper action.
In his words” I have not set up any taskforce or committee to do any form of monitoring. Any person who comes to your school should come with original letters signed by myself. Education is free in Rivers State as His Excellency has declared”.
The commissioner further stated that if there is need to set up any committee or task force by his ministry, that he will also discuss it with the principals and make it public for everyone to know.
He advised those involved in such art to desist henceforth or be ready to face the music.
Prof. Mmom further warned principals to stop extorting money from students and pupils through admission reminding them that Education remains free in Rivers State.

Anambra Bans Use Of Miniskirts As School Uniform

Anambra has banned the wearing of miniskirts as school uniform in all schools in the state.
Commissioner for Education, Prof. Ngozi Chuma-Udeh, stated in Awka on Sunday that the announcement of the ban became necessary as schools resume on Monday.
She said the ban had been communicated to Education Secretaries of public and private schools in the state.
The commissioner condemned the growing trend of wearing miniskirts as school uniform and said it was morally wrong and unacceptable in children of school age.
“A student should look smart, well groomed, project positive vibes and not be indecently dressed for school.
“The acceptable length for uniforms in the state remains knee length and not above the knee, which is fast becoming the fashion trend in schools,’’ she noted.
The commissioner said Education Secretaries had been charged to ensure that schools complied with the directive to salvage the future of students in the state. Chuma-Udeh also urged the secretaries to instil the right morals and discipline in students so that they would be well-behaved and grow to become responsible adults.

Strike: Group Urges ASUU To Be Responsible In Its Negotiations

Enugu-based Progressive Students Movement (PSM) has urged the Academic Staff Union of Universities (ASUU) to be responsible in its negotiations to resolve the ongoing strike and consider suffering of Nigerian students.
The PSM also urged the Federal Government to withdraw its law suit against ASUU at the Industrial Court “as this will further waste the already wasted time of Nigerian students”.
The President of PSM, Mr Bestman Okereafor, disclosed this in a statement made available to News Agency of Nigeria (NAN) in Enugu on Sunday.
Okereafor noted that it was regrettable that the strike had been allowed to linger beyond seven months.
The PSM boss, while appealing for a compromise between both parties, enumerated the recent losses caused by the lingering strike.
“It is regrettable that actions of both parties have led to shutting down of universities for seven months over the continuous strike which has obviously drastically affected the academic calendars.
“The continuous strike has also deprived university students from joining their polytechnic counterparts in mobilising and partaking in National Youth Service Corps (NYSC).
“ Information at our disposal reveals a UNIBEN staff committed suicide few weeks ago,” he said.
He appealed to well meaning Nigerians, especially prominent leaders and respected traditional rulers, to prevail on both parties to shift grounds and find a middle ground for an amicable agreement.
He noted that Nigerian students had remained at the receiving end of each academic strike.