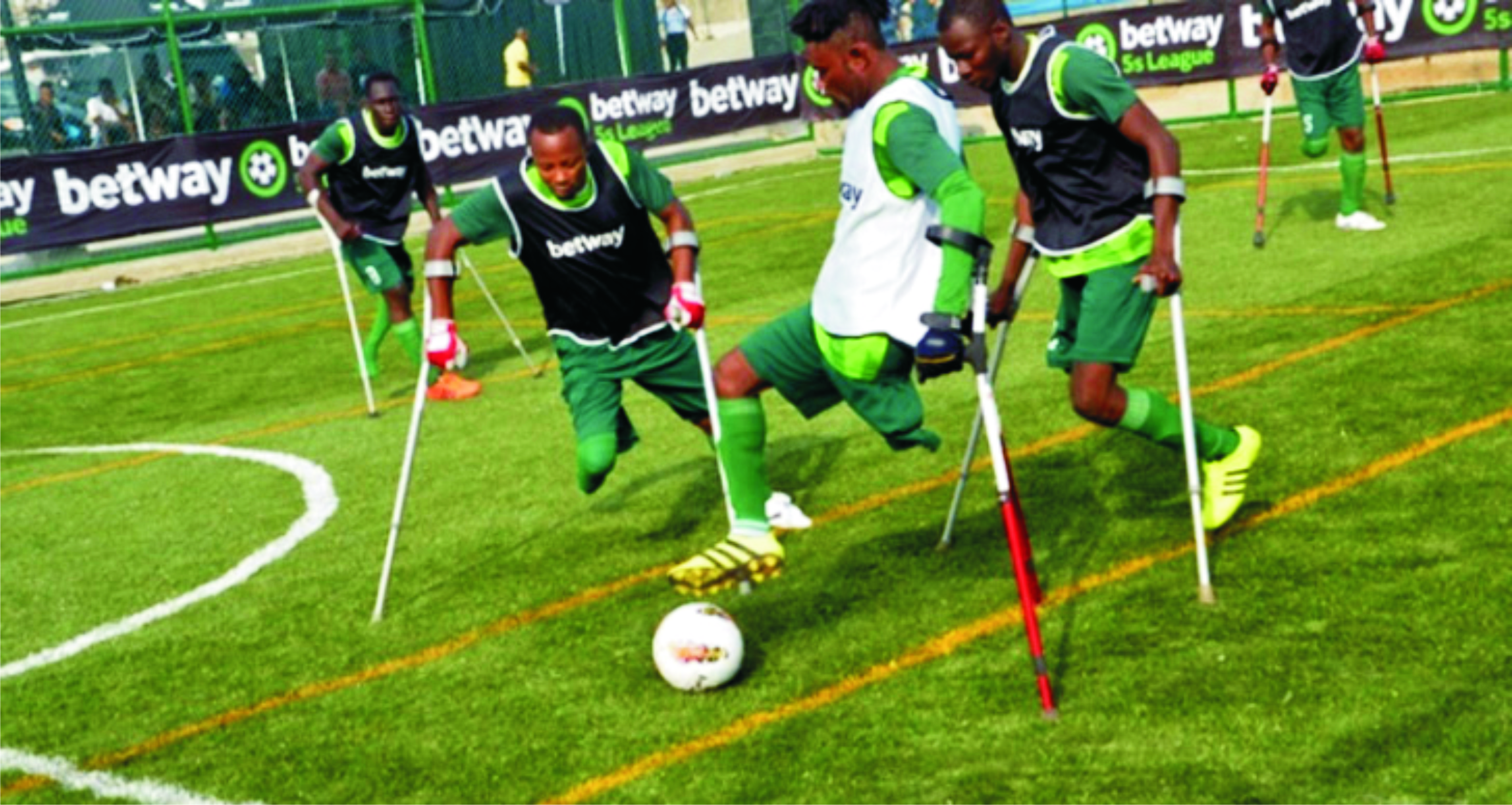 The Captain, Amputee Football Team, ‘Special Eagles’’, Sarafadeen Olalekan has appealed to the Minister for Youths and Sports, Sunday Dare, to ensure the payment of the team’s allowances.
Olalekan told newsmen, yesterday in Lagos that many of the team members were facing a lot of financial challenges because of unpaid allowances.
“Other federations have received their allowances but for the Special Eagles, we are yet to receive ours before the pandemic lockdown.
“Up till this very moment, there has not been anything and it is already a year plus now that we went to Angola and came second, life has not been easy for most of the amputee footballers.
“Most of the players are out of their homes due to issue of money they owe their landlords and their sources of making a living was disrupted by the pandemic and protest,” he said.
According to Olalekan, one of the team member who had just nationalised as a Nigerian was part of the country’s success story “but he currently sleeps under the bridge.
“We have a Ghanaian who had just nationalised to Nigeria, he played for us till we got to the finals but has been finding life really difficult.
“He was asked to move out of the National Stadium where he resides so he had to start his life under the bridge.
“During the pandemic we did not receive any palliative at all, and most of the players have their own family that they are taking care of. I hope our plea would be attended to and our allowances are paid,” the amputee player said.
Austin Ugwu, the assistant captain, urged the Federal Government to place the amputee team members on monthly allowances.
He added that the allowance would go a long way in helping the players take care of themselves and stay in shape to perform for the country.
“I would appreciate if the government can consider us and place us on monthly allowances.
“Since the last championship we went for, we have not received anything from the government.
“This has affected a lot of the players, we are supposed to be in shape always but with the situation of things we are only working to survive,” he said.
Ugwu further said that some players had not been able to do anything because of the allowances that were yet to be paid.
“I have a tricycle that am running , that is why I can take care of myself a little, but for some others they do not have what they are doing.
“Some of the players feed from hand-to-mouth, they do not have anything doing. We are not like the able bodies.”
The Acting Technical Director, National Amputee Football Federation (NAFF), Pius Asaba said that the federation was yet to receive any funds from the ministry.
He pleaded with the ministry to ensure that the federation gets the funds so that they could pay the players.
“They have been promising us that we will be paid and I am aware that the federation is also doing its best to ensure it gets paid.
“The pandemic and protest has paralyze all our activities, we are supposed to go for a competition in Poland but it has been postpone, so for now we do not know exactly what will happen.