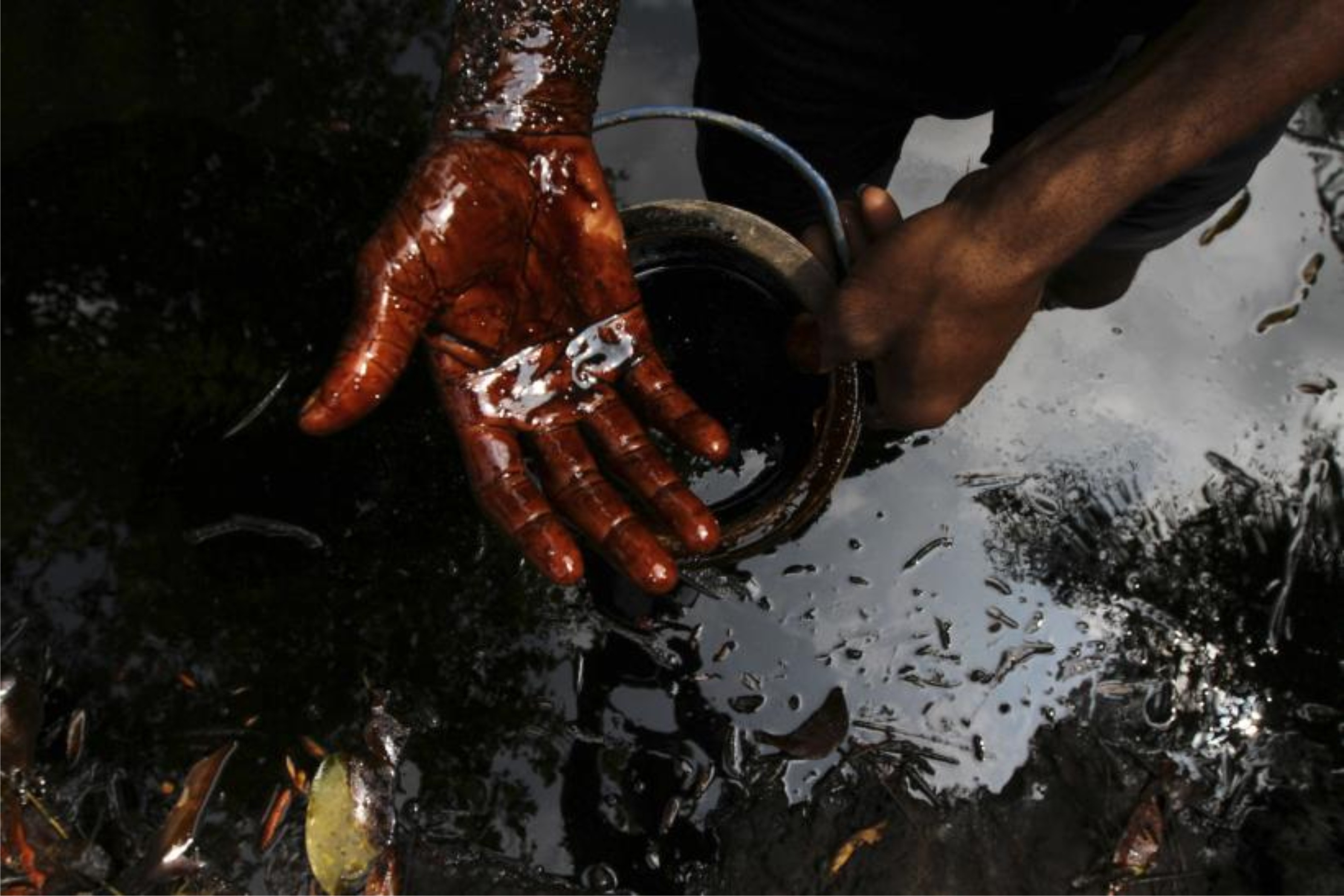 The joint investigation team investigating the recent oil spill at Manifold axis of Rumuechem/Rukpoku oil delivery line in Obio/Akpor Local Government Area of Rivers State has disclosed that the spill was caused by an equipment integrity failure.
The joint team comprising  the Rivers State Ministry of Energy and Natural Resources, State Ministry of Environment, National Oil Spill Defection and Response Agency (NOSDRA) and Shell Petroleum Development Company (SPDC) which was on ground to assess the situation, last week, also disclosed that the spill was from a facility belonging to the SPDC.
The  Rivers State Commissioner for Energy and Natural Resources, Dr. Peter Medee, who made this disclosure at the oil spill site, however, warned residents against scooping oil from an oil spilling sites.
He advised residents around the oil spill site to stay clear of the area, saying it was dangerous to scoop spilled oil.
He said, “anytime you see a spill from either a tanker or pipeline, people would always, in spite of the consequences, go to scoop spilled oil. That’s why I am calling on all residents to endeavour to stay away from the area that has been designated to be covered by the spill”.
Medee said preliminary investigations into the oil spill indicated that the spill was from a facility belonging to the SPDC.
According to him, “we are very concerned about the incident. Our men, as well as others, have been mobilised to site to be able to look at what exactly took place. Already, men from the SPDC, NOSDRA, Ministry of Environment and of course the Ministry of Energy and Natural Resources have been on ground to have an on-the-spot investigation”.
The commissioner assured that the eight-inch pipeline had been de-pressurised for the safety of the residents in the area, saying, “the facility has been de-pressurised. The reason being that the spot of the spill is actually a residential site”.
The Shell Petroleum Development Company (SPDC) has however, shut down its leaking pipeline located between Agbada FS and Nkpoku Manifold in Rivers State.
Shell’s Media Relations Manager, BamideleOdugbesan, said the company received a report of the leak, last Wednesday, and immediately activated its Emergency and Spill Response Team.
He said the team isolated and depressurised the pipeline the same day to stop the flow of crude oil into it.
He said: “We also secured the site for safety same day (Wednesday, November 4, 2020). We commenced the containment and recovery of leaked crude as well as the statutory government-led Joint Investigation Team (JIV) examination of the site to determine the cause and impact of the leak. The JIV and recovery of leaked crude are expected to be completed within the next one or two days.