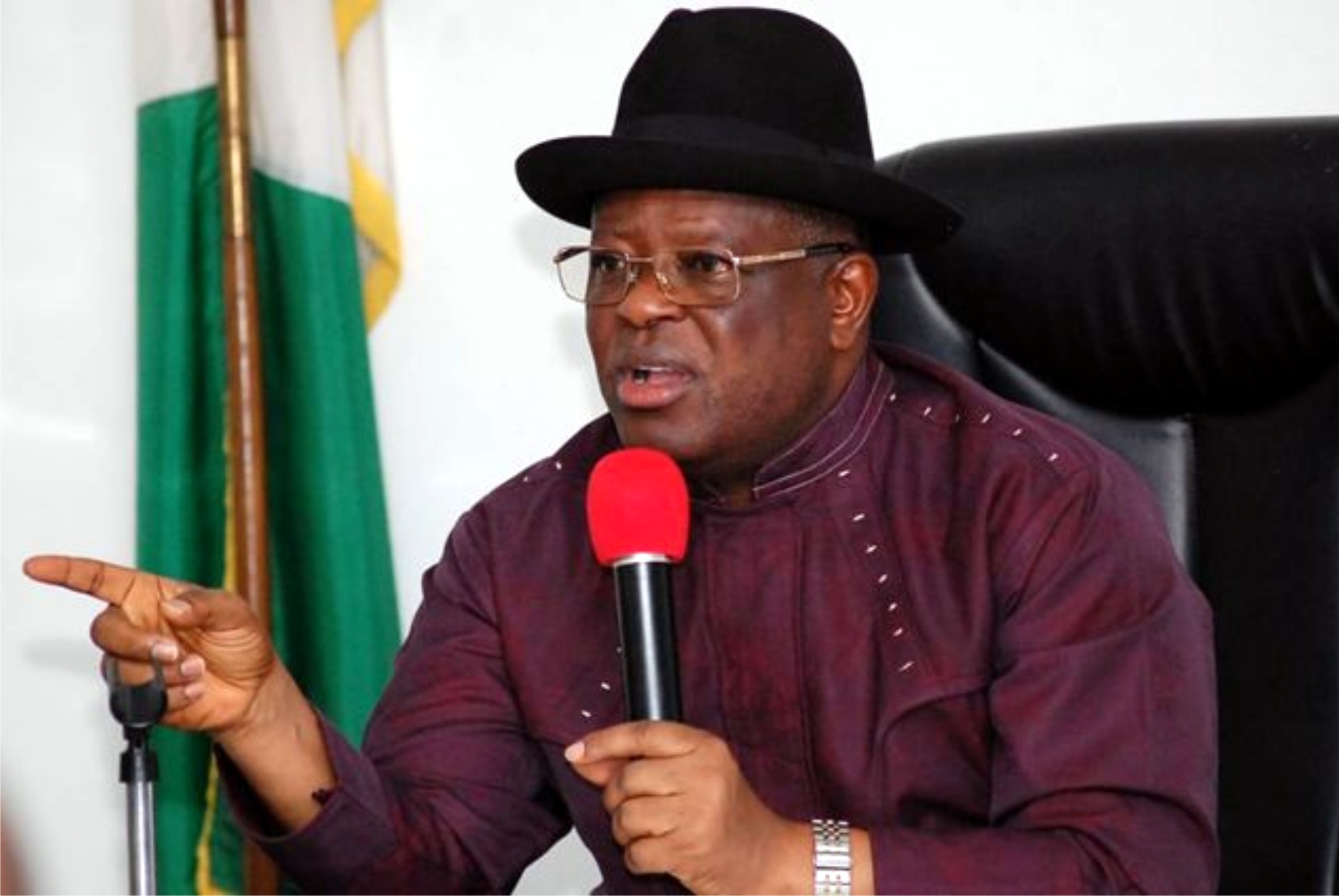 Ebonyi State Governor, Chief David Umahi, has vehemently debunked the trending report of his defection from the People’s Democratic Party (PDP) to the All Progressives Congress (APC).
Umahi in a statement issued by his Special Assistanton Media, Mr. Francis Nweze, described the report as false and a figment of the originator’s imagination.
He said: “My attention has been drawn to the news making the rounds in some quarters of the media, alleging that the Governor of Ebonyi State, David Umahi, has defected to the All Progressive Congress (APC).
The news is a product of a figment of imagination on the part of the carriers as Governor Umahi was, is, and is still flying the flag of the Peoples Democratic Party (PDP).
‘’It is, however, difficult to observe how people are easily persuaded to believe in fake dummies in the name of rumours.
‘’If for any reason, Governor Umahi wishes to leave the People Democratic Party (PDP), it will be officially communicated and can never be a product from rumour mongers.’’
A member of the House of Representatives from Ebonyi State, Chinedu Ogah, of the All Progressives Congress (APC), had in a statement by his Special Assistant on Media, Mr. Charles Itenshi, yesterday, hinted that the chairman of the South East Governors Forum had finalized his defection to the progressive party.