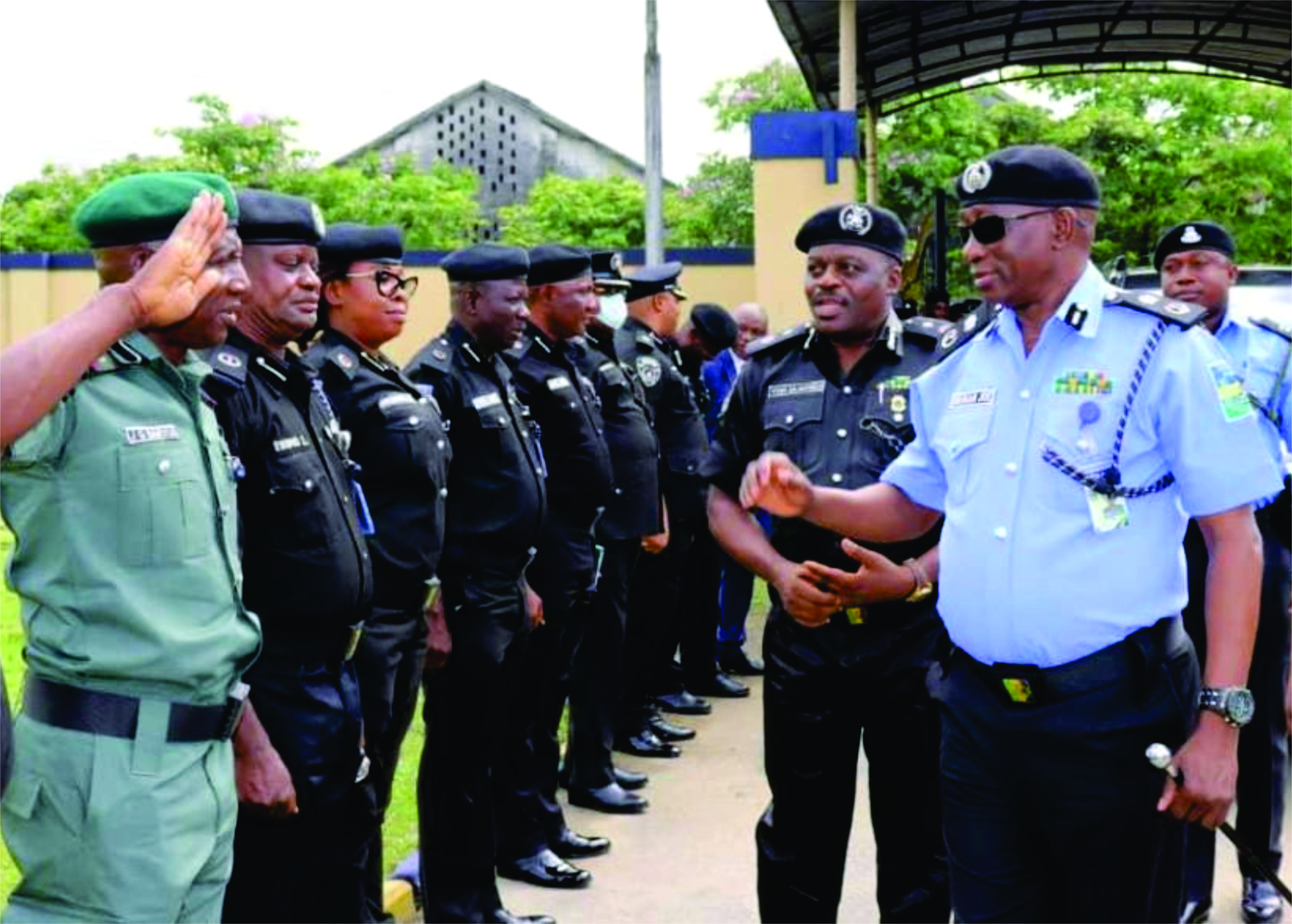 The Assistant Inspector General of Police (AIG), Zone 16, in charge of Rivers and Bayelsa states, Austin Agbonlahor, has charged officers and men of the Rivers State Police Command to put in more efforts in the fight against criminality in order to end cultism, kidnapping and other criminal activities in the state.
Agbonlahor while appreciating the commitment and dedication of officers of the command in the ongoing onslaught against criminalities in the state, encouraged them to do more and redouble their efforts in that regard.
The AIG made this call while addressing officers and men of the command during his one-day official inspection visit to the state police command in Port Harcourt, yesterday.
He assured the police officers that the zone, in conjunction with the Force Headquarters, Abuja, would address some of the challenges enumerated by the state commissioner of police, saying that the issue of inadequate manpower would be addressed soon through the ongoing police recruitment exercise.
“Let me assure you all that the problem of manpower will be addressed through the ongoing recruitment exercise.
“On training, let the command put up an in-house training, and should not wait for the training being organized by Force Headquarters. Area commanders and DPOs should take a cue and start organizing in-house training for their officers”, he stated.
“The command should put in place training programmes where you train your officers on what you know and what they should know. Even the DPOs should also be organizing in-house training. By this, all officers will be informed on current trends.”
He said: “I have known that before now the state was bedevilled with many crimes, like, kidnapping, killings, and others, but now your efforts has saved the state from the reports. We have taken note of that.”
“On the issues of equipment, where there is no much you should always improvise. You are aware of the training going on now. At the end of the training, we will postmen to the command to cushion the challenge of manpower shortage”.
He commended the state Governor, Chief Nyesom Wike, for providing patrol vans and other logistics support to the command, which, according to him, have assisted the command to discharge its duties.
The pioneer AIG of the newly created Zone 16 commended the command for keying in to the community policing policy of the Force Headquarters, insisting that the directives on the mop up of arms in the state must be adhered to.
He urged the people not to be worried over the withdrawal of guns from vigilante groups as there would be more visibility of police men in the state.
“They were not to bear arms before; so; there is nothing to be afraid of”, he added.
Earlier in his welcome address, the state Commissioner of Police, Joseph Mukan, commended the Inspector General of Police for his drive towards entrenching community policing, the creation of the Zone 16 command, and the provision of the platform for its smooth take-off.
He told the visiting AIG that on assumption of office, he established robust security architecture that has yielded tremendous results, adding that the SARS, anti-cultism and anti-kidnapping units, ‘Operation Sting’ and CP Crack Squad were all doing wonderfully well.

Your Romance With Terrorists Pushing Us To Join Boko Haram, IDPs Tell FG