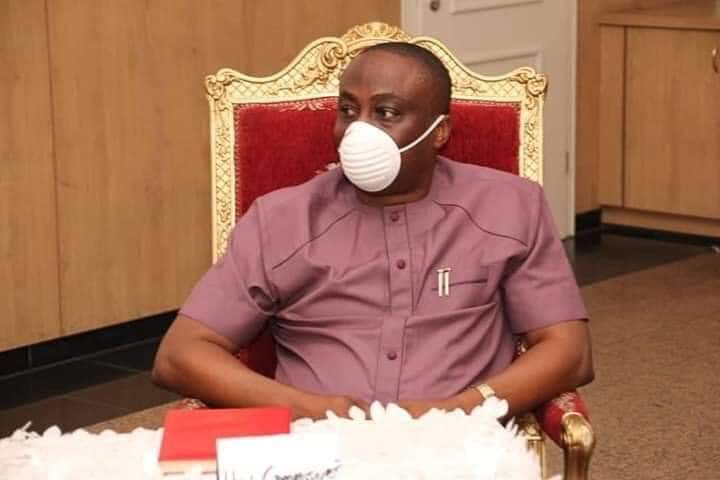 In spite of the all-round development witnessed in Rivers State in the last five years, the best of the targeted development in store for the State will be more appreciated by the end the next three years, says the State Commissioner for Information and Communications, Pastor Paulinus Nsirim.

The Commissioner, who made the Statement in his office on Thursday, stated that what has already been done is only part of the New Rivers blue print, from which Rivers people stand to benefit, because it is targeted at making the State the haven of investors in the country.

This, he stated, has been made possible by the visionary leadership style of the State Governor, Chief Nyesom Ezenwo Wike.

“When he started the three flyovers, a lot of people thought it was a political gimmick. But when you move around Port Harcourt today and see that those projects are going on simultaneously, you will understand that this is a man that matches his words with action”, Nsirim said.

The State’s spokesman noted that the development of the State cuts across all sectors and the 23 Local Government Areas (LGAs).

He stated that, “Going right into the 23 LGAs of the State today, you will see that the health, agriculture, education, and virtually all sectors of the economy of the State have been given attention by the visionary leader that we have.

The expectation from the people of the State, he continued, is to give the Governor all necessary support.

“One year has just ended with his (Governor) second tenure. We have three more years to go. From the blue print he has set out for Rivers now, we have so much to gain. What it requires is our collective support”, he said.

He emphasized the need for everyone living and doing business in the State to understand that they all “have a shared posterity to project”, hence they “should not allow those who want to demarket the State to pull us away from our collective vision of ensuring that Rivers State is made an investor’s haven of this country”.

“So, everyone who wants to do business in Rivers State is guaranteed of a robust infrastructure, and a robust economic environment for business to thrive.

“It’s a total package that His Excellency, Nyesom Wike, has given to the people of Rivers State. What we’re just saying is that the best is yet to come, because in the next three years, we’re going to see a galaxy of development projects scattered all over the 23 LGAs”, the Commissioner concluded.