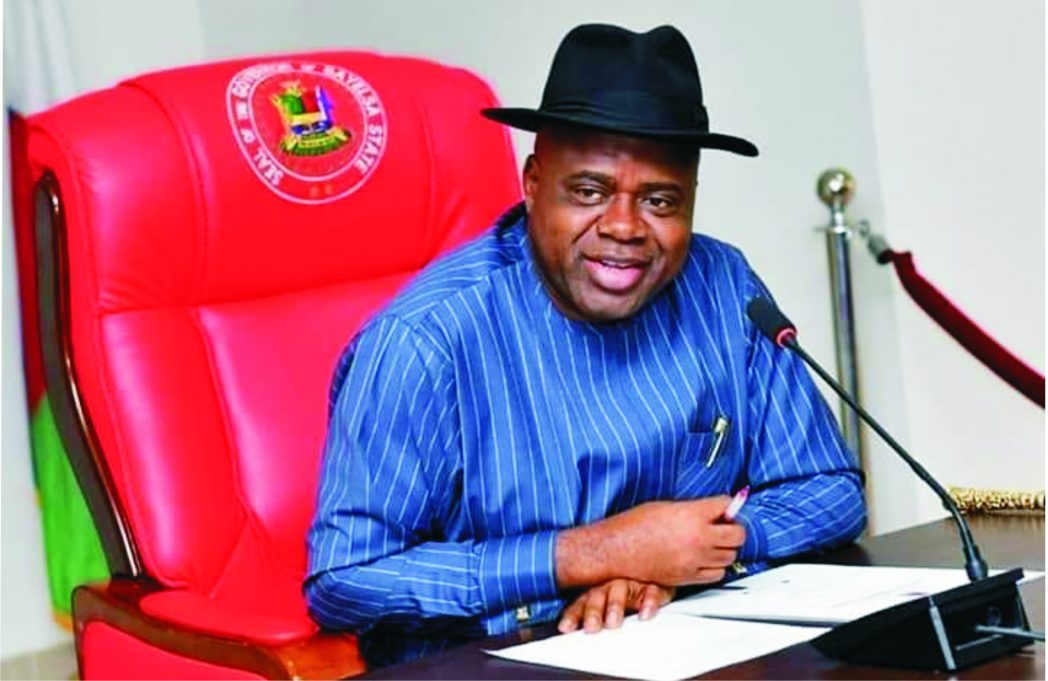 Bayelsa State Governor, Senator Douye Diri, has said his administration would soon roll out a number of urban renewal projects, particularly in Yenagoa, in order to enhance the aesthetics of the state capital.
Diri who disclosed this when members of the past state working committee of the Peoples Democratic Party,PDP paid him a solidarity visit in Government House, said the planned construction of a flyover and expansion of the roundabout at the Edepie area of Yenagoa are part of the urban renewal projects of his administration.
A press release by his Acting Chief Press Secretary, Mr. Daniel Alabrah, noted that the expansion of the Etegwe/Edepie roundabout would precede the construction work on the flyover to ease traffic in the area.
Senator Diri assured that despite the COVID-19 pandemic, the government was poised to initiating projects that would bring about overall development of the state.
He expressed his administration’s intention to give a facelift to the capital city as evident in the ongoing demolition of illegal structures that had defaced the Yenagoa metropolis.
“Even in the face of COVID-19, we have decided to do some preparatory things, which I hear are going down well with our people. We are not just pulling down illegal structures but also sanitising our city”, Governor Diri said.
“Work will soon start on the expansion of the Etegwe/Edepie roundabout in no distant time. Also, we intend to build a car park at the market at Swali, which is the largest in Yenagoa, and fence it off to ensure a healthy environment”, he added.
“Our government is on track. We are not looking at celebrating 100 days in office because globally, economies are at a standstill as a result of the outbreak of COVID-19. But rather we are expecting to celebrate our achievements in another one to three years time”, he stated.
Commenting on the issue of appointments into his government, Diri noted that at the appropriate time, persons that are passionate about the development of the state and the party would be brought on board,restated that his Government would not engage in secret appointments.
He charged the leaders of the peoples Democratic party in the state to extend the olive branch to those who have left,noting that they have the onerous task of strengthening the party towards improving its fortunes.
“We are not going to do secret appointments. Party stakeholders are being consulted to bring into government persons that would have development uppermost on their minds”, Diri said.
In his remarks, leader of the delegation, Chief Felix Omemu, pledged their commitment to work with the administration to achieve its set goals.
Chief Omemu congratulated Diri on his former electoral victory at the Supreme Court which brought him into office, praying that God grant him wisdom to pilot the ship of state to greater heights.
Also contributing, the former Special Adviser on Political Affairs, Chief Fyneman Wilson, said as party men, they would join hands with the governor and his team to build a formidable party.
Highpoint of the visit was the presentation of a copy of the Holy Bible to the governor by the former PDP women leader in the state, Hon. Faith Opene.
By Ariwera Ibibo-Howells, Yenagoa