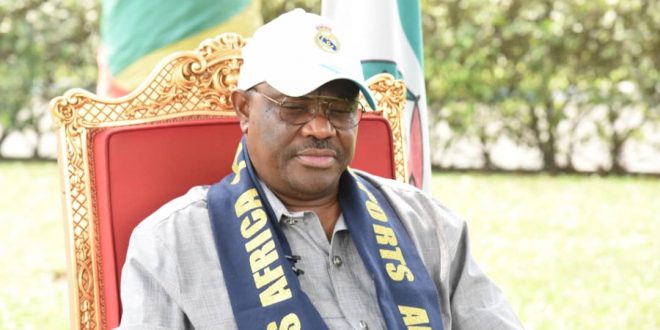 Members of Ogbakor Ikwerre USA and Canada, Inc., a non-political sociocultural group of Iwhnurohna indigenes in North America, have commended the Governor of Rivers State, Chief Nyesom Wike, for the bold steps he has taken to curb the spread of the deadly coronavirus in the state.

Members of the USA and Canada-based group have also urged residents of River State to comply with the Governor’s directive to save lives. The diaspora organization specially commended Governor Wike for his early action to order a lockdown of the state.

In a statement issued today from the office of OIUSA in New York, USA, the president of the group, Mr. Eric Welle, said that the diaspora organization urges residents of Rivers State to comply with the government’s stay-at-home order. Welle said that in the absence of a vaccine and a permanent cure for the disease, the way to defeat it is by staying at home.

“We commend the state government’s efforts to enforce the stay-at-home order because it is in the interest of all citizens from the local government to the  national level to comply with the directive,” Welle said, adding, “In many countries authorities have taken severe measures to ensure that people stay at home.”

Members of OIUSA and Canada observed that the world is dealing with a virus that is relatively unknown and has no known cure. “The virus has ravaged the Western world with worst damage in New York State and we do not want what has happened in America to take place in any part of Nigeria, and that is why we urge all citizens to comply with the state government order 006,” the OIUSA president said, adding, “What would happen in our state, our country, or our continent if coronavirus cases rose as high as it did in New York State?

Welle said: “Over a thousand of people die daily here in America because they ignored the stay-at-home order that was issued by authorities,” adding that “OIUSA urges all residents of the state comply with the governor’s directives on the COVID-19 pandemic.

Members of OIUSA and Canada commended the Rivers State Executive Council for supporting Governor Wike’s efforts to provide palliatives through the Agricultural Fund to help ease the pains and challenges associated with the pandemic.

According to Welle, “Our nation, Nigeria has underestimated this enemy, Covid-19, from the start, and we may pay a stiff price for it if we don’t follow the directives aimed at curbing the spread and saving the lives of Rivers State citizens and Nigerians.”