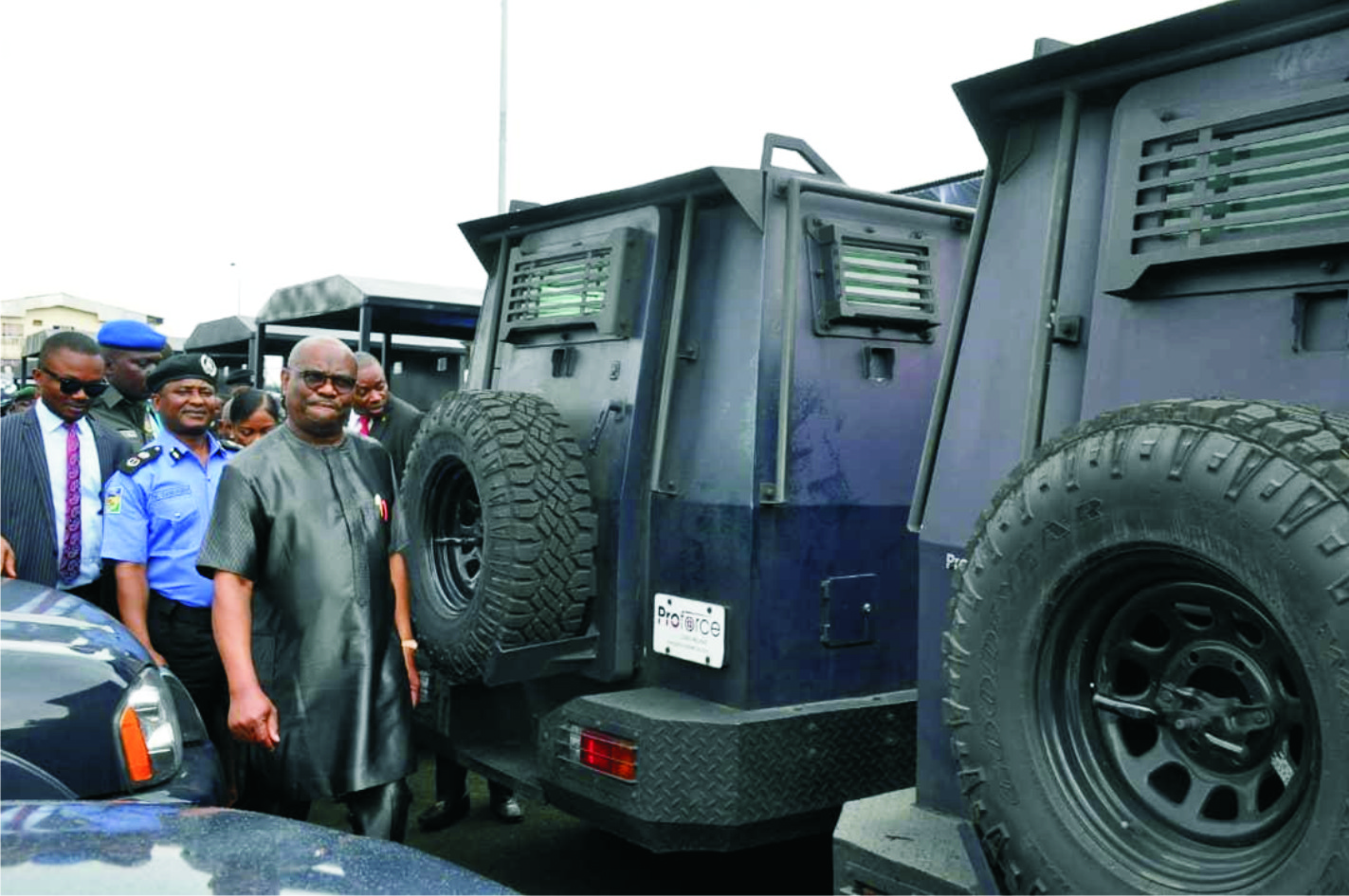 Following the recent return of peace to all the nooks and crannies of Rivers State where development thrives; many residents of the state were able to express their feelings to the Rivers State Government in collaboration with the police, which resulted in the quelling of militancy, killings, kidnapping, armed robbery and cultism, among others.
By this singular act, some of the residents who spoke to our correspondent, Bethel Toby, expressed their excitements, while others called for the beefing up of security in some LGAs.
Excerpts:

Dr Reuben Mietamuno Jaja, Industrialist, Opobo.
We should be grateful to God Almighty who has made it possible for peace to return to some extent in Rivers State within the life span of this dispensation.
I think Governor Nyesom Wike and the state police commissioner need to be commended for being able to curb the menace of militancy and other social vices which had retarded development in the oil-and-gas rich state. Any right thinking person should know that the problems we are facing today in Rivers State and across the country are interrelated and have to do with the changing times.
Godspower Amadi, Tricycle Driver, Elioparanwo.
It is true that there has been a reduction in the rate of armed robbery, kidnapping and cultism. But it all depends on which part of the state one is residing. Those of us who live in places like Ogbogoro, Ozuoba and parts of Emohua can attest to the efficiency of the OSPAC vigilante group imported from Ogba/Egbema/Ndoni Local Government Area.
This is in addition to the state government’s introduction of Operation Sting. I, therefore, wish that the government extends OSPAC to other parts of the state.
Gabriel Okere, Political Scientist.
I doff my hat for Governor Nyesom Wike and the state police commissioner among other security personnel for bringing lasting peace to the state. However, I implore the governor to ensure that jobs are created for Rivers youths while the police should stop abetting crime through lending guns and other dreaded weapons to miscreants.

Amaopusenibo Augustus Ebranga, Port Harcourt.
Of course, the issue of security in any organized society remains paramount. It baffles me that despite all efforts made by relevant government agencies, especially the police and the state government some years back, the scourge still persists. In my neighbourhood, Diobu axis of Port Harcourt, the crime rate is currently on the increase. Just recently, law abiding Nigerians residing in the area were robbed at gun point and, afterwards, three girls raped at Timber and Obi Streets, all in Diobu Mile II.
Government has done well, but more still needs to be done to completely eradicate this malady.
Mrs. Simbiat Alabi, Trader, Rumuomasi.
I thank you for this opportunity. Let me start by appreciating Governor Wike for his determination to chase criminals out of Rivers State. For the first time in a long while Rivers residents celebrated the Yuletide season without any major incidence.
I hear there is this vigilante group called OSPAC which is doing excellent work in some parts of the state. Thank God that the case of armed herdsmen is not yet rampant here, but that does not mean that we don’t need a community policing outfit like Amotekun in Yorubaland.

Ms Victory Godwin, Teacher, Port Harcourt. Let me use this opportunity to commend Governor Nyesom Wike and heads of security agencies in the state for ensuring that Rivers residents experience the current peace.
For some time now, the issue of militancy, rampant killings, kidnapping and cultism in our universities, polytechnics and even secondary and primary schools has reduced significantly.
Though to whom much is given, much is expected; government should beam its searchlight on youths in the rural areas.
Uche Ebirien, Student, Andoni.
There is relative peace in Port Harcourt and other parts of Rivers State, but that is not the situation in the Ogoni and Andoni axis of the state where cultists seem to be having a field day. Government should do well to revisit the Neighbourhood Watch programme as it will give further boost to what has been accomplished already.
Augustine Elemuwa, Farmer, Etche
In Etche, we have not seen much improvement. But I must confess that what we have now is better than the situation in 2015 and 2016. Armed robbery and kidnapping have actually gone down. The only troubling crime now is cultism.
The state government is actually trying its best. I particularly appreciate the governor’s support to the security agencies, especially with the launch of Operation Sting.
Miss Blessing Nuka, Hair Stylist, Port Harcourt.
Rivers State, particularly Port Harcourt, is now relatively peaceful. The only bad news emanating from this state in recent time were those traceable to the police due to their poor handling of the Ikoku 5 incident.
Kudos should go to the state government for supporting the police handsomely. The new police commissioner should also be commended for his good management of men and materials.
Calistus Nkwocha, Taxi Driver, Eleme.
Eleme has always been a hot zone security wise. But with the combined efforts of the present local government chairman and the DPO in charge of the area, we now enjoy relative peace. We can now sleep with our doors open without any fears, especially with the prevailing heat.

Chief Ikechukwu Ollawa, Businessman, Oyigbo.
It is my candid pleasure to appreciate all the efforts made by the state government and federal agencies charged with the responsibility of ensuring lasting peace, unity and stability in our state.
May I seize this opportunity to appeal to Governor Wike to, as a matter of urgency, reconstruct internal roads in Oyigbo.