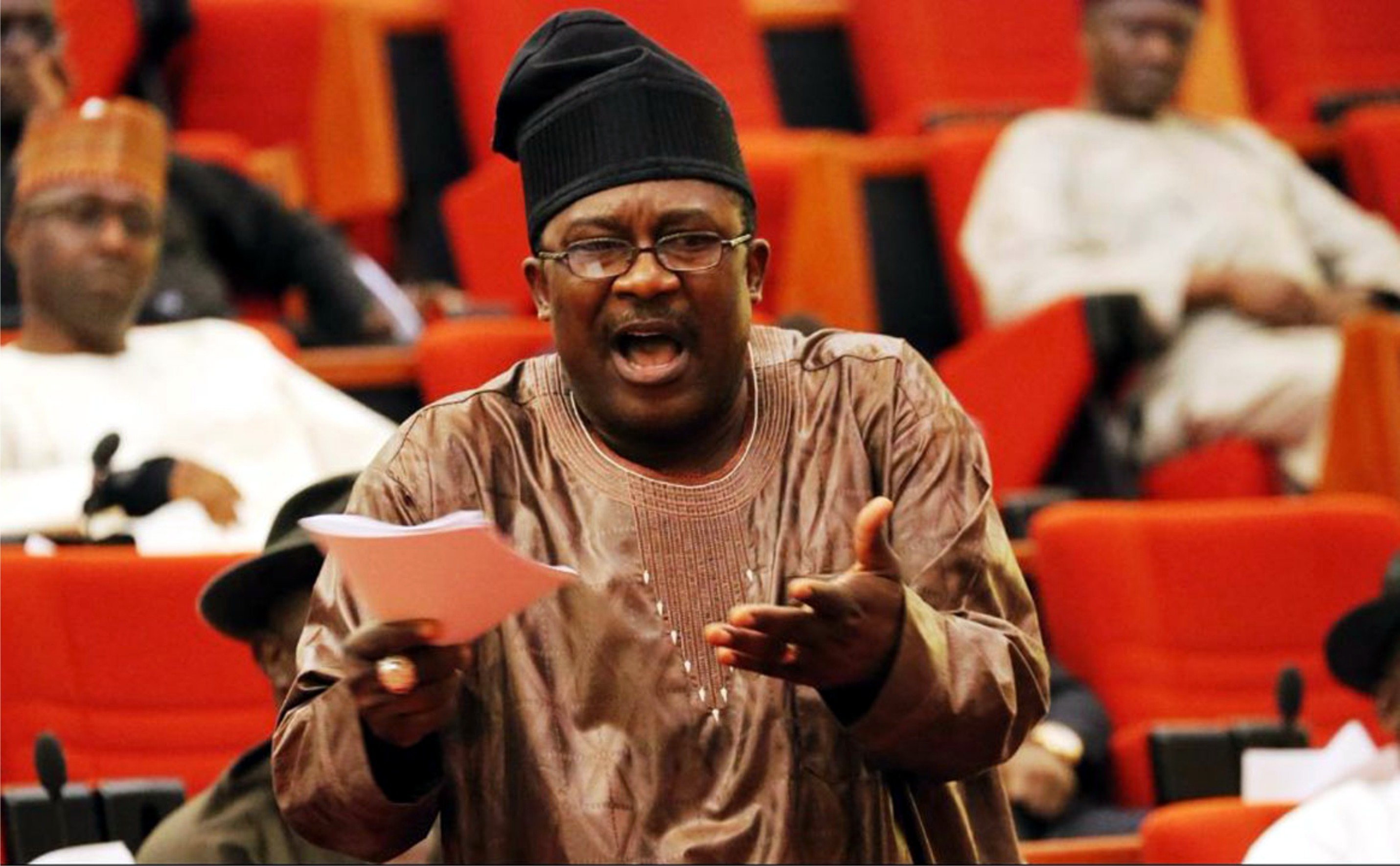 There was confusion on the floor of the Senate yesterday when the All Progressives Congress member representing Kogi West Senatorial District, Smart Adeyemi, said he preferred military rule to the current democracy being practised in Nigeria.
His submission caused a stir in the Senate as his colleagues vehemently opposed his opinion, describing his statement as anti-democratic.
Adeyemi spoke while contributing to the debate on the Bill for the Establishment of a National Electoral Offences Commission, sponsored by Senator Abubakar Kyari.
Kyari had said the Independent National Electoral Commission was too overwhelmed to effectively prosecute election offenders, hence, the need for a commission specifically for that purpose.
The President of the Senate, Ahmad Lawan, cautioned Adeyemi and said the opinion of the former National President of the Nigeria Union of Journalists was personal and did not represent the position of the Senate.
Other Senators like James Manager and George Sekibo also disagreed with Adeyemi by insisting that democracy was better than military government.
Adeyemi noted with anger, that the way democracy was being practised in Nigeria, particularly the electoral process, is nothing but a charade.
He said, “To say without any fear of contradiction that there cannot be democracy in any nation where we do not have a free and fair election.
“There will be a misrepresentation, bad governance, misappropriation of funds and all the shortcomings that we have witnessed over the years of the democratic rule.
“As a result, people of questionable character find their ways to elective positions.”
At that stage, the Senate President interjected and reminded the Kogi West Senator that Nigeria is currently in a democracy.
Obviously unperturbed, Adeyemi continued, “What I am saying is that having people rigged into executive position is the worst thing that can happen.
“I have said it over the years that military government is the worst but (the situation) is even worst now when you have people that are forcing themselves on the people.”
Also speaking on the issue raised by Adeyemi, Senator George Seikibo, said it was wrong for a Senator to express a preference for the military rule.

Niger Delta stakeholders have described as “unreasonable” and “vexatious” the plan by the Federal Government to substitute the Presidential Amnesty Programme (PAP) with the crude oil pipeline contract recently awarded to some persons in the region.
It warned that the plan would trigger another round of agitation and frustrate the campaign against oil theft in the region.
According to the stakeholders, made up of traditional rulers, elders, women groups, youth groups, former militant leaders and stakeholders from across the nine states of the Niger Delta region, the plan of the Federal Government was revealed by the Interim Administrator of the Presidential Amnesty Programme (PAP), Major General Barry Tariye Ndiomu (rtd), during a “Presidential Mandate briefing” with employees of the Presidential Amnesty Programme, last Wednesday, at the Sheraton Resort, Abuja, FCT.
They noted that part of the plan to shut down PAP was Ndiomu’s directive to the staff of the PAP to immediately commence the process of winding down the PAP prior to the expiration of his tenure on March 1, 2023; approximately 90 days before the end of President Muhammadu Buhari’s tenure of May 29, 2023.
The stakeholders, in a statement issued via electronic mail and signed by High Chief Maxwell Ayamabele, condemned the actions and steps taken so far by Ndiomu terming his action as “inexperienced, naïve, and disrespectful to all traditional rulers, women groups, youth leaders and former militant leaders that participated in the amnesty process under the leadership of late President, late Umaru Musa Yar’Adua.
“Since Gen Ndiomu’s appointment, the smooth operations of the Amnesty programme have shattered; causing serious tension across the region due to Ndiomu’s so-called presidential mandate to urgently terminate the Amnesty programme in exchange for the pipeline surveillance contract.
“Gen Ndiomu failed to meet with the relevant stakeholders that fought for the establishment of the Presidential Amnesty Programme to brief them and the people in the region about the reasons behind his plans to urgently terminate a programme that directly and indirectly benefits over a million families across the Niger Delta region.”
Ayamabele further cautioned Gen Ndiomu to desist from his plan to forcefully reduce the number of Amnesty beneficiaries in the different camps by almost 50per cent; from 30,000 ex-militants to 15,000, stating that such an illegal act to deny legitimate beneficiaries of the amnesty programme will surely be resisted.
They warned Ndiomu against “allowing himself to be used by the Fulani – Kanuri oligarchy against his own people to perform an impossible, dead-on-arrival plan,” stating that “all ex-militants and stakeholders across the nine states of the region will use every means necessary to resist him and the presidency’s plan during the remaining few months of the administration.”

The Nigeria Liquefied Natural Gas (NLNG) has expressed worry over a recent resolution of the Senate directing it to pay N18.4billion compensation for acquisition of right of way (RoW) across some communities.
In a statement in Port Harcourt, the company, said, it was evaluating the resolution and the circumstances surrounding it.
The statement read, “The attention of Nigeria LNG Limited (NLNG) has been drawn to a resolution said to have been passed by the Senate, following the consideration of a report by its Committee on Ethics, Privileges and Public Petitions, sequel to a petition relating to compensation for the acquisition of a Right of Way across some communities.
“NLNG is evaluating the resolution and circumstances surrounding it.
“NLNG wishes to state that it has always conducted its business responsibly and in accordance with the laws of the Federal Republic of Nigeria, including in this specific matter”.