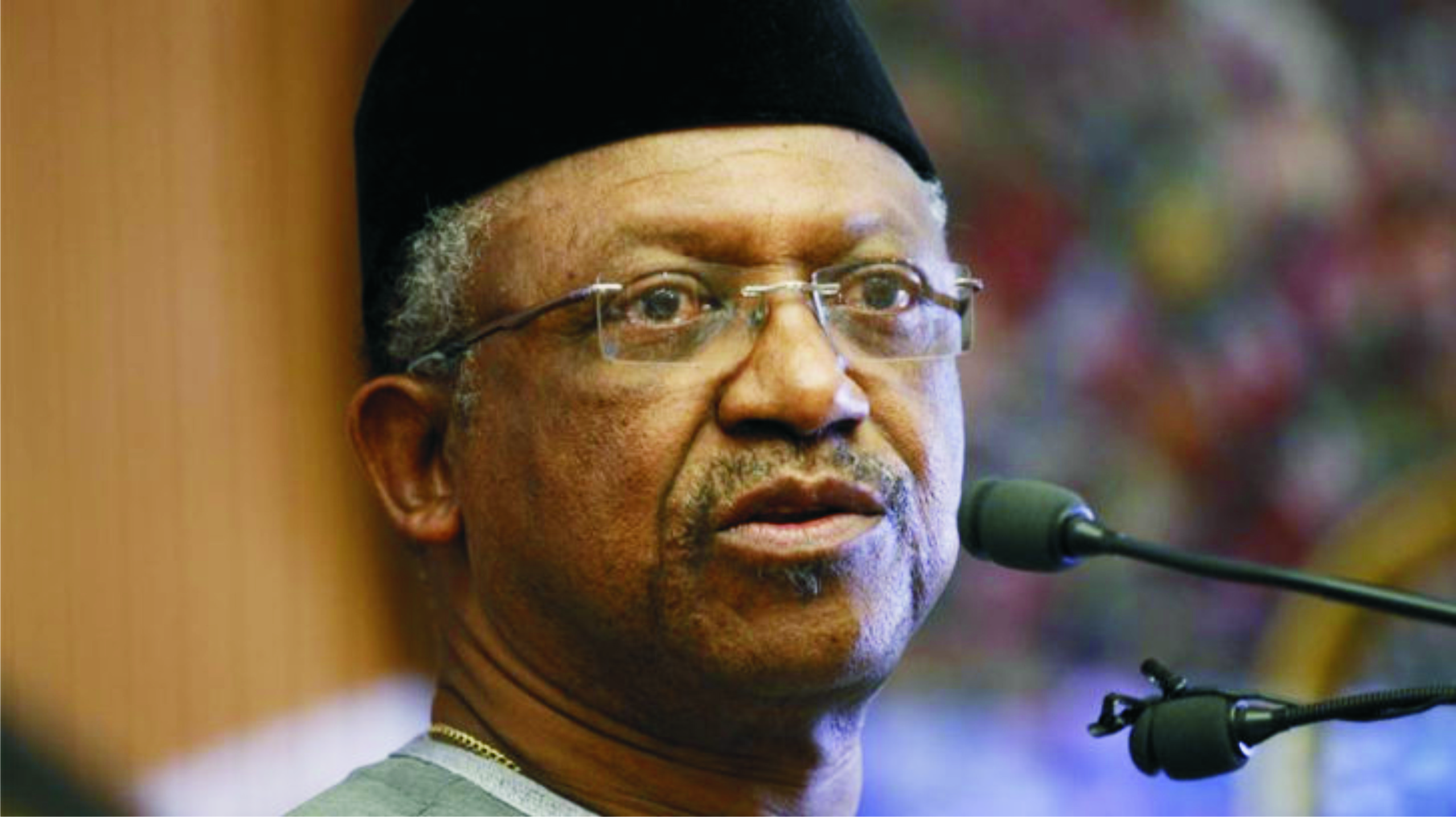 The Federal Government, yesterday, confirmed that aside from the index case of an Italian businessman that tested positive to coronavirus last week, there was no new case as of Sunday, March 1, 2020.
Minister of Health, Dr. Osagie Ehanire, who addressed journalists in Abuja, yesterday, however confirmed that significant successes had been made as regards contact tracing from the index victim.
He said: “Since the confirmed case last week, we have focused our efforts at containment, contact tracing, risk communications and management of the index case. As of March 1, 2020, no new confirmed case has been recorded anywhere in Nigeria.
“About 13 or 14 tests have been done and no one was tested positive for coronavirus except the Italian that was diagnosed last week. There were 156 passengers that were on board the flight that brought the index cases. Port Health officials have been of great support to Lagos and Ogun states government particularly in contact tracing and other response cases.
“Currently, 19 contacts from the index cases have been identified in Lagos State while 39 contacts have been identified in Ogun state.
“We are in touch with these contacts and they are under self-supervised isolation and states have supported their necessary needs.
“Plateau State government reported four cases among Chinese nationals and none of the cases tested positive of coronavirus. However, the state government has placed them under self-supervised isolation.”
He said multi-sectoral Emergency Operational Centres (EOCs) have long been activated and are being coordinated by the Nigeria Centre for Disease Control (NCDC). Additionally, he said that states have also activated their EOCs.
He advised Nigerians to focus on facts and avoid panic. He also discouraged the spread of fake information on social media which could stir up unnecessary panic.

The Rivers State Commissioner of Police, Mr Friday Eboka, has urged candidates of the various political parties in the state to go about their campaigns peacefully.
Eboka, who was yesterday promoted to the rank of assistant inspector-general of police (AIG), said this while addressing a security and stakeholders meeting, including parties and the INEC, at the Police Command in Port Harcourt.
Eboka emphasised the need for the parties to abide by the rules and refrain from using abusive languages and utterances capable of heating the polity ahead of the elections.
He stated that security outfits that are not recognised by the constitution would not play any role during campaigns and on the election days, even as he urged the parties to submit their campaign timetables.
Eboka said a committee would be set up to check the dates and venues chosen for campaigns to avoid any possible clash.
The CP said, “All the parties should work out their timetables, submit them, and send their representatives so that they will streamline the timetables in advance.
“They should sit down, work it out and ensure that no political party will clash on a particular day and in any venue.
“If you don’t do that and you submit your application and we find out that somebody else has applied for the same day and same town, we will advise you to choose another day and time to avoid a clash.”
Some of the candidates voiced out their concerns on security and other issues, calling on the police and other security agencies to be proactive.

Over 300 members of the All Progressives Congress (APC) across Rivers State under the auspices of Grassroots Movement of Rivers State, last Thursday, defected from their former party to the Peoples Democratic Party (PDP).
The decampees led by the Coordinator of the group, Norisha Pepple, who made the renunciation at the PDP secretariat in Port Harcourt, said their decision was informed by the quality leadership Governor Nyesom Wike was giving to Rivers people.
Pepple said their action was also in solidarity with their Patron, George Tolofari, who had earlier moved to the PDP, assuring that they would do all they can to ensure victory for PDP candidates in the 2023 elections in the state.
Speaking earlier, the Patron of the group, George Tolofari reiterated that members of the various political parties in the state, especially the APC, were coming to the PDP in their numbers due to the exceptional leadership qualities of Governor Nyesom Wike.
According to Tolofari, he left the APC because the PDP, which he described as a credible party, has found an Ibani son worthy to fly its Gubernatorial flag, saying that the gesture was more than edifying to him.
Receiving the decampees, the State Chairman of the PDP, Amb Desmond Akawor, hailed them for the bold and courageous step taken to dump their former party, saying that they could not have done otherwise following the failed promises by the leader of the APC in the state.
“You were once PDP members before somebody gave you sweet talks and told you that it will be one Naira to a Dollar; that there will be a deep sea port in Bonny; that there will be railway lines from Port Harcourt to Maiduguri; and you waited and you didn’t see those things; and you said no, the only thing you need to do is to come back home because the man that made a promise that there will be Oil and Gas Polytechnic in Bonny, made it happen. The man that told you that Bonny National Grammar School will be rebuilt made it happen. And for that reason, you need to follow the man thatis experienced and the man who has spoken before and it happened”, Akawor stated.
Quoting the statements of AkwaIbom State Governor, Udom Emmanuel, recently, “All politics is local, leave Abuja and go to your state to deliver your party”, Akawor maintained that that was exactly what the PDP in the state was doing.
He argued that there was basically something that the PDP has that the other political parties donot have, which accounted for the mass movement from them to the Peoples Democratic Party.
He also used the forum to explain that the Governorship candidate of the party, Siminialayi Fubara, emerged on the basis of fairness, justice and equity to the three senatorial districts of the state.
“Ordinarily, go and check the voting strength, you will see that it would have been difficult for an Ibani man to be governor but because there has to be fairness, everybody has to be fair to the other, and there has to be equity and justice. The same cry our leader is crying at the national level that we should all be fair to one another. Not because you think you have the number, others should be muzzled, others should be squeezed out. If not for such decision, it should have been difficult for an Ibani son to emerge as governor because the number is not there”, he said.
Akawor enjoined the people at the grassroots to support what the leadership of the state was doing, saying that the party would continue to receive those who were returning to it because the other party had totally collapsed.
While commending Governor Nyesom Wike for making Rivers people proud through his exemplary leadership qualities and exceptional performance, the state PDP chairman called on the people to support the governor to achieve a successful transition.
The decampees were, thereafter, received formally by the chairman and the entire leadership of the party after being presented with the Umbrella, the symbol of the PDP.
The Secretary of the party, Dr Benibo George, expressed gratitude to the returnees for their conviction that the PDP was the only credible alternative, following the failure of the APC in the state.
He observed that the returnees have also demonstrated good followership by aligning with the decision of their leader to join the PDP.
Representatives of the three senatorial districts and the women delivered solidarity speeches at the event, corroborating their readiness to add value and not only numbers to the PDP.

Rivers State Governor, Chief Nyesom Wike, yesterday, attended the funeral service of Mrs. Gladys Ukalina Ideozu in Ahoada, where he condoled with Senator Osinakachukwu Ideozu over the demise of his wife.
Late Gladys Ukalin aIdeozu was the wife of Senator Ideozu, who represented Rivers West Senatorial District from 2015 to 2019.
In his condolence message, Wike said, he, his wife, the government and people of Rivers State were pained by the sudden death of Mrs. Gladys Ukalina Ideozu.
“It is with deep sadness that my wife and I heard of the death of your beloved wife, Mrs. Gladys Ukalina Ideozu.
“Losing a beloved wife is a difficult thing to experience. No one can, therefore, imagine how painful and devastating it is for this loss. Our hearts and prayers go out to you and the rest of your family at this very difficult period of grief.”
Wike described the deceased as a kind, caring and passionate woman, who lived a very remarkable life.
According to him, the late Mrs. Ideozu was a devoted and true Christian who radiated the love of God to everyone she met.
“She served God and humanity with extraordinary passion. Certainly, her death is a great loss not only for you but also a loss for all those whose lives she touched with her caring and impactful life of devotion to service and love for humanity”.
The governor further remarked that her legacy of service and good deeds would continue to keep her memory in the hearts of her family and friends forever.
“Please, accept my heartfelt condolences on behalf of my wife, the government and the people of Rivers State, and may God give you the fortitude to bear the irreparable loss as we pray for the peaceful repose of her soul in heaven.”
Wike was accompanied by the Peoples Democratic Party (PDP) standard bearer in Rivers State, Sir Siminialayi Fubara; former Deputy Speaker, House of Representatives, Rt. Hon. Chibudum Nwuche; former Rivers State Commissioners of Health and Transport, Dr. Sampson Parker and George Tolofari.