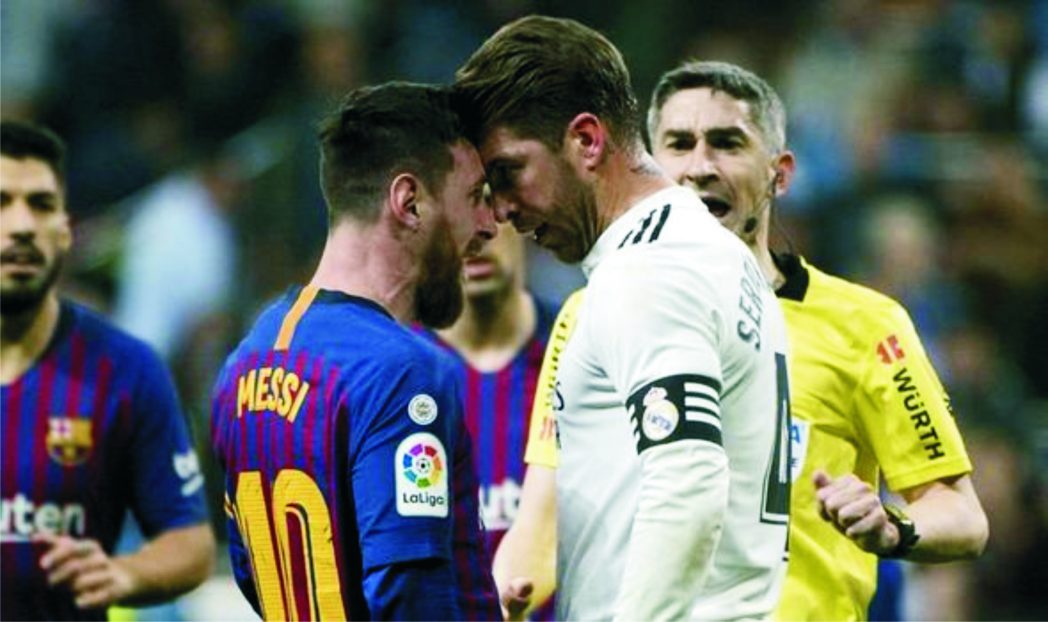 Anything can happen when Real Madrid host Barcelona in El Clasico on Sunday, according to Fernando Hierro.
Barca head into the clash at the Santiago Bernabeu top of LaLiga, having capitalised on Madrid drawing with Celta Vigo and losing to Levante in their previous two matches to go two points clear.
Following a 2-1 home loss in the first leg of their Champions League last-16 tie with Manchester City on Wednesday, Zinedine Zidane’s side have won just one of their past five games in all competitions.
While the form book therefore suggests Barca have the upper hand, Hierro – a five-time LaLiga and three-time Champions League winner with Madrid – believes it is impossible to anticipate the outcome of any match between the clubs.
“The most important thing, given the rivalry, is the joy everyone feels: the club, the fans. And how it really gives you a boost. But anything can happen in El Clasico, as we’ve seen, said Hierro.
“We lost when we were LaLiga champions, we lost at home when we virtually had LaLiga wrapped up, we’ve won in Barcelona when nobody expected us to. There are no guarantees in El Clasico.
“The standings don’t matter; your form doesn’t matter. It doesn’t matter if you’re top of the table, or if you’re LaLiga champions.
“They’re special games. Anything can happen, and that’s fantastic,” said Hierro.

MFN Prepares For Championship In Tunisia