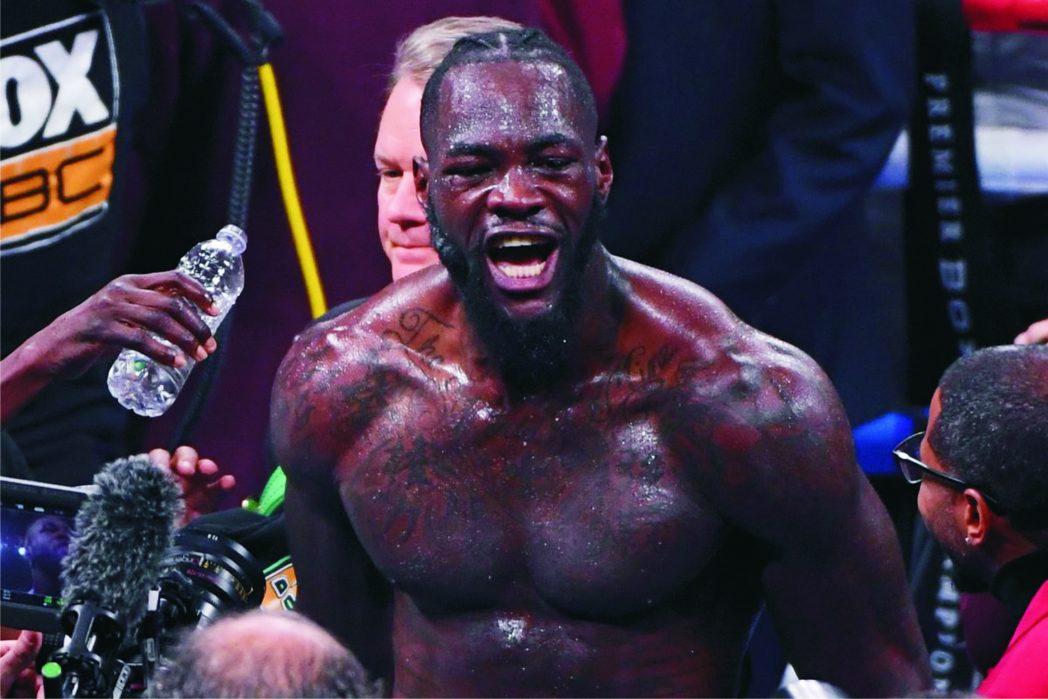 Deontay Wilder has blamed his elaborate ring-walk costume for his WBC heavyweight title defeat by Tyson Fury.
The American, 34 said his costume was too heavy and as a result he “didn’t have the legs” for the fight.
Britain’s Fury, 31, produced a dominant display to win the title in Las Vegas on Saturday when Wilder’s corner threw in the towel in the seventh round.
Wilder also told US media he will exercise his rematch clause for a third fight against Fury.
“Fury didn’t hurt me at all, but the simple fact is that my uniform was way too heavy for me,” Wilder told Tidesports source
Wilder said the costume, which featured armour, a mask and a crown, weighed at least 40 pounds (18.1kg) and was a tribute to Black History Month.
Fury was carried to the ring on a throne, while also wearing a crown.
“I didn’t have no legs from the beginning of the fight – in the third round, my legs were just shot all the way through,” added Wilder.
“I was only able to put it on [for the first time] the night before but I didn’t think it was going to be that heavy.
“I wanted it to be good and I guess I put that before anything.”
Fury floored Wilder with a jab and right-hand combination in the third round before a left hand to the body sent the previously unbeaten Wilder down again in the fifth.
Wilder was taken to hospital after the fight but said he did not suffer a concussion, broken ear drum or broken jaw as had been speculated, but did require stitches to close a cut in his ear.
He also criticised assistant trainer Mark Breland for stopping the fight.
“I am upset with Mark for the simple fact that we’ve talked about this many times and it’s not emotional,” he said.
“It is not an emotional thing, it’s a principle thing. We’ve talked about this situation many, many years before this even happened.
“I said as a warrior, as a champion, as a leader, as a ruler, I want to go out on my shield.
“So I told my team to never, ever, no matter what it may look like, to never throw the towel in with me because I’m a special kind. I still had five rounds left. No matter what it looked like, I was still in the fight.”
“I understand he was looking out for me and trying to do what he felt was right, but this is my life and my career and he has to accept my wishes.”

Kroos Opens Up On Transfer Talks With Man Utd, Liverpool