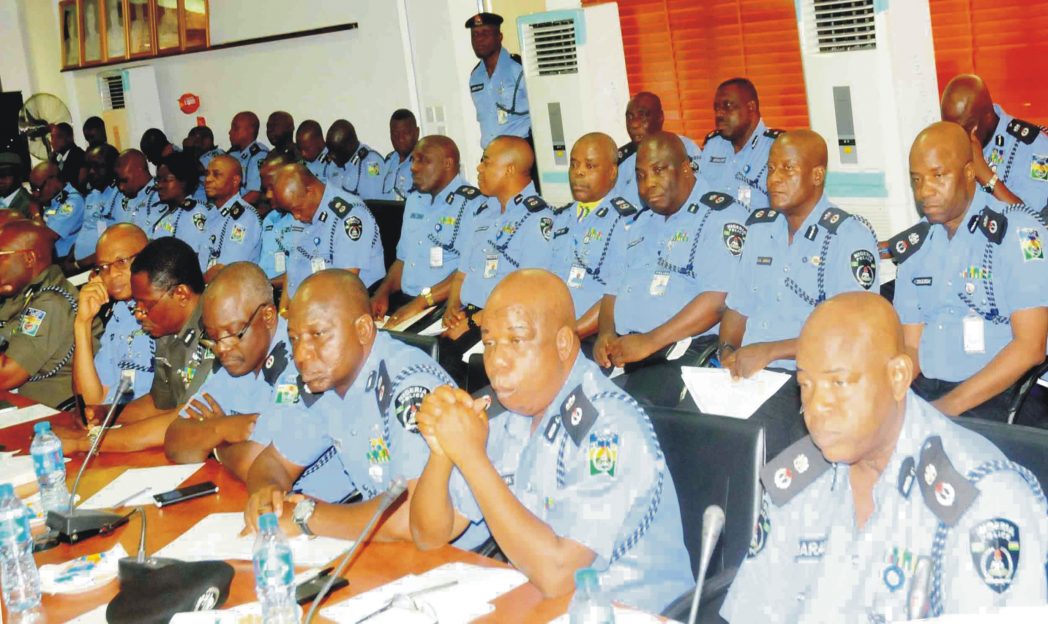 The panel of enquiry set up by the Enugu State Police Command in the wake of the alleged attack on a staff of the Women Aid Collective, WACOL, has indicted the non-governmental organisation.
Our correspondent reports that the panel’s report was submitted to the Enugu State Police Commissioner, CP Ahmed Abdurrahman at the State Command headquarters yesterday.
WACOL had alleged that policemen from the Abakpa Area Command invaded their office and beat up a female lawyer, Goodness Ibangah to stupor over ongoing investigation on a rape case the NGO reported to the police.
However, the panel in its report has now come out to say that investigation showed that no one was beaten up either at the WACOL office or at the Area Command.
The report was presented by a member of the panel, Barr. Onuora Okeke.
The panel accused the WACOL Director, Prof. Mrs. Joy Ezeilo of misleading the public with false information.
“Allegation of beating could not be substantiated. There was no form of beating or detention of any WACOL staff. No property or belonging of WACOL was also destroyed,” the panel said.
Part of the report said: “The panel’s findings did not disclose any form of dragging, beating or detention of any WACOL staff at the Area Command Headquarters Enugu on 30th January, 2020.
“A closer scrutiny of testimonies received by the panel, especially the water-tight cross examination, show a great level of discrepancies on the part of WACOL as an organization, particularly in their statement issued on 31st January, 2020.
“The allegation by WACOL that the investigating police officers destroyed WACOL’s office doors in the process has been discovered to be untrue.
“It was further discovered in the panel’s finding that the only place the investigating police officers had squabbles, which led to dragging, was at the doorstep of wacol’s Head of Communications, Egodi Igwe.
“The allegation of beating any of wacol’s staff to stupor on 30th January 2020 was found to be untrue.”
It equally came hard on Ezeilo and the alleged victim of the said police brutality, Barr. Goodness for refusing to appear before the panel.
“Ezeilo’s action of not attending the hearing is most uncivilised; she issued press statements without cross-checking her facts,” they further stated.
It, however, said the policemen involved in the said incident acted with non-challance by not differentiating between arrest and invitation, stressing “the force on Goodness was unreasonable and avoidable.
“They carried out arrest as opposed to invitation.” 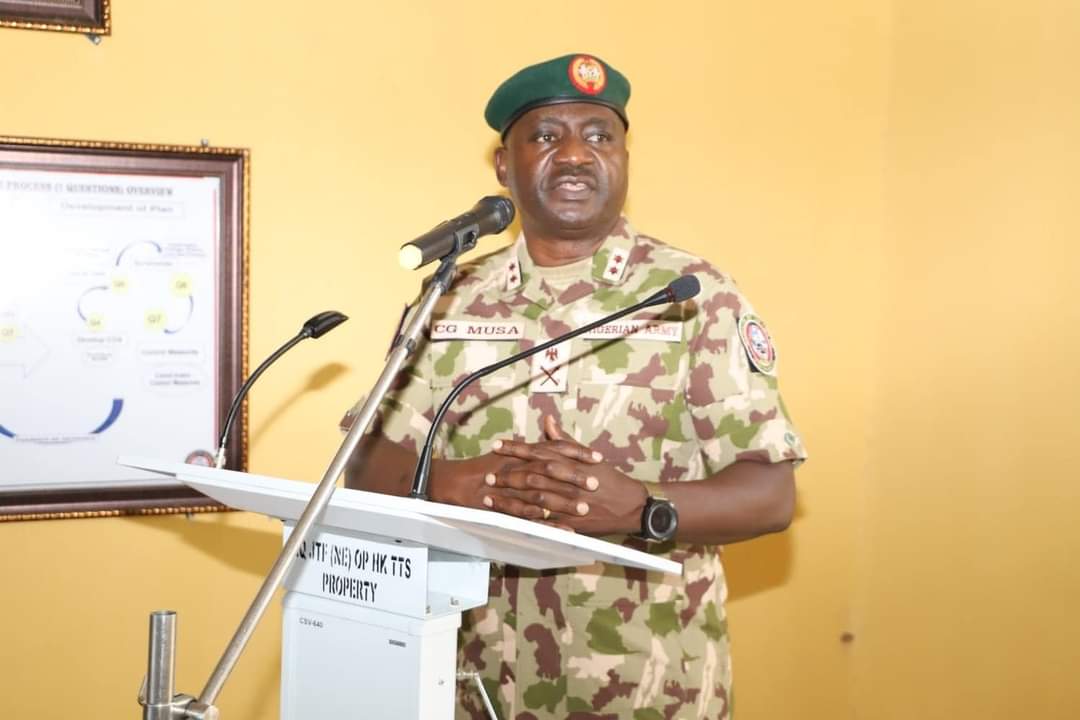 Former military president, Gen. Ibrahim Babangida (rtd) has called on youths to make efforts to be more knowledgeable about the nation’s history as Nigeria marks its 62nd Independence anniversary.
Babangida told newsmen, yesterday, in Minna, that a good knowledge of the nation’s history would guide the youths in their search for a better Nigeria.
According to him, it was necessary for the youths to know what Nigeria’s founding fathers went through to keep it strong and united.
“Seven years after independence, we went through a civil war and came out of it. The main goal was to keep Nigeria united. We succeeded in achieving that.
“Since then, successive governments, both civilian and military, have strived to keep us united as one entity,” Babangida said.
He lauded President Muhammadu Buhari’s efforts toward tackling security challenges bedevilling some parts of the country, urging all to support efforts by the government and security agencies.
“Nigerians must support security agencies with the information required to track down criminals. Government needs everyone’s support to fight this deadly insurgency,” he said.
He called for peaceful coexistence among Nigerians toward smooth conduct of a free, fair, and credible election in 2023.
Also speaking, the President Muhammadu Buhari, and his Chinese counterpart, Xi Jinping have exchanged felicitations on the occasion of the two nations’ independence anniversary on October 1.
According to a statement by Special Adviser to the President on Media and Publicity, Femi Adesina, while Nigeria marks its 62nd anniversary, China is celebratingit’s 73rd.
In his letter congratulating the Chinese President on the anniversary, Nigeria’s president stated that relations between the two countries have “achieved far-reaching and fruitful results on the basis of equity, mutual trust and mutual benefits,” adding that Nigeria seeks to elevate the strategic partnership to a new level.
Buhari commended China’s accomplishments under the leadership of the Communist Party of China (CPC), to which President Jinping doubles as General Secretary.
“As the 20th National Congress of CPC will be held in October, I wish this historical Congress a great success, and also hope it will draw up blueprint for China’s future development.”
On his part, the Chinese President, Xi Jinping, said the Sino-Nigerian relations enjoy “sound momentum, with political mutual trust being enhanced, cooperation in various fields yielding fruitful results and coordination on international and regional affairs being closer.”
He added, “On the occasion of the 62nd anniversary of the Independence of the Federal Republic of Nigeria, I would like to, on behalf of the government and the people of China, and in my own name, extend to you and through you to the Nigerian government and people, the warmest congratulations and best wishes.
“I wish the Federal Republic of Nigeria prosperity and its people happiness.”
Similarly, as the nation celebrates the 62nd Anniversary of its Independence, Rivers State Deputy Governor,Dr.Ipalibo Harry Banigo, has urged Nigerians to continue to keep hope alive that the country will be great again.
Banigo stated this in her goodwill message in Government House, Port Harcourt, yesterday, to felicitate with Nigerians at 62nd Independence anniversary.
She reminded them that the 2023 General Election presents the nation an opportunity to elect credible leaders that would turn around the fortunes of the country, stressing that the power of fast tracking the growth of the nation lies in the choices they make at the polls.
The deputy governor, who reiterated the commitment of the Wike-led administration’s determination to continue to give the Rivers people a good lease of life, urged them to continue to support and vote all candidates of the Peoples Democratic Party in the upcoming elections to continue to enjoy the dividends of democracy.
Also reacting, the Rivers State gubernatorial candidate of the Peoples Democratic Party (PDP), Sir SiminalayiFubara, felicitated with Nigerians, and expressed hope for a new dawn as the nation marks her 62nd independence anniversary, today.
Fubara, in a statement signed by his Deputy Media Assistant, Bon Onyedi, in Port Harcourt, last Thursday, said that the coming days would usher in a fresh start and would be the threshold to the attainment of the people’s aspirations by galvanising their potentials for prosperity and development.
He noted that although the nation, as an entity, had faced monumental challenges since gaining independence, with the most painful experience occurring in the past seven years, there was great hope lying ahead as seen in its sub units like Rivers State that have maintained development momentum due to quality leadership.
The governorship candidate urged the people to pray for the peace and progress of the nation in general and Rivers State in particular as the anniversary occasion ushers the country into the electioneering season.
He further congratulated the state Governor, Chief Nyesom Wike, for his commitment that led to the recovery of Rivers State assets, especially the Legacy 600 Bombardier Aircraft that had been carelessly abandoned in Germany by the previous administration. 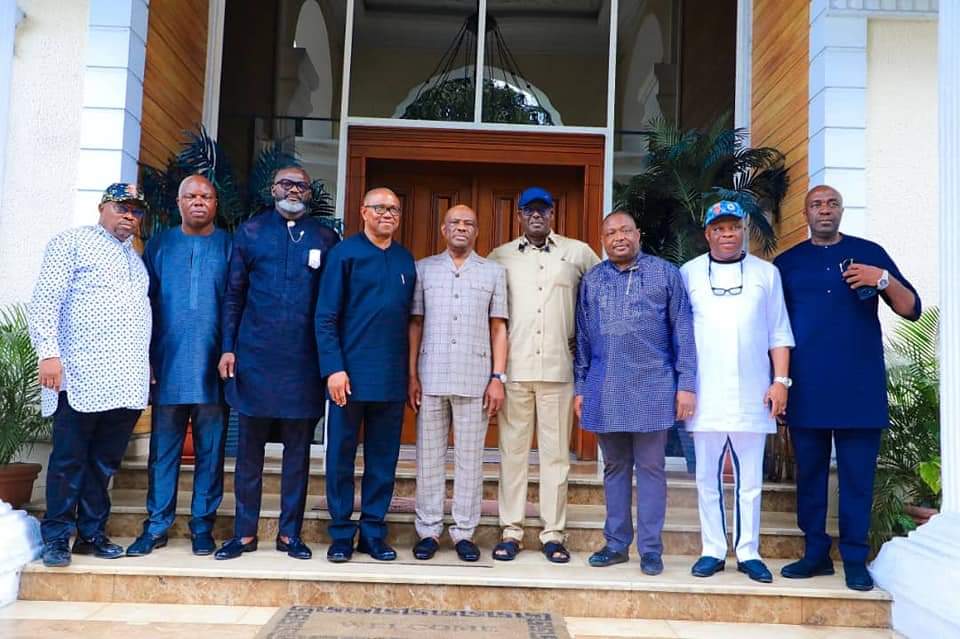 The Rivers State Government has encouraged international oil companies (IOCs) to be particularly attentive to the socio-economic development needs of host communities.
The State Chief Executive, Chief Nyesom Wike, stated this during the Ikike First Oil ceremony organised by TotalEnergies EP at TotalEnergies Office in Port Harcourt, last Thursday.
Represented by his Deputy, Dr. Ipalibo Harry Banigo, Wike said, “As a state government, we will always ensure a secure working environment for the operators in the state such as TotalEnergies. In cognisance of the major role oil plays in the GDP of the country, we commit to the safeguard of oil installations and its workers across the state”.
According to the governor, Rivers State would continue to remain safe for investors, stressing that the success story of Ikike First Oil proves the fact that it was worth the while inviting investors to come to the state, which he described as a safe haven for businesses to thrive.
He commended the management and staff of the company for achieving the first oil from the Ikike Offshore Project, thereby recording a milestone with start-up of the Ikike field development project.
In his remarks, the Managing Director, Total Upstream Companies in Nigeria, Mr. Mike Sangster, said the Ikeki field, which was launched before the COVID-19 pandemic, produces 50,000 barrels of crude oil daily, noting that the project would serve as a template for future projects, as it offers them an opportunity to develop Nigeria.
He said the construction, which was done in the Nigerian yard, generated 3,000 direct and indirect jobs during the period.