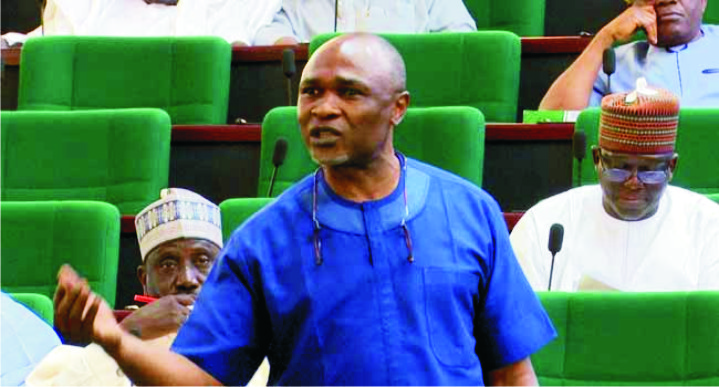 A member of the House of Representatives, Hon. Kingsley Chinda, has called for sincere and more robust participation in governance, noting that getting involved and making reasonable contributions are the right steps to making society better.
Chinda, who represents Obio/Akpor Federal Constituency in the House of Representatives, made the call while speaking at an Evening of Poetry and Tributes organised by the Ken Saro-Wiwa Foundation in honour of late Ogoni activist, author and environmentalist, Patrick Naagbanton held in Port Harcourt, weekend.
The federal lawmaker recalled having a discussion with the late author and environmentalist (Patrick) where he told the latter that the political space was in dire need of selfless people who wish society well.
According to him, during one of my interactions with him (Patrick), I told him that in government circles, we have very few comrades. And the few comrades that we have are not making the required impact or changes, I don’t know whether we have too much water in our mouths.
“But very sincerely, all our efforts are to change society. And I don’t believe that sitting outside, we can truly change this society. If we can, perhaps, we need to change our style to change this society.
“What I mean is to encourage people who very sincerely wish society well. People who are prepared to be selfless in their service to humanity, people who are not after material things, people who are not after bettering their own lives first before that of the people they serve, to involve in public service.
“That is the only way we can better our country. As long as we stay away from government and governance we cannot change the society. Government and governance is serious business and it requires serious minded people to be involved. It is not enough to criticize people, provide an alternative,” he stated.
Hon. Chinda, who also wrote a poem in honour of the late Ogoni activist which he read to the admiration of the gathering noted that the life of the late environmentalist reemphasises that it is not how long, but how well you live your life, saying, “The life of Patrick should impact on us positively because he lived a good life.”
He revealed that Patrick had motivated him to put something on paper even after he opened up to him that he didn’t have the flair to write a book, saying, “He told me that one thing you need to do to live a mark is not the number of houses you build, not the quantum of wealth you have, but that writing books is one thing that can live you and live your name even after you. That I should start something.
“I am presently writing a book ‘Annotation of the Rules of House of Representatives’. I expect that by the first quarter of next year, that book will be out. It is about 85 to 90 per cent done. I still attribute that (the feat) to that discussion I had with him. It was an encouragement; it is only unfortunate that he is not alive to witness the unveiling of that book,” the federal lawmaker lamented
Hon. Chinda,, a former Commissioner for Environment in Rivers State, however, said that Patrick still lives not because of the things he has left behind, though he will be dearly missed, saying, “We might be mourning, but perhaps the person who has exited is happy because he is going to live a new life, But the thing that behoves all of us is that we must be ready.”