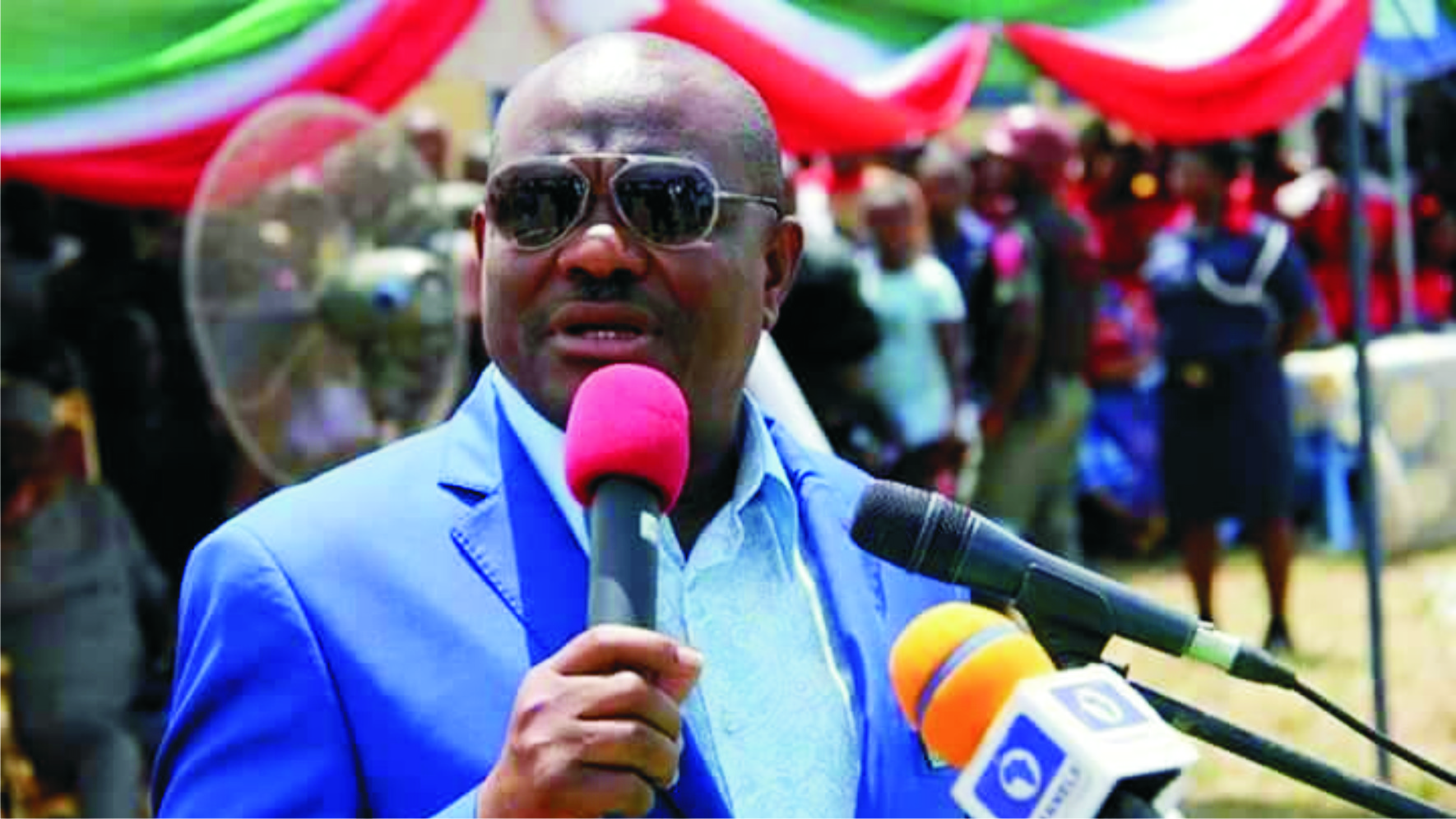 The people and residents of Bundu Ama in Port Harcourt City have cried out over the deplorable condition of their only road and appealed to the Governor of Rivers State, Chief Nyesom Wike to rescue them.
Speaking to our correspondent, Chairman of Bundu Ama, Chief Tamunokonbia Sunday, said the condition of the road as at present is terrible.
He said taxi drivers that ply the route have shunned the route because of the condition of the road.
“ Taxis are very low and the potholes are about six feet deep, so they can no longer pass through them freely”, he said.
The chairman, who lamented that people of the area are suffering daily on the road, appealed to the state government to help them fix the road.
Chief Sunday said during sanitation days the community organise youths in the area to fill some of the potholes with blocks and stones, but lamented that with little rainfall, all such efforts were washed away because of the nature of the drainage.
“Bundu is a PDP community with over 63,000 voting strength. It is Ward five, which is regarded as the political armament that decides the vote of Constituency 1 in Port Harcourt City.
“We are calling on our Governor, the Mr Project, to come and help us. He can come or delegate people for sight seeing and know what we are passing through on daily basis”, the Chairman said.
Also commenting on the issue, the leadership of the National Union of Road Transport Workers (NURTW), through the Vice Chairman of the Union, Mr Eugene Mbachu, said the condition of Bundu road has been of great concern to its members.
“Each time the community would ask us to contribute money to repair the road. We are appealing to the state government to help us.
“Bundu is part of Rivers State. Let the Governor, the Mr Project, come and help us because we all voted for him”, he said.
A taxi driver , Godwin Peter , who plies Bundu- Lagos Bus stop route, lamented that the little gain they make goes for maintenance of their vehicles.
Peter, who stated that he has operated on the route for over four years, disclosed that most of their members have left the Bundu route because of the terrible nature of the road.
Another taxi driver, Pastor Yeme Johnson, said for the past two years the situation of the road has worsened such that taxi drivers are shunning the route.
He therefore called on the State Government to come to the aid of the people.
A businessman and resident of the area, Chief Maxwell Bassy, said the major problem affecting any resident of the area is the deplorable condition of the road.
“Each time you are returning to your residence and call taxi drivers for a drop to Bundu, they will look at you as if you want them to take you to hell.
“If you are lucky and they accept to go, they will charge you so high and if you are carrying any load, sorry for you.
“The road is terrible and it is as if Bundu is not part of Port Harcourt. Let Governor Wike, our Mr Quality Project, hear the cry of Bundu residents and help us “, he said.