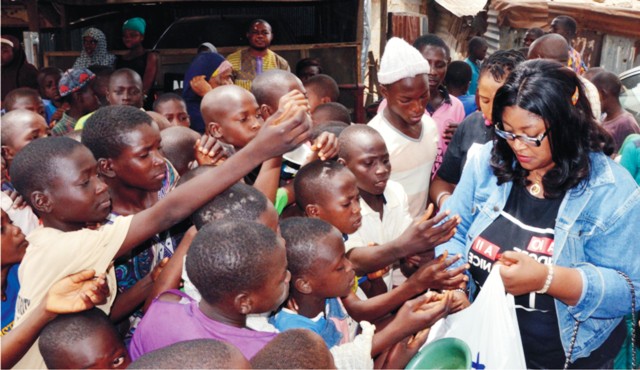 A British national, Faye Mooney, was among the victims of the attack on Kajuru Castle in Kaduna last Friday by unknown gunmen who also abducted three others.
The victims were said to have travelled from Lagos to have some fun at the resort when they were attacked around 11pm.
Mooney, who worked with a non-governmental organisation, Mercy Corps, was killed alongside Mathew Oguche, a staff member of an international NGO, Safety Organisation.
The British High Commission in a statement by the Head of Communications, Policy and Corporate Lead, Department for International Development, David Smith, in Abuja yesterday, explained that the deceased Briton’s next-of-kin had been notified.
The commission stated that it was offering consular assistance to her family while also engaging with the Nigerian authorities on the incident.
While offering its sympathies and condolences to the family and friends of the victims of the attack, the Mission said it would not comment or speculate on the motive or nature of the attack ‘at this time.’
The statement said, “The British High Commission is aware of an incident involving the death of a British national and a Nigerian national in Kaduna State, late on Friday evening.
“Mooney was killed on Friday, 19 April, 2019 in an attack at Kajuru Castle, near Kaduna, alongside a Nigerian national, Oguche.
“ Mooney was employed in Nigeria with the NGO, Mercy Corps. Oguche worked for the International NGO Safety Organisation.
“Her next-of-kin has been notified and we are offering consular assistance to her family. We are engaging with the Nigerian authorities, and we understand an investigation is underway.”
Meanwhile, the Senator representing Kaduna Central at the Senate, Shehu Sani, has warned tourists and any adventurer thinking of visiting Kaduna, to stay away, at least, for now.
He said his advice was based on the observation that gunmen who have laid siege in the state meant business.
Sani made this known via his verified Twitter handle @ShehuSani, yesterday; just as the Kaduna State Government announced its partnership with the World Bank Group and the Rockefeller Foundation to launch what it called @ClickOnKaduna — a set of digital programmes designed to train youths aged 18-40 including women and disadvantaged groups with digital skills and digital entrepreneurship skills.
Sani had tweeted: “All those una wey wan come up here do tourism, escortion (excursion) or sight-seeing, make una chill, this gunmen no dey joke, life no get double.”
It would be recalled that last Saturday, two people were shot dead by persons suspected to be terrorists, while three others were abducted during a social gathering at Kajuru Castle, a popular resort in Kajuru Local Government Area of Kaduna.
The Kaduna State Police Command, yesterday, said one of the persons killed at Kajuru Castle was a British female expatriate, and identified her as Miss Faye Mooney.
The state Command’s Public Relations Officer, DSP Yakubu Sabo, who revealed this, said efforts were ongoing to safely recover those kidnapped and get the suspects arrested.
Earlier yesterday, the Kaduna State Police Command had said it had restored law and order on Nnamdi Azikiwe Expressway after irate youths blocked the bypass over an alleged overnight kidnapping in Kaduna.
At about 1:00 a.m., suspected gunmen stormed Rariya community near Kabala and allegedly kidnapped some people, leading to protests over the incident.
A resident, Abubakar Ladan, alleged that three women, a teenager and a man were kidnapped.
The Command Public Relations Officer, DSP Yakubu Sabo, confirmed the incident.
Sabo said when the incident was reported to the Divisional Police Officer, he led a team of personnel to the area for rescue.
“When they went there, the suspected kidnappers had run away.
“Instead of the people to give Police cooperation to see how to address the issue, they decided to protest and block the highway,” he said.
He explained that blocking of a highway was wrong because “this highway is connecting many states of the federation.”
He added that the protesters also went to Police Station and attempted to burn it; saying, despite all the measures to pacify them to understand the civil obligation on them, they refused.
He added that to ensure public order and safety, “we used minimum force to disperse them.
“They decided to stone the security agencies, apart from lamentation and insults.”
He disclosed that the ring leader of the protest had been arrested.
The residents protested against alleged police delay and inaction while the incident was going on.

I was Born By Nigerian Parents, Atiku Tells Tribunal