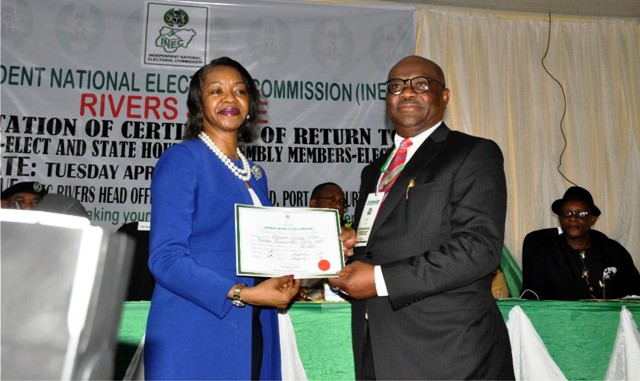 All Progressives Congress (APC) lawmakers aspiring to presiding positions in the Senate and House of Representatives have intensified their campaigns ahead of the inauguration of the 9th National Assembly.
Senators-elect on the platform of the Peoples Democratic Party (PDP) have also said they will weigh the offers on the table from the three APC senators aspiring to become the Senate President before adopting one of them.
The Tide source learnt that the APC lawmakers had taken their campaigns beyond the National Assembly.
While some are lobbying newly elected members, others are reaching out to the APC National Working Committee and presidency.
The PDP senators, who spoke with The Tide source on condition of anonymity, confirmed that Senators Ahmed Lawan, Ali Ndume, and Danjuma Goje had been having regular discussions with them.
They also confirmed that they had given their terms and that the aspirants agreed to honour their part of the deal if elected.
Speaking to the source in a telephone interview, a source in the camp of Senator Ovie Omo-Agege (Delta-Central) said the lawmaker was lobbying the Presidency and the APC NWC after indications emerged that the Deputy Senate Presidency would be zoned to the South-South.
According to the source, “Omo-Agege has reached out to other critical stakeholders outside the chamber and he now has the full backing of the Presidential Villa and the National Chairman (of the APC, Adams Oshiomhole). The issue is settled. The Deputy Senate presidency has been zoned to the South-South; it is true.”
The source also said   Omo- Agege’s only South-South opponent in the race for the  Deputy Senate presidency, Senator Francis Alimikhena, is from the same local government area with Oshiomhole in Edo State, which would be considered in the zoning plan.
Omo-Agege neither confirmed nor denied the steps he was said to have taken to achieve his aim. “I’m reaching out like every other aspirant,” he said.
Another aspirant to the Deputy Senate presidency, Senator Ajayi Boroffice, also wrote to senators-elect to congratulate them on their victory at the polls and sought their support for his ambition.
Boroffice, representing Ondo North Senatorial District, is one of the three ranking senators from the South-West to be in the 9th Senate.
In the letter, the lawmaker partly wrote: “With an excellent public service record, rich legislative experience and amiable personae, I consider myself the best candidate for the office of  the Deputy Senate President.
“In spite of our different backgrounds, religious beliefs and political inclinations, the business of national lawmaking has pulled us together as friends and colleagues. I humbly seek your cooperation, support and prayers in this election. Together, we shall succeed.”
In the House, an aspirant from Oyo State, Mr Olusegun Odebunmi, who is Gbajabiamila’s only opponent in the South-West, hinted that he was reaching out to northern states.
When contacted on the telephone earlier on Tuesday, Odebunmi said: “As I am talking to you now, I am on my way from Katsina State and it is about my project. I won’t make the details public for now.”
Efforts to contact him since Tuesday to speak more on his campaign were not successful as the lawmaker did not return calls to comment.
Meanwhile, another aspirant from Niger State (North-Central), Mr Mohammed Bago, last Saturday visited the Ooni of Ife, Oba Adeyeye Ogunwusi, to seek his support.
A statement by spokesman for the Bago Campaign Organisation, Mr Victor Ogene, quoted Oba Ogunwusi as saying that to avoid a lacuna in the administration of the country,  youths must be encouraged to assume leadership.
“Yes, we now have a ‘Not-too-young-to-run’ law but to complement that, we need to consciously bring the youths into leadership positions,” the Ooni was quoted as saying.
However, the PDP senators-elect, who spoke with one of our correspondents last Saturday, said a recent statement by the National Chairman of the APC, Adams Oshiomhole, on the issue appeared to have affected their relationships with the aspirants.
Oshiomhole had said that the leaders who would emerge on his party’s platform in the 9th National Assembly would not share power with the PDP lawmakers, who he called “the devils”.
A PDP senator-elect from the South-West, who spoke on condition of anonymity: told The Tide source “Oshiomhole seems to have truncated the discussions we have had with the aspirants. I was one of those who argued that the PDP should not produce a candidate for the presiding positions after listening to the APC aspirants.
“The three of them have good programmes and agenda, but it appears that the APC leadership would have an overwhelming influence on the chamber, which is supposed to be independent.” 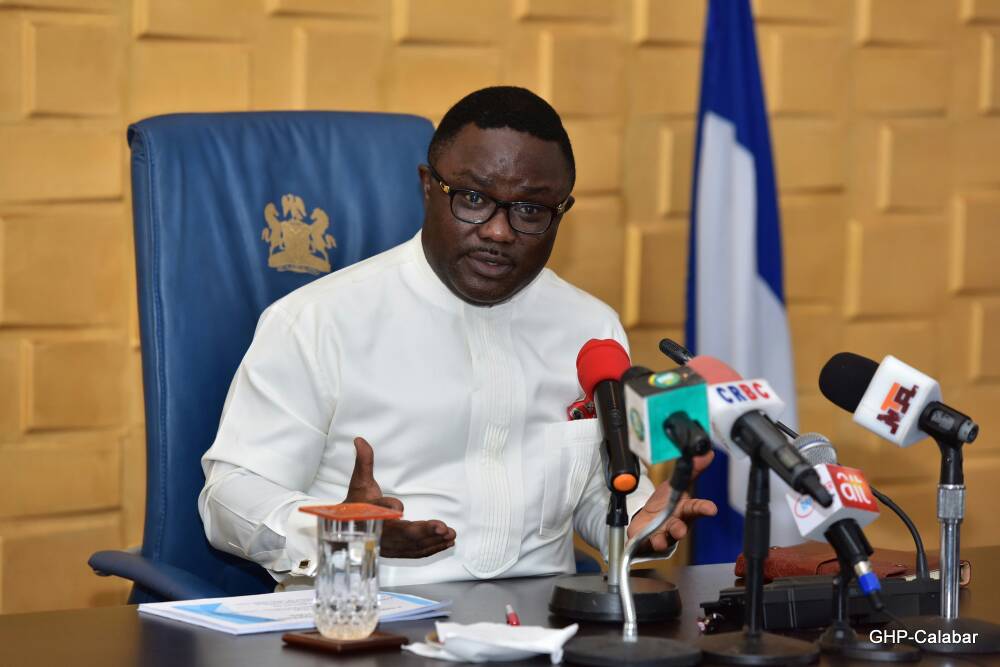 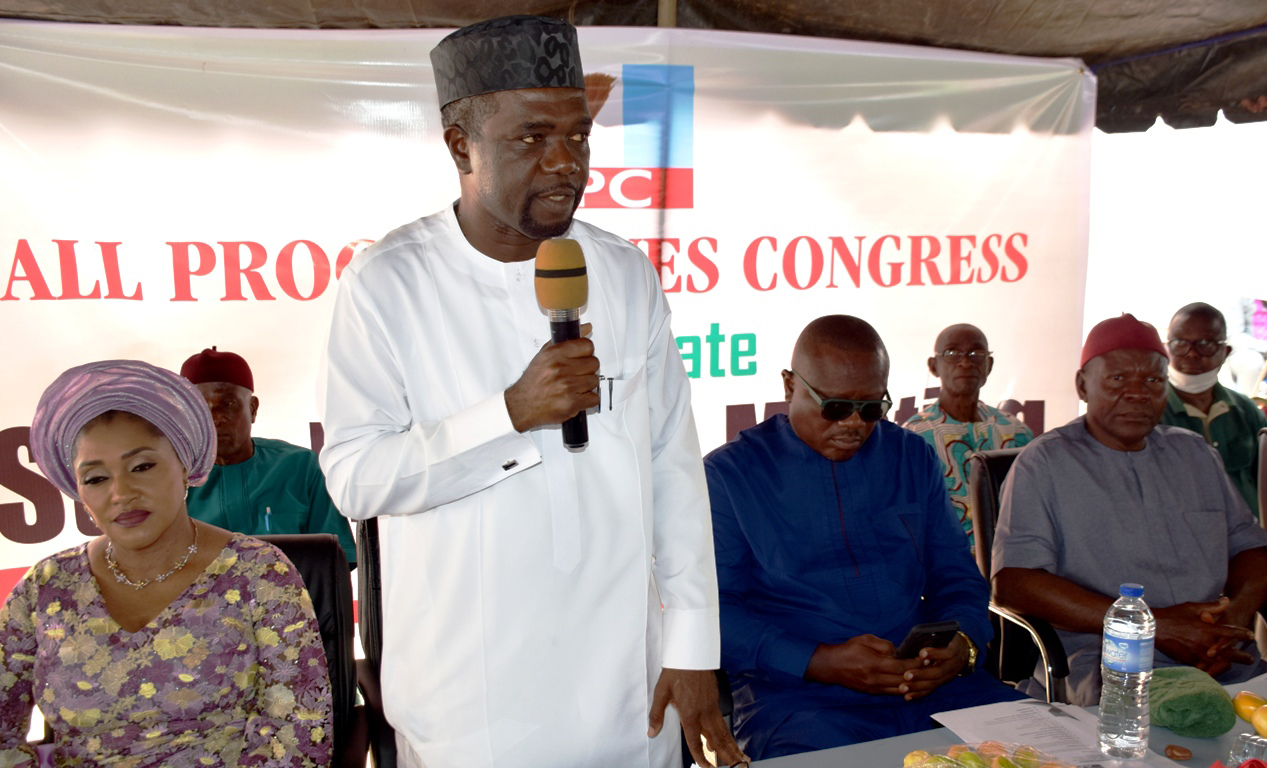