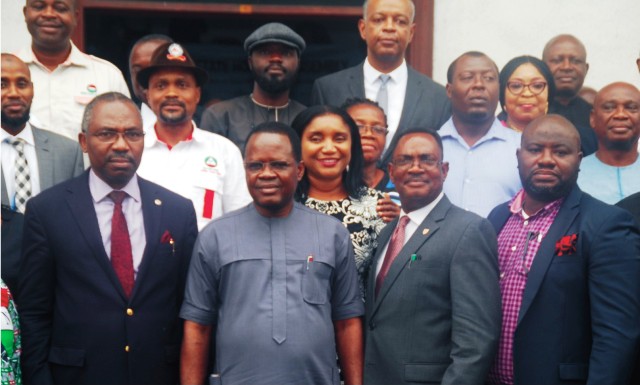 Elected state governors on the platform of the Peoples Democratic Party (PDP) and other chieftains, led by its National Chairman, Dr Iyorchia Ayu; former Senate President, Dr Bukola Saraki; former PDP Deputy National Chairman, Olabode George;last Friday, converged on Lagos, with a vow to intensify strategy and efforts toward taking over the state leadership in 2023 general election.
Governors Nyesom Wike (Rivers); Seyi Makinde (Oyo); Okezie Ikpeazu (Abia); Udom Emmanuel (Akwa Ibom), and Ifeanyi Ugwuanyi (Enugu); were among others in Lagos to witness and welcome Lagos4Lagos, a prominent dissident group in the All Progressives Congress (APC), in the state, to the PDP formally, held at Tafawa Balewa Square (TBS).
Other notable figures at the official declaration of the group from APC to PDP at the event were: Vice Presidential Candidate of PDP in 2019 general election, Peter Obi;and former Governor of Ondo State, Dr Olusegun Mimiko.
Others were: the PDP Deputy National Chairman (South), Amb Taofeek Arapaja; Publisher of Ovation, Dele Momodu;the General Secretary of PDP, South-West, Alhaji Rahman Owokoniran; including members of the National Assembly, state and other national executive committee members of the party.
The Lagos4Lagos group, led by Dr. Olajide Adediran, popularly called “Jandor”, along with his teeming loyal supporters, were well received by PDP stalwarts on the occasion.
In his address, Ayu urged Nigerians not to be deceived a third time in 2023 by those who deceived them with the mantra called “change”, and subjected them to hardship.
According to him, “Are you enjoying the change? How much is a bag of rice? They deceived Nigerians. We declare no more slavery in Lagos. By this time next year, we will celebrate a PDP governor in Lagos State.”
Also speaking, Ikpeazu described Adeniran as strategic and bridge builder, who would add value to the party in the state.
Ikpeazu noted that the forum’s Chairman and Sokoto State Governor, Hon Aminu Tambuwal could not make the event because he was bereaved.
“On behalf of my brother governors, we officially join the Lagos PDP family, to welcome new strategic members of our party.
“You are very important and strategic. PDP is the only democratic party in Nigeria,” he said.
Ikpeazu urged members of the PDP family in the state to give Adediran maximum support and cooperation for the defector to contribute his quota to the growth of the party.
“Jandor is the bridge between the young and the old in Lagos politics, and he should be given full support by all so that there can be unity,” Ikpeazu stated.
Wike said: “Jandor has made PDP Lagos family to be one. The more, the merrier. As he has joined us, you will see what will happen in Lagos.”
In his remarks, Chairman, Lagos State Caretaker Committee, PDP, Engr. Julius Akinsola handed over the PDP card and other paraphernalia of the party to the Lead Visioner, Adediran.
Akinsola said that PDP belongs to the masses, especially the new defectors and millions within and outside the nation.
“It is the party of equal opportunity and it welcomes all Nigerians,” Akinsola said while welcoming Adediran and all his followers.
He urged the new defectors to mix with existing members across the ward, local, state and national levels.
Akinsola, who noted that PDP works on rules and regulations, urged the new members to read the constitution from beginning to end.
He, however, handed over Adediran to the Chairman of PDP in Ojo Local Government Area, Mr Aremu Hassan, where the leader came from and unveiled him to the members of the party in the state.
In his address, Adediran said his group has moved to where numerical strength would be put to test.
According to him, if Governor Seyi Makinde of Oyo State could win election without being a former lawmaker or having support of the government at the centre, he would win governorship election in 2023.
“We have declared for the PDP, we are going to win for the party. We are here (PDP) to add value, we are here to be part of the big family, and together, we will take over Lagos,” Adediran boasted.
It would be recalled that, Adediran had stated at a gathering organised for the group at Amuwo Odofin Local Government, during a tour of the area, that he was prepared and ready to convert the Lagos PDP delegate structure to a governorship structure.
The Amuwo Odofin-born politician stressed how important the local government was to him.
According to him, “January 21, (Friday) 2022, will be the final burial of APC in Lagos State.
“On that day, January 21, will be the official declaration of our group to PDP, and it will be broadcast on national television. The event will be held at the Tafawa Balewa Square (TBS) with 10 governors present at the event.
“On January 21, it is the day that we have set aside for the final burial ceremony of APC in Lagos State.
“That day, the political party called APC will cease to exist in the state of Lagos. We are trying to rewrite the history of our dear state and it’s going to happen in 2023.” 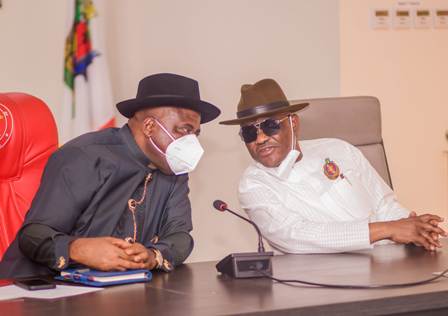 The African Diaspora Development Institute (ADDI) and a Nigerian firm, International Property Investment and Development (IPIAD), have embarked on a journey to bring back home descendants of Africans that were sold into slavery all over the world.
To this end, plans are on the way to develop a $2.5billion-5-star mixed-use business, leisure and historical destination resort city project in Rivers State.
The project being championed by IPIAD, a historical tourism development firm, ADDI and other foreign partners is aim to attract back home African Americans who want to relocate to Nigeria or re-discover their ancestral roots, families, kingdoms and villages in Nigeria.
In a statement, yesterday in Abuja, after a visit of President of ADDI recently in Lagos, IPIAD’s President, Prince Kalada William-Jumbo, said the first phase of the proposed TUSONDEL City project was estimated to cost $2.5billion and over a period of 10 years expected to attract investments of around $10billion.
William-Jumbo noted that African Diaspora Development Institute (ADDI) recently concluded a successful ground breaking ceremony of a similar project referred to as “Wakanda City of return” in Cape Coast, Ghana which attracted a lot of Africans in the Diaspora to come back home to Ghana/Africa.
On the choice of Rivers State as the location, William-Jumbo who is also a member of the ADDI advisory board said “Bonny Kingdom is one of the oldest, richest and most famous of all the Kingdoms in the region and like its land, its history is also very rich and old, but not without controversy and pain.
“Historically, Bonny Kingdom was a major strategic trading and economic hub hundreds of years ago. A centre for learning, commerce and trade, and still is till this day. At the peak of Bonny Kingdom’s reign, between the 19th – early 20th century, the people of Bonny and the extended Niger Delta kingdoms in general, also participated in the dreadful but at that time, very lucrative business of slave trading.
“When slavery was finally abolished by the British, Bonny Kingdom and other slave trading kingdoms began a journey of decline and eventually fell. Majority of the slaves that were sold and shipped off to North America especially the USA, were sold and shipped off from Bonny Kingdom.”
While calling on the Rivers State Government to support and invest in the project, the statement said: “The first phase of our planned TUSONDEL City project is estimated to cost $2.5billion and over a period of 10 years is expected to attract investments of around $10billion.
“When completed the TUSONDEL City project will boost economic and business activities around and beyond the Armpit of Africa, create thousands of new jobs and businesses, promote tourism, economic and leisure activities in Finima, the Bonny Kingdom area, the extended Niger Delta area and Nigeria in general for both Nigerians and foreigners alike.
“Nigeria and Nigerians stand to gain enormously from the wealth of experience our African brothers, sisters and children in the Diaspora possess. They really want to come back home to visit, at least once, so as to enable them decide on relocation plans, to trace their ancestral homes and families, obtain a 2nd citizenship, start a new Life, Invest in Africa, train their fellow Africans and create lots of jobs/business opportunities.
“We’re also looking for kingdoms families towns villages and people whose ancestors were directly or indirectly involved in the Slave Trade for Forgiveness and Re-unification Prayers which will foster in a new era of Prosperity Peace Love Unity and Freedom.
“We plan to formally meet the Governor of Rivers State so as to partner with us, Rivers State Government and the good people of Finima, Bonny Kingdom as equity stake partners in this laudable joint development of our proposed Lost City of TUSONDEL Project by providing us with approximately 2,500 hectares of project land for the project site at Finima and expedite all necessary approvals/support.” 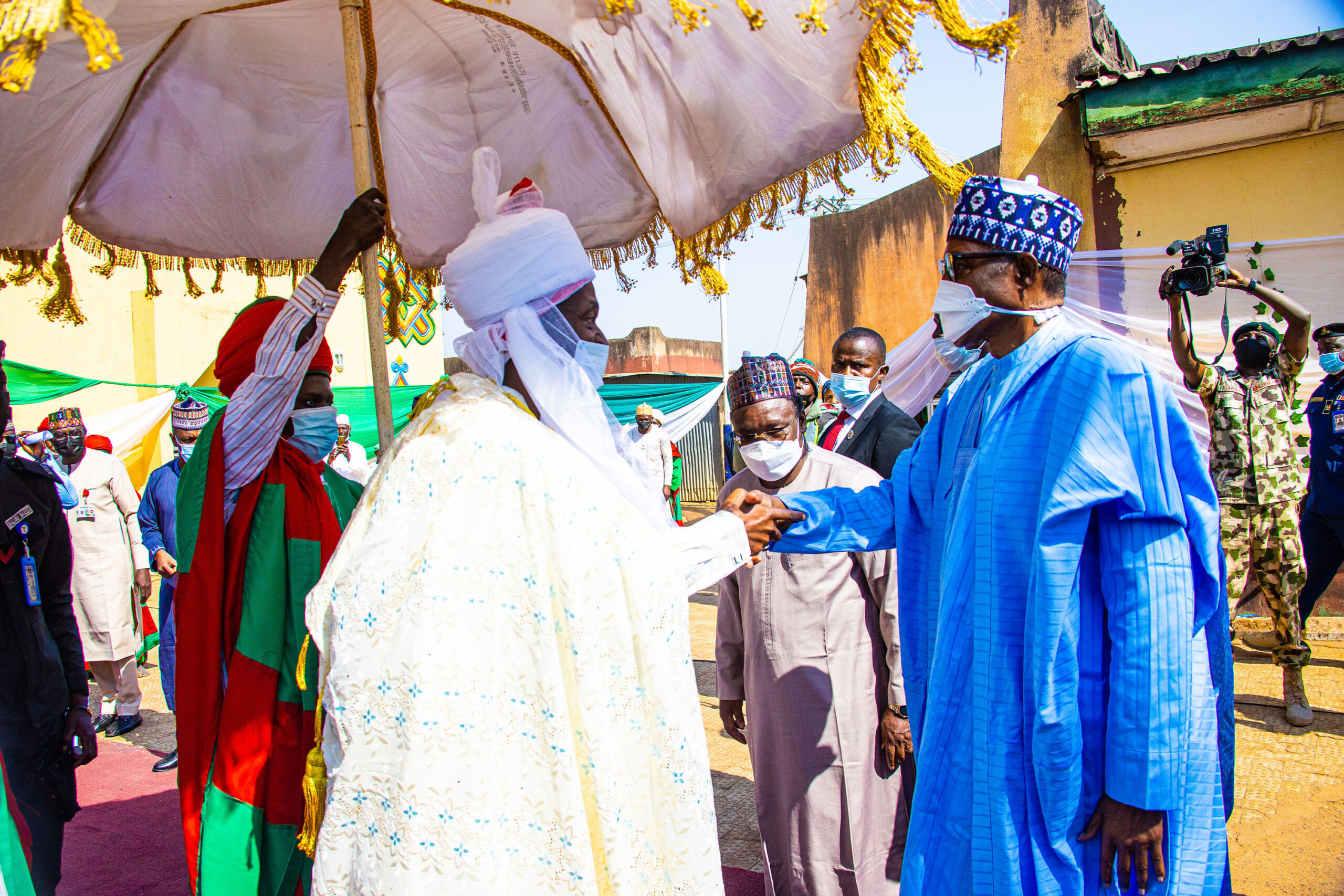 Capital inflows from the United Kingdom, the United States, South Africa, the United Arab Emirates, the Netherlands, and Mauritius hit $31.82billion in three years, according to the National Bureau of Statistics (NBS).
The NBS data showed that the six countries accounted for 83.32per cent of the total capital of $38.18billion imported into Nigeria from over 100 countries from January 2019 to September 2021.
The UK accounted for the highest foreign inflow of $17.34billion, followed by the US ($5.79billion), South Africa ($3.99billion), UAE ($1.80billion), Netherlands ($1.68billion), and Mauritius ($1.09billion).
According to the NBS, capital importation data is obtained from the Central Bank of Nigeria (CBN) and includes imported physical capital, such as equipment, and financial capital importation.
It added that capital importation comprises three main investment categories, namely foreign direct investment, foreign portfolio investment, and other investments.
It said FDI includes equity and other capital, while FPI includes equity, bonds, and money market instruments; ‘other investments’ include trade credits, loans, currency deposits, and other claims.
In 2019, Capital inflow from the six countries declined from $20.09billion in 2019 to $7.94billion in 2020.
It stood at $3.78billion in the nine months to September 2021.
The Managing Director, Cowry Asset Management, Johnson Chukwu, attributed the drop in capital importation to the fall in FPI.
According to him, portfolio investors are probably discouraged to invest in the Nigerian market due to foreign exchange illiquidity.
He said, “The decline in capital importation has been consistent for the past three years, if you look at the data.
“In terms of portfolio investment, which is the major component, I think the issue is that foreign portfolio investors have likely stayed away from the Nigerian market because of foreign exchange illiquidity, as some of the funds that are trapped are yet to be accessed.”