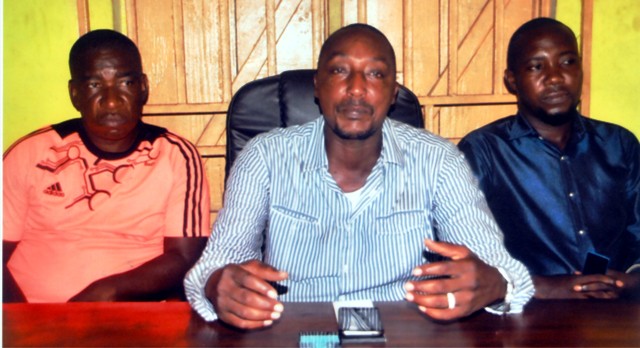 Civil servants in Rivers State have expressed delight over the decision by Governor Nyesom Wike to commence the payment of the revolving interest free loan to them from this month.
This is even as they felicitated with him over his resounding victory at the March 9, 2019 governorship election.
Speaking to The Tide in an interview yesterday in Port Harcourt, the Rivers State Chairman of the Nigeria Civil Service Union (NCSU), Comrade Opuoyibo Lilly-West commended the Governor for the gesture, saying, it would go a long way to boost the morale of civil servants in the state.
According to him, the workers had been expecting the loan since last year, but could not get it because of other exigencies.
Lilly-West further noted that the Governor’s goodwill came to workers as a shock since he (the Governor) was just coming out of election processes, stressing that it was good that the state government decided to take the payment of the loan batch by batch to enable all those qualified for it to benefit from the gesture.
The Vice Chairman of the Joint Negotiating Council in the State said the two bold steps the governor has recently taken in favour of workers were a strong indication that he has the mindset to re-energise the civil service, and commended him for the move to resolve the lingering pension issues in the state.
“We are very happy. We are sincerely happy, we thank His Excellency. Honestly, it was a great shock to us”, he said.
Lilly-West, therefore, enjoined civil servants in the state to invest the money wisely and to utilise it for the purpose it was meant and not to use it for frivolities, even though it is an interest free loan.
The labour leader, however, advised Governor Wike to energise the civil service in terms of provision of basic infrastructure and injection of fresh blood into the system in form of employment, and never to allow the civil service to die a natural death, contending that the civil service remains the glory and engine room of government.
While congratulating Governor Wike on his electoral victory, Lilly-West noted that the re-election of the governor for a second term was “a victory for all of us”, and advised him to use it to re-unite the entire Rivers people.
It would be recalled that the Rivers State Head of Service, Rufus N. Godwins (Esq) had during a meeting with the entire workforce at the Point Block in Port Harcourt last Tuesday said 2,113 persons qualified for the loan and that despite the economic recession in the country, the state government had graciously released N100 million monthly as the first tranche of a continuous revolving loan to civil servants, stressing that payment will be done through the issuance of cheques to the recipients.
In his goodwill message, the Chairman, Forum of Permanent Secretaries and Permanent Secretary, Office of the Secretary to the State Government, George Nweke thanked the Governor for the loan and urged beneficiaries to put the money into effective use.
In his vote of thanks, the Chairman, Administrative Officers Forum, Blessing Elijah said the gesture was unprecedented and unparalleled in the history of the service, adding that the loan was coming at a time when it was most needed.
It would be recalled that the state government had on 12th June, 2018 approved a revolving loan scheme for civil servants on Grade Levels 01-13.