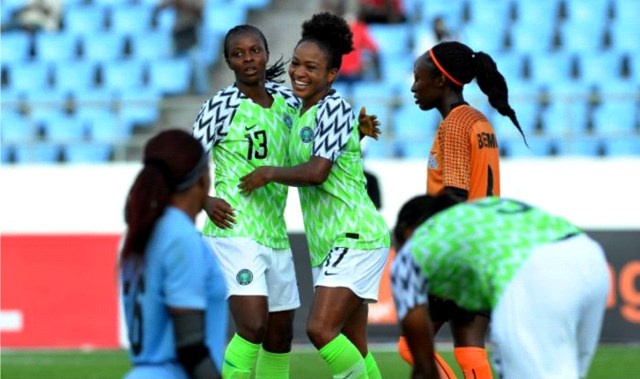 Boxing used to be the most popular sport in Nigeria in the 1980s but completely disappeared from view until the beginning of the 2000s.
At the Africa Youth Games (AYG) in Algeria during the year under review, the boxers won six medals for the country.
However, at the Commonwealth Games in Australia, a team made up of five male and four female boxers only managed to win two bronze medals – Yetunde Odunuga in the 60kg category and Millicent Agboegbulem in the 75kg category.
Sports loving Nigerians, especially boxing followers had predicted two gold medals but we got two bronze medals.
What this shows is that things can be done better to prepare our athletes for these games.
These results also highlight that Nigeria is gradually losing its prominence in short sprints.
Meanwhile at the local level, the monthly GOtv Boxing Night continues to bring joy and happiness to the lovers of the game with regular boxing bouts, which has helped, in discovering some hidden talents.
Former Africa champion, and ex-Olympian, Jeremiah Okorodudu heaped the blame of the ‘not-too-impressive’ outing of the sport to the attitude of our administrators at the Sports Ministry and called for better organization in terms of appointment of the right administrators in running the affairs of the sport in the country.
“The problem facing our boxers will continue until we do the right thing which is putting the right pegs in the right holes.
“The boxers are there for us to develop but if the people at the helms of affairs are not interested in the sport, there is little or nothing we can do for its development,” Okorodudu said.
Okorodudu, however, praised the Nigeria Boxing Board of Control (NBB of C) under the leadership of Dr. Raifu Ladipo and secretary, Remi Aboderin for their efforts in developing the sport.
“They should not rest on their oars, though, they have done so well but they should keep up the good work and take the sport to greater heights.
“Boxing should be returned to the good old days where our boxers rule the continent and a force to reckon with in the world.
“I have said it severally that with good administrators, our boxers would be world beaters”, added Okorodudu.
In an effort to make progress in the sport, the Nigerian Boxing Federation (NBF) have begun plans to introduce a National Boxing League (NBL) with priority given to female boxers
The pledge was made during the full council of the NBF in the year under review with stakeholders in attendance who reviewed the previous year, the challenges, plans and aspirations of the federation.
The meeting, which was presided by the President, Lieutenant General Kenneth Minimah, praised the special contribution of female boxers.
These earned a special commendation and plan to consolidate the feats in international championships. The commendation also reached the coaches and athletes who represented Nigeria at the AYG in Algeria.
The structure of the NBL shows that the male league would be the test case whereby the female sector of the league would be introduced later.
The full council thereby appealed to corporate Nigeria and the Federal Government to re-intensify their funding to the sport stating that the NBF is in a better shape to bring bigger and better honours to the nation in international sport considering the quality of young talents spotted during the National Sports Festival (NSF) held in Abuja.