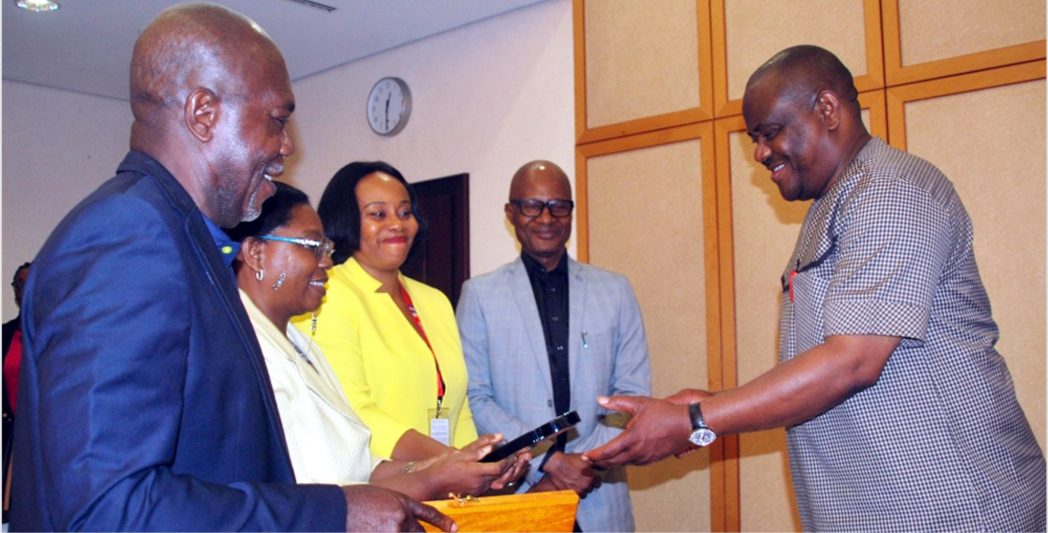 The House of Representatives plenary became a rowdy session, yesterday morning over calls for impeachment of President Muhammadu Buhari by some members of the House, especially those under the platform of the Peoples Democratic Party (PDP).
The row was over the payment of $496million to the United States Government by the Buhari administration for the much needed 12 Super Tucano fighter jets.
It followed the reading of President Buhari’s letter to the House of Representatives, by Speaker Yakubu Dogara.
Members of the both chambers of the National Assembly have been spoiling for a fight over the payment, which they contended was done in breach of the constitution.
The Representatives did not mince words when they said President Muhammadu Buhari committed an “impeachable offence” by authorising the purchase of $462million jets for the military without appropriation by the National Assembly.
The lawmakers became angry as soon as the Speaker, Mr. Yakubu Dogara, read a letter from Buhari, informing the House that the expenditure was done in “anticipation of approval” by the National Assembly.
They noted that the letter was a “mere afterthought”, as the expenditure had been done already.
The anger caused a brief rowdiness on the floor, forcing Dogara to intervene in a bid to calm down the lawmakers.
However, members later resolved that the letter should be properly tabled for debate on another date by the House so that it would take a position on the next line of action.
But, before the resolution, it was the Chairman, House Committee on Public Accounts, Mr. Kingsley Chinda, who raised a point of order to draw the attention of members to the alleged “constitutional breach” by Buhari.
He said both the 1999 Constitution and other laws in the country did not recognise spending by the President in “anticipation of approval” by the legislature.
Chinda stated, “This matter ($462million) came up, last week. Today, Mr. President has admitted that the expenditure has already been incurred.
“We are supposed to be a watchdog, but as it is, we cannot bite. This is an impeachable offence, and there is no misconduct that is more serious than this.
“I propose that we commence the impeachment of Mr. President, based on this infraction.”
It would be recalled that the Pentagon last year August notified the U.S. Congress of the sale to Nigeria of the 12 Super Tucano A-29 planes and weapons worth $593million, needed for the fight against the militant group, Boko Haram.
Buhari is buying 12 Tucano aircraft from the US with the money, and the planes are expected to be delivered in 2020.
The package included thousands of bombs and rockets.
The sale was originally agreed by former President Barack Obama’s administration but was put off by the Obama administration after incidents, including the Nigerian Air Force’s bombing of a refugee camp in January that killed 90 to 170 civilians.
But on August 2, the deadlock was broken by the Pentagon’s Defense Security Cooperation Agency, when it announced that the sale would go ahead.
The Super Tucano A-29, an agile, propeller-driven plane with reconnaissance and surveillance as well as attack capabilities, is made by Brazil’s Embraer.
A second production line is in Florida, in a partnership between Embraer and privately held Sierra Nevada Corp of Sparks, Nevada.