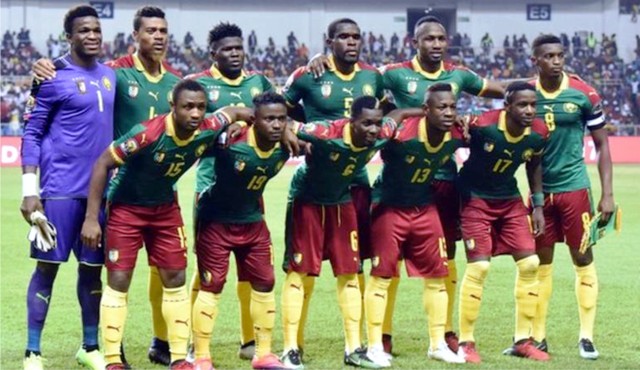 Former France, coach Raymond Domenech, World Cup winner Lothar Mattaus and ex-Wales boss John Toshack are among 77 applicants for Cameroon’s vacant managerial post.
Tidesports source understands that the Normalisation Committee which runs Cameroon’s Football Federation (Fecafoot) has received a high volume of applications to succeed Hugo Broos,
A Fecafoot official, who does not want to be named, confirmed the list will now be narrowed down to three ahead of the interview stage.
The new manager has big boots to fill after Hugo Broos guided Cameroon to the 2017 Africa Cup of Nations title before joining Belgian top side Oostende as sporting director.
Domenech, 66, who managed France at the 2006 and 2010 World Cups, has come close to managing an African national side before.
Seven years ago, he claimed he was set to be named the Algeria manager but Bosnian Vahid Halilhodzic eventually got the job.
Toshack, 69, was a legendary player for Cardiff City, Liverpool and Wales and, as a manager, won a Spanish league title with Real Madrid and led Swansea City from the bottom division to the summit of English football.
After managing teams in the footballing outposts of Macedonia and Azerbaijan, Toshack left Europe for a spell with Moroccan side Wydad Casablanca between 2014 and 2016.
Matthaus, who won a record 150 caps for Germany and led them to World Cup success in 1990 as a player, was named as the first Fifa World Player of the Year in 1991.
He was boss of Hungary between 2004 and 2006 and has also coached a number of clubs, including Austria’s Rapid Vienna and RB Salzburg.
The Germany and Bayern Munich legend has been out of management since being sacked by Bulgaria in September 2011.
Also on the list is Portugal’s Carlos Queiroz, currently in charge of World Cup-bound Iran and previously an assistant to Sir Alex Ferguson at Manchester United.
Queiroz, 65, managed South Africa between 2000 and 2002, but has had a topsy-turvy relationship since taking over as Iran coach in 2011.
Christian Gross ,appointed by Zamalek last weekend – has also applied, as has Wedson Witson Nyirenda, who is currently in charge of the Zambia national team.
Notable applicants like Patrice Neveu, Tom Saintfiet, Alain Giresse, Didier Six and Philippe Troussier have all worked in Africa.
Former Nigeria Coach, Samson Siasia has also applied as he plans to manage outside his country for the first time. Siasia was in charge when Nigeria finished as runners-up at the 2005 Fifa U-20 World Cup in the Netherlands.
He led the country to the 2015 African U-23 championship and also coached them to silver and bronze medals at the 2008 and 2016 Olympics football event.
Cameroon has not yet set a timescale for finding a new manager, but whoever comes in will have at least a year to work with the team before the 2019 Nations Cup tournament starts on home soil.
Cameroon’s coaching job became vacant in February when Hugo Broos, who led the Indomitable Lions to a fifth Africa Cup of Nations title last year, departed at the end of his contract.