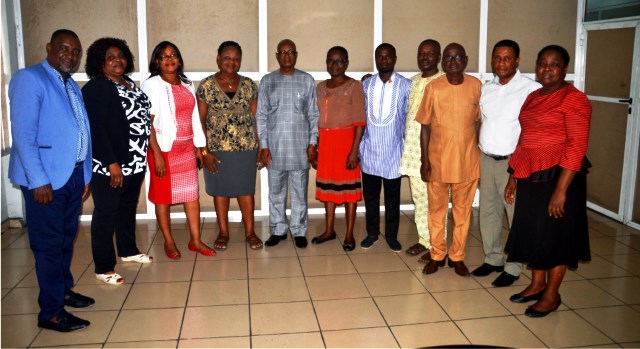 The Rivers State Governor, Chief Nyesom Wike has disbursed the sum of N23million empowerment fund to wives of fallen heroes across the 23 local government areas of the state.
The Sole Administrator, Nigerian Legion, Rivers State Command, Barrister Justice Chichi Ogborun while presenting the cheque of N1million to the beneficiaries of the scheme at the Nigerian Legion Headquarters, Port Harcourt, last Wednesday, commended the governor for the kind gesture towards legionnaires, wives of fallen heroes and their dependants.
Ogborun recalled that earlier in March, he had released N23million to chairmen of the legion in the 23 LAGs, adding that the disbursement of another N23million to wives of fallen heroes was in fulfilmentioned of his promise to the Rivers State governor to support the widows of fallen heroes.
He advised the women to conduct themselves in an orderly manner and avoid crisis while sharing the money, and urged them to use the money judiciously.
“Normally, anywhere you hear about money, there is usually crises, and all that, but I am very confident that as well cultured wives of fallen heroes, you would comport yourselves and make proper use of the investment made in your welfare and future.”
The Nigerian Legion State Women Leader, Mrs Theresa Pepple, shortly after receiving the Deed of Conveyance of over two of plots landed property bought by the widows some years back for agricultural purposes, described the governor as God-sent to the wives of fallen heroes in the state.
She stressed that with the governor’s good acts, tears have been wiped away from their eyes, adding that no governor has done so much for them in the history of the legion.
Also speaking, Enemi Morgan George thanked the governor and the sole administrator for removing shame and reproach from their lives, adding that they have been removed from the league of beggars which successive administrators had turned to before the emergence of Ogborun.
She prayed God to keep the governor of the state, his wife and children alive, so that everyone in the state would experience the dividends of democracy.
The Tide observed that the gesture put together by the Rivers State governor has been receiving huge commendation from the widows, who prayed for the continuous protection and the re-election of Wike in the 2019 General elections.
The Tide gathered that those present at the Legion’s headquarters to receive the money were the chairpersons of the widows, their secretaries, and treasurers from the 23 LGAs of the state.
Some of the leaders who received the cheques of N1million on behalf of their LGAS were George Morgan Enemi (Asari Toru),  Faith Amadi (Ikwerre), Rose Yeyewa ( Eleme), Nwoko Comfort (ONELGA), Ayike Rose (Ahoada-East) and Iyaye Rosannah ( Ogu/Bolo).