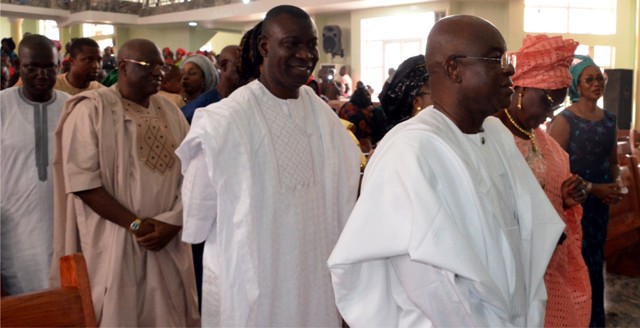 A Senior Advocate of Nigeria (SAN), Ntufam Mba Ukweni has stated that President Muhammadu Buhari’s declaration of interest in seeking re-election in 2019 did not come as a surprise to him despite the performance of the present federal government.
Speaking on phone conversation with The Tide yesterday, Ukweni lamented the poor performance of the present administration saying, that if President Buhari remains in office beyond May 2019, inefficiency will continue.
“If President Buhari wins the 2019 election, the inefficiency will continue, I don’t see any magic to be done if he wins the 2019 election, there is not going to be any change than what we have now. It is the nature of our people, it is a nature of a black man to perpetuate himself in power.
“I don’t think there will be any new ideas; it is left for Nigerians to decide. They did it in 2015 thinking that President Buhari will change things but we have not seen anything different, we have seen how far he has gone in the correction process.
“If he has done well, it is for Nigerians to decides then return him, if he has not done well, it is still the choice of Nigerians to vote him out.”
Speaking on the administration’s efforts in revamping the economy, the Senior Adocate said, “If the economy improves, everybody would have seen the improvement, improvement in economy is not a hidden thing, as far as I am concern, I have not seen any improvement in the economy.
“Now, the living standard is very poor, we have increase in unemployment, income is very poor, and these are the indices in measuring the improvement in the economy. There is no improvement in the economy.”
Mba Ukweni, however, stated that it was within the rights of Buhari to seek re-election, stressing that, “nobody can deprive him of that. Nigerians have right to choose the person they want.
“I don’t see President Buhari creating anything new, I don’t see President Buhari changing anything,” he added.