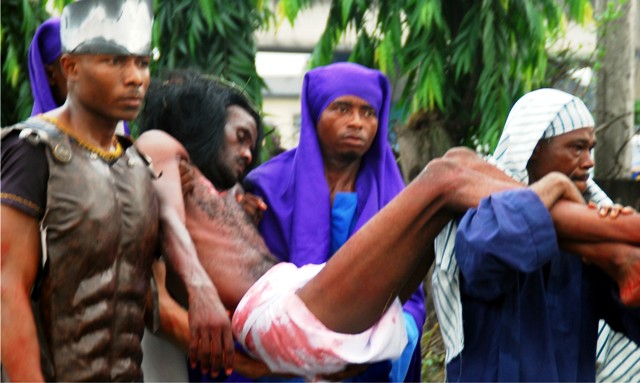 The Zone 5 headquarters of the Nigerian Police Force, Benin, has debunked any plot to eliminate one Ovie Osiebe-Franklin, an alleged whistle blower, and one other Anodeh Brave.
This is contained in a statement released by DSP Emeka Iheanacho, Zonal Police Public Relations Officer (ZPPRO), and made available to newsmen in Benin, yesterday.
Iheanacho said that the alleged whistle blower was a suspect in a case of alleged false information investigated by the FCIID, Abuja.
He said that debunking the alleged elimination plot was imperative following a publication by  an online publication on March 28.
He said the said-publication had alledgedly reported that the Assistant Inspector-General of Police, Zone 5 Headquarters, Benin, AIG Rasheed Akintunde was plotting to eliminate the whistle blower.
Akintunde was also alleged to be plotting to kill Anode Brave, a member of Delta State Polytechnic Governing Council, Otefe-Oghara.
He said that the AIG was committed to professionalism and intelligence-led policing.
“TheAssistant Inspector-General of Police, Zone 5 Headquarters, Benin,  AIG Rasheed Akintunde wishes to reaffirm his  commitment to professionalism, and intelligence-led policing.
“He also wishes to reaffirm his respect for fundamental human rights and observance of rule of law in the discharge of his  duties at all time.
“It would be recalled that sometime in 2014,  the school authority terrminated Ovie Osiebe-Franklin appointment as  as academic staff of the Delta State Polytechnic.
“He was  alleged to be  involved in  acts of corruption, extortion of students, sexual harassment of female students and examination malpractice.
“Since the termination of the suspect’s appointment by the Governing Council , he has been on vengeance mission against the authorities of Delta State Polytechnic, Otefe-Oghara”, the statement said.
Iheanacho further said that in 2014, Ovie Osiebe-Franklin wrote a petition to the Inspector- General of Police against the Rector and other members of the Governing Council including Anodeh Brave, and alleged misappropriation of the institution’s fund.
“At the end of the investigation, a Legal Advice from the Commissioner of Police Legal Department,  Abuja, directed that  the said Ovie Osiebe-Franklin should be arrested and charged to court for false information”.
He,  however,  said that on February  20, 2018, another petition was written to the AIG,  Zone 5 Headquarters, by Anodeh Brave.
He said that it was  against the supposed whistle blower over allegations of corruption and extortion, impersonation of EFCC officials, assassination of characters and threat to lives.
The ZPPRO said that based on the petition  which was presently being investigated at the ZCIID, the supposed whistle blower had continued to evade police arrest.
He said that  every effort made to arrest and prosecute the suspect had failed.
He said as a responsible law enforcement agency, the zone would like to reassure members of the public that it would  continue to discharge its functions  within the confine of extant laws.
He advised the general public to disregard the said publication as there was no truth in it.