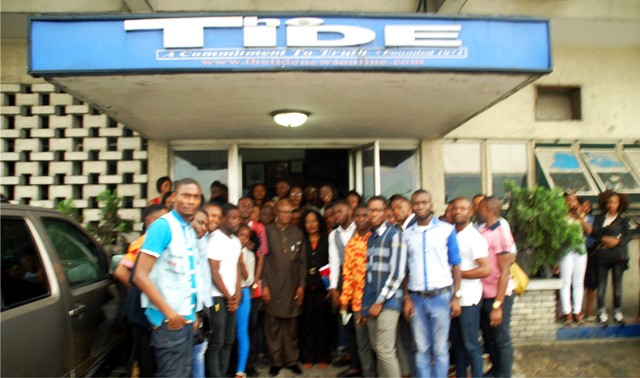 In a landmark judgement to end a 30-year old Ataba Chieftaincy dispute, the Federal Appeal Court sitting in Port Harcourt upheld its earlier verdict which declared King Benson Mgbowaji Egwenre the Oruk XV11 as the legitimate Okan Ama of Ataba Kingdom in the Andoni Local Government Area of Rivers State.
In a suit: CA/PH/359/2013, the three Honourable justices of the appellate court: Justices Ali Abubakar Gumel, Isaiah Olufemi Akeju and Bitrus Gyarazama Sanga, unanimously affirmed the court’s earlier ruling of October 29, 2015.
The court presided over by Justice Ali Abubakar Gumel on March 21, 2018 ruled that the consent judgement entered into by the two warring groups in the Royal House of Ataba Kingdom remained the final judgement of the court and cited several legal authorities to buttress its ruling.
One Elder Jonah Nteile, an elder of Egwe Isiyork Ruling House of Ataba in Andoni Local Government Area of the State had challenged the said consent judgement of the Court of Appeal, Port Harcourt, describing the purported document as a fraud and gross misrepresentation of facts and asked the same Court to reverse itself.
After delivering judgement in the main motion, the three Justices at the Court of Appeal had in a unanimous decision struck out a motion by the applicant, Elder Jonah Nteile, seeking leave of the court to appeal against its earlier consent judgement of Ocober 29, 2015.
Justices Ali Abubakar Gumel, Isaiah Akeju and Bitrus Sanga affirmed that the court lacked the capacity and power to review their earlier decision on the consent judgement or grant the applicant leave for appeal to the Supreme Court, insisting that the said motion was brought out of time, having been filed on February 15, 2016 for a judgement that was delivered on October 29, 2015, more than 90 days statutorily required for such application.
Citing several other cases to back up the decision of the court, Justice Gumel who read the lead judgement, said consequent upon the late filling of the motion, the application is rendered incompetent and the Court lacks jurisdiction to entertain it and accordingly struck out the application, though without cost.
Furthermore, in the substantive motion, Justice Gumel reviewed the case which dated back to January 1989 and in pursuant to order 16 of the Court of Appeal Rules 2011, referring to the consent judgement, declared “the judgement stands as a valid judgement of competent jurisdiction. It is a final judgement of this Court”.
Justice Gumel whose ruling was also adopted by his other two colleagues, asserted that “this application to set aside a consent judgement of this Court in Appeal No: CA/PH/359/2013, is procedurally wrong and to that extent not cognizable by this Court”.
Describing the application as “dead on arrival” and “incurably bad”, the leading Justice struck out the application for “lack of jurisdiction to entertain same as presently constituted”, but made no order for costs.
Immediately after the ruling that lasted about two hours, Sir Benson Mgbowaji Egwenre, (King Oruk XV11), the Okan Ama of Ataba Kingdom, led a large crowd of Ataba sons and daughters who had thronged the court in solidarity to St. Cyprian’s Anglican Church, Hospital Road, Port Harcourt, to thank God for allowing justice and the voice of the people to prevail.
Reacting to the ruling, the Okan-ama was grateful to God for sustaining peace and massive progress in the community throughout the duration of the case and called for calm, brotherly love, patriotism, and harmonious relationship among the people of Ataba Kingdom.
He said it was only under a peaceful atmosphere that development could take place and admonished the people to avoid divisive tendencies while warming against external influence in the affairs of Ataba community.