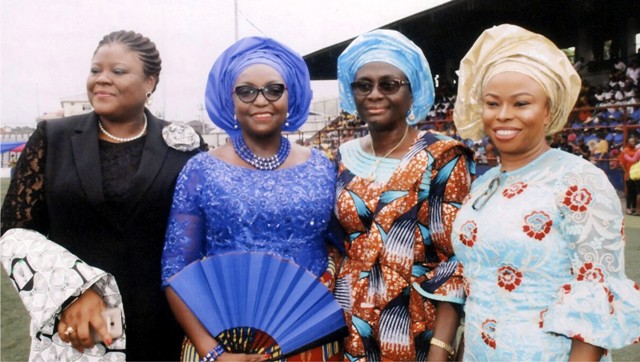 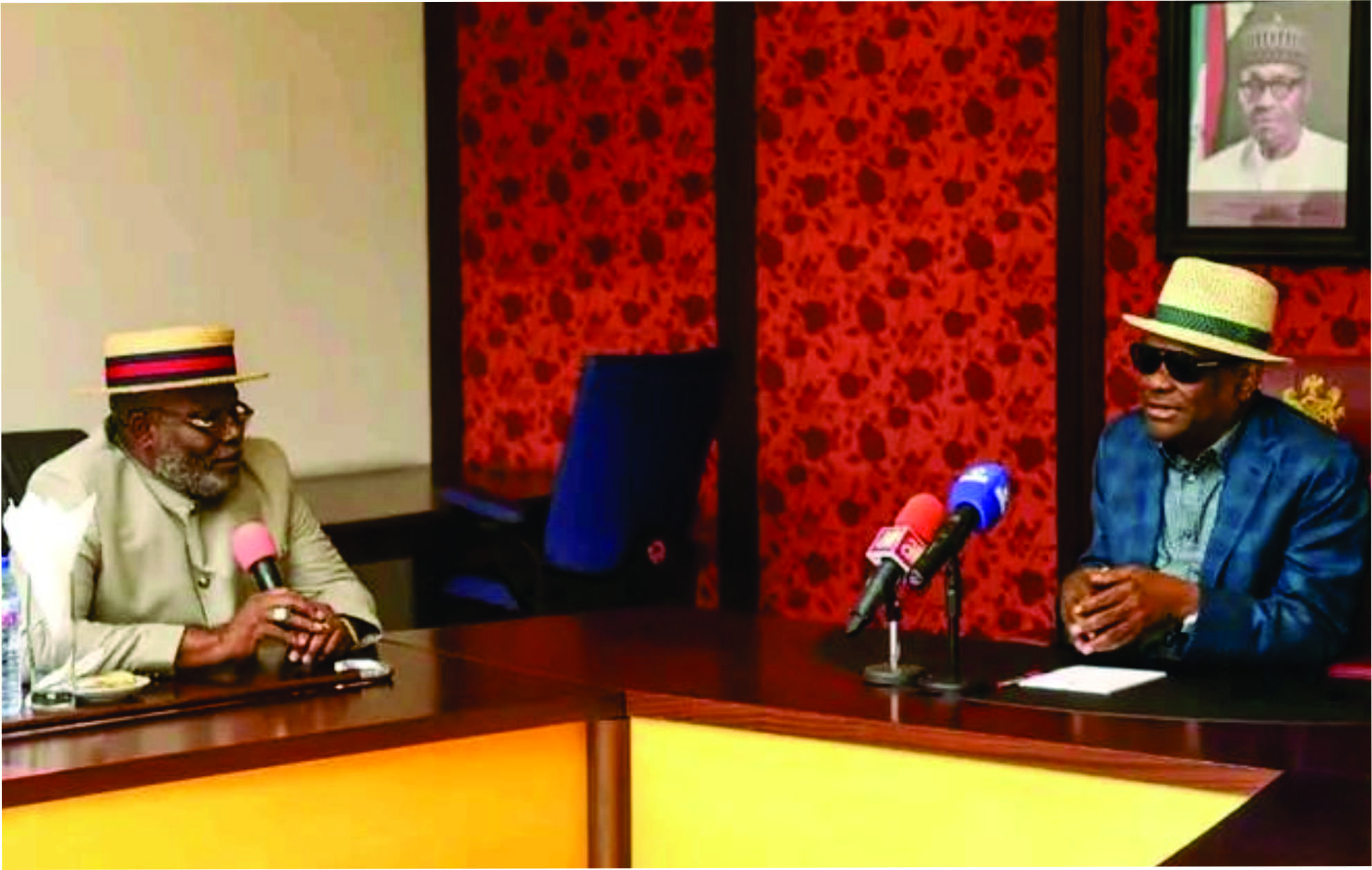 The Rivers State House of Assembly has withdrawn the recognition of Sir Celestine Omehia as former governor of Rivers State, and also stopped the payment of all entitlements to him as a result.
The Assembly took the decision, yesterday, following a motion at plenary by the Leader of the House, Hon. Martin Amaewhule, who said he wanted the house to reverse its resolution taken in June 30, 2016, which gave Omehia the rights and privileges as former governor of the state.
Amaewhule, who represents Obio/Akpor Constituency 1 in the state, explained that the House did not have particulars of the Supreme Court judgement as at the time the resolution was passed in 2016.
The lawmaker presented four prayers in his motion that the state government should stop all the privileges and rights, including pension and monthly benefits that Omehia refund all monies received since the resolution was passed that he should not be addressed as ‘His Excellency’; and that the GSSRS given to him by the state government be withdrawn from him.
He also said the House should order Omehia to pay back to the state all monies received in that regard.
Amaewhule regretted that the House did not get particulars of the weekly law reporter at the time the House passed resolution, which he presented before the House to support his motion.
According to him, “The Supreme Court, in its judgement, did not recognise Omehia as governor, and this House should not disobey the Supreme Court judgement.
“The decision of the Supreme Court should be taken into recognition since it stated that he was never a governor.
“When the resolution was passed, members did not have particulars of the judgement, but now, we have better understanding of it”, he said.
In his contribution, the Chief Whip, Hon Evans Bipi, seconded the motion, and adopted all the prayers presented by Amaewhule.
Also speaking, Hon Christian Ahiakwo, Hon Michael Chinda, and Hon Kelechi Nwogu, noted that the House would not stand to disobey the Supreme Court, adding that since the law said he was never a governor,the House too should go in that line and stop all entitlements and privileges of Omehia as former governor.
All members present agreed that the monies received should be refunded to the state government seven days after the resolution was passed.
In his submission, Hon Samuel Ogeh, suggested that the state government should use all legal machineries to recover the monies, if Omehia fails to refund same as directed.
All members present voted in favour of the motion.
Consequently, the Speaker, Rt.Hon. Ikuinyi-Owaji Ibani, directed the Clark of the House to convey to Governor Nyesom Wike the resolution of the House to de-recognise Sir Celestine Omehia as former governor of Rivers State.
The Assembly also directed Omehia to, within seven days, refund N600million in earned benefits and another N96.5million pension received so far.
The speaker further directed Omehia to stop using the titled, “His Excellency” and GSSRS.
GSSRS is an honorary title from the state government reserved for an incumbent or a former governor of the state. 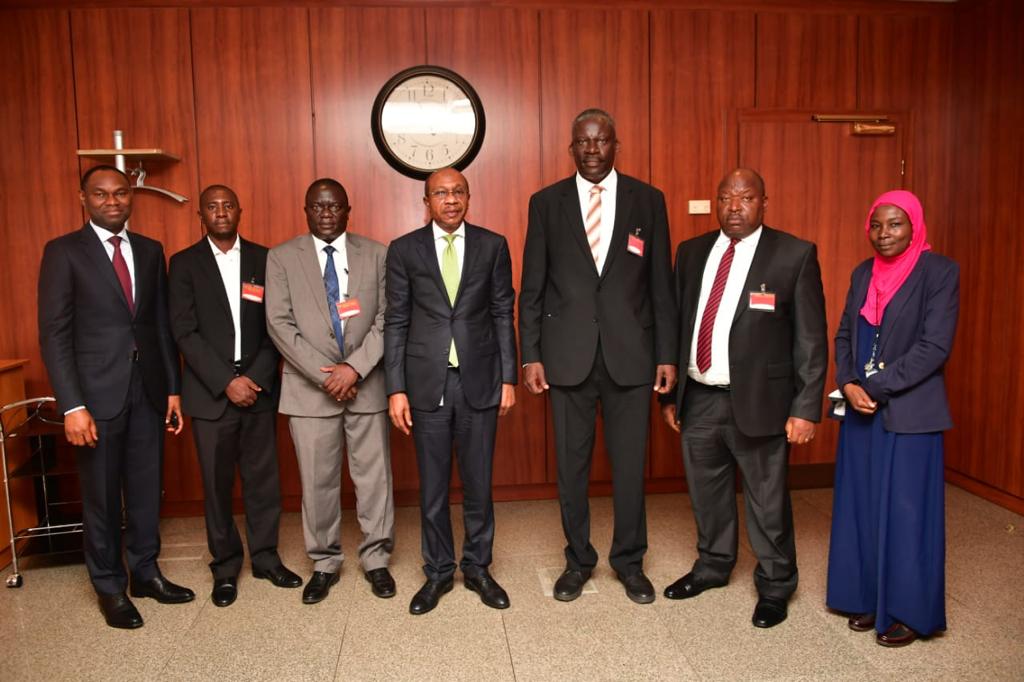 The Central Bank of Nigeria (CBN) has disbursed the sum of N2.1trillion under the Real Sector Support Facility Initiative.
The bank’s Director of Corporate Communications, Mr. Osita Nwanisobi, disclosed this afternoon, at the on-going 17th Abuja International Trade Fair, yesterday.
According to him, the disbursement was to 426 projects across the country, as part of CBN’s efforts to grow the nation’s economy.
Nwanisobi, who was representedby the Deputy Director, Internal Communications, Mr. Sam Okogbue, said, “For the records, under the Real Sector Facility, the Bank released the sum of N66.99billion to 12 additional projects in manufacturing and agriculture.
“Cumulative disbursements under the Real Sector Support Facility (RSSF) currently stood at N2.10trillion disbursed to 426 projects across the country.”
On the theme of this year’s fair, “Creating an Export Ready Market through SME Digitalisation,” the CBN spokesman said that the apex bank was determined to assist players in the sector to produce goods that meet international standards for export.
He said, “The Bank’s management is delighted that your chamber is spearheading conversations on the need to grow the nation’s economy through Small and Medium Enterprises (SMEs).
“This also underscores the CBN governor’s continued calls on Nigerians to not only support the thriving of the SMEs in the production of commodities in which they have comparative advantage but to produce, add value and export and earn foreign exchange.”
He added that the bank’s participation was an opportunity to sensitize members of the public on its policies and programmes, especially its strategic interventions for a sustainable economic development in Nigeria.
According to the director, “As part of efforts towards creating export market, particularly for non-oil commodities, driven by SMEs, the Bank, in collaboration with the Bankers’ Committee in February, 2022, initiated the RT200 FX Programme aimed at boosting earnings of stable and sustainable inflows of foreign exchange as well as insulating the Nigerian economy from shocks and other challenges arising from foreign exchange shortages.
“Our records show that the initiative has started yielding the expected results as importers and exporters have been taking advantage of the payment of incentives of N65 for every $1 repatriated and sold at the I&E Window to authorized dealer banks for other third-parties’ use and N35 for every $1 repatriated by exporter for own use on eligible transactions.
“The bank has continued to support the creation of export ready market, especially those that would add to Nigeria’s economic growth and development, through her interventions in different sectors of the economy.
“It is important to emphasize here that we take the issue of export-readiness of businesses seriously, hence we have always encouraged business to embrace our concept of Produce, Add Value and Export (PAVE).
“The PAVE concept aims to make Nigerians consume what they produce, add value to such products and export the surpluses. It is an initiative similar to the export-led industrialization policy of South-East Asia, which changed the economic fortunes of countries such as South Korea, Taiwan, Malaysia and Singapore. PAVE, which is designed to be the key for fast-tracking a bucket of substitutes to crude oil export, encourages backward integration for the local production of items in which we have comparative advantage.
“If it worked for the South-East Asians, it surely can work for us in Nigeria. I, therefore, urge SMEs to ensure that their products and services are export-ready and can compete globally.”
In his remarks, the President of the ACCII, Mr. Mustapha Abubakar, said that the fair provided a platform for networking and creating business relationships among companies.