Actress Tonto Dike has revealed how her marriage to Olakunle Churchill was a big mistake. In a recent interview, the actress, who spoke about her life, family and career, shared the reason why she quit taking drugs and the love she has for her little boy. The Nollywood A-list actress disclosed that she is presently residing in Abuja.
“I am now an Abuja girl. In 2015 when I was pregnant with my son, King Andre Omodayo, I decided to have my baby, my motherly instincts kicked in, I decided to think of anything that would be better for my son. I love Lagos and I do know the effect it has had on me, I do know what I do not want for my child. So, I decided to check round the country to see where I could raise my son. So, I could raise my son in the best way, that I can and I found Abuja very soothing; education is great, I am not scared that my son will get corrupt either in school or with the neighbours, the neigbours are beautiful. As an actress or a public figure, there is nothing like adoring, your privacy and they give me my privacy here in Abuja.
On her reaction to drug allegations levelled against her, she said: “while growing up, I did a lot of rough movies, I did a lot of movies that doing drugs had to be involved in a lot of movies that people had to form an opinion about me and so, that is where that opinion of drugs came out.
“As a young girl growing up, I did make some mistakes with alcohol, cannabis and cigarettes, but I’ m older now and I’m above all of those things, I have a son now. I always tell people who ask me why I quit smoking “what if my son needs blood tomorrow, what will I say to myself that I can’t give my son blood because I still want to indulge in cannabis”.
I know it’s one of those things I did quit by the grace of God because it is not easy to desist from. The drug allegations from my ex-husband, Olakunle Churchill was just a lie to cover up his domestic violence track, he felt that was a tool he could use to tarnish my image, but come to think of it, there are too many holes in that story. It is impossible for a father who genuinely says he cares about your son to leave his son with a drug addict at home, would you not fight for the custody of your son?, I don’t joke with my son, so, if a father joked with his son in that way, he just lied to cover up the fact that he’s a woman beater.
That further separates your private life from your performance on screen. Definitely, but the fans keep pushing it, in the past I used to get upset because of the negative perception they had about me. If you sit back and watch my movies you will discover that I’m a very good actress. I do it like it’s real and that is why I don’t really blame the fans for having that mindset.
child support case. And I won. But those things are personal to me and also out of respect for my son.
I ’ll never talk about something that concerns him. If you want to talk about me and my ex-husband that’s different but I will not even glorify that because he’s eating off my energy and my stardom and I don’t want that anymore. I don’t even think I was ever married because he was married to someone else while I was married to him.
She stressed that it was a huge mistake but then again, how can a mistake produce such a wonderful gift, that is all I keep saying to myself. How it happened is something I have forgotten about. Part of the healing process is not going back to it, I’m done.
On her cosmetic surgery, she said “I did a cosmetic surgery, but before my surgery, I had lost all my baby weight, I was a little bit stressed out being a new mom, I started going back to work, I started to eat healthier, I stopped breastfeeding because it was the only thing that made me add weight. My body metabolism just went back to normal after that. She noted that sincerity and motivation in marriage is very important. People break up for different reasons, some people break up for something as little as toothpaste, so, we can never compare one breakup to another and I don’t think anybody is happy over a breakup. Most especially I would not ignore those little signs that suggest that there is danger ahead. Like I said before I’m not going to talk about the signs, I’m done with that. At this moment I’m extremely happy, my projects are going well, my son has good health, he goes to one of the best schools in Abuja and my son is going to be two, I have every reson to be happy.

My Husband Is My Destiny – Mercy Johnson-Okojie 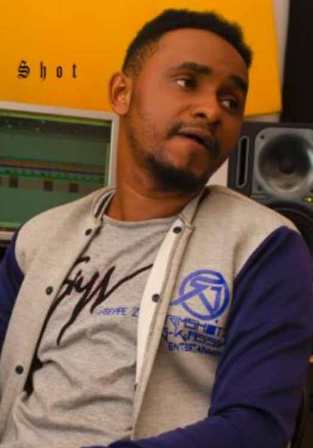