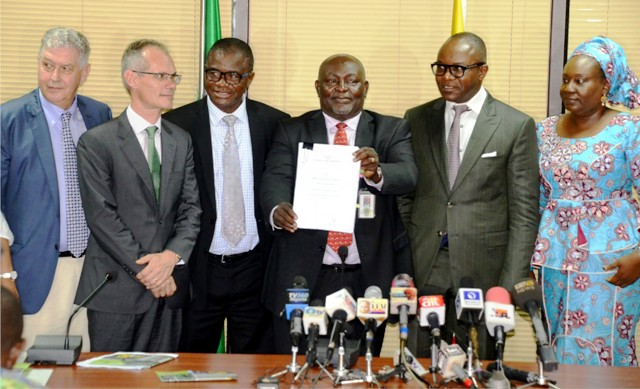 A former Nigerian envoy to Japan and Equatorial Guinea, Amb. Godknows Igali, has said that the people of the Niger Delta region would continue to demand a restructuring of Nigeria’s economy where 50 per cent of the revenue from resources from the region is kept back for development of the area.
He said that the 1960 and the 1963 constitutions which were the foundation constitutions for the country had spelt out that every region should keep back 50 per cent of revenue from its resources.
Igali, also the former Permanent Secretary of the Federal Ministry of Power and former Secretary to the State Government in Bayelsa State who disclosed this in an interaction with newsmen on his arrival at the Port Harcourt International Airport Omagwa at the weekend, noted that the South-West region and the Northern part of Nigeria had benefitted immensely from the 50 percent revenue on the cocoa and the groundnuts, among other resources they produced.
“Based on the 1960 and 1963 constitutions, the West and the North used their resources to develop themselves, they gave scholarships to their people, and they had occupied the leadership class in the Federal Civil Service.
“The South-east then had palm oil and that was not actually moving market, while the South-South had nothing then, and could not develop its people.
“The 1966 military government came and abolished the constitution, and introduced a kind of unitary system and now because a lot of things have gone wrong, we must go back to the basics, which is the 1960 and 1963 foundation constitution.
“We will continue to talk and negotiate with government on this issue. Fifty percent of our resources should be kept for us in the Niger Delta states, so as to develop.
“It is annoying that you see oil flowing in your environment and others are feeding fat on it, without you having anything to show for it.
“We, the elders and opinion leaders in this region, have taken the risk to tell the boys to stop any destruction and to be peaceful, while we still talk with government.
“There is a limit to endurance and we believe that the federal authorities will do the needful to let peace reign in this country,” Igali said.
The former ambassador, however, noted that no country of the world has come to the peak of its development, adding that countries, including the United States, are still negotiating and talking on how to move their nations forward and correct past wrongs.