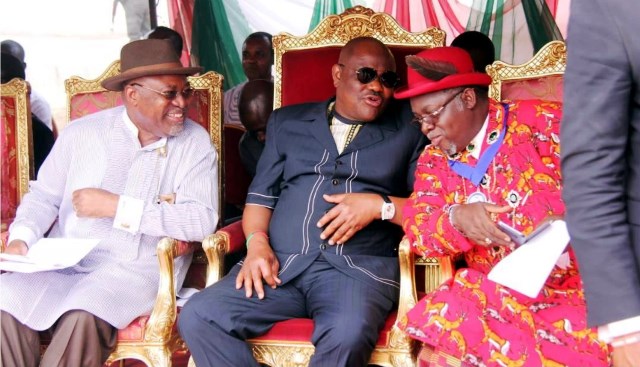 The Hydrocarbon Pollution Remediation Project (HYPREP) has extended its healthcare outreach programme to Tai and Gokana Local Government Areas of Rivers State, with medical practitioners under the auspices of the Ogoni Doctors Forum successfully performing surgeries on nine Ogoni sons and daughters.
This is even as the interventionist agency has called on the Rivers State Government and local government councils within Ogoniland to throw their weight behind the ongoing clean-up project.
The medical outreach programme is the first step of the health impact assessment study as recommended by the United Nations Environment Programme (UNEP) Report on the clean-up of Ogoniland.
The programme which started on December 26, 2017 in Bori, headquarters of Khana Local Government Area, anchored at Primary Healthcare Centre, Kpite in Tai Local Government Area on December 28 and at General Hospital, Terabor in Gokana Local Government Area on December 30, 2017. It has so far recorded massive turn out of Ogoni people who have benefitted from the exercise.
Speaking at the event in Terabor community last Saturday, the Project Coordinator of HYPREP, Dr. Marvin Dekil said through the commencement of the health outreach programme, the Federal Government has demonstrated a clear commitment to the Ogoni clean-up project and urged the state government to do same by throwing its weight behind the project.
Dekil said there was the urgent need for the state government to support the programme at this point because, “the Ogoni clean-up project is a collective process for us”.
He noted with pleasure that the outreach programme had so far recorded tremendous success as thousands of patients had been treated and provided with quality medication for their various health challenges, adding that HYPREP was also getting the medical history of the patients that would help it form part of a data base in ascertaining if the ailments being diagnosed have a link with the oil pollution that devastated Ogoni land.
While commending the doctors, the medical women and the beneficiaries, the project coordinator called on more Ogoni people to embrace the programme.
Also speaking, the President Elect, Medical Women Association of Nigeria, Rivers State Chapter, Dr. Vetty Agala harped on the need for Ogoni people to whole-heartedly embrace the free health programme, as HYPREP had put everything in place for its success.
According to her, going by the motto of the association, the female medical personnel were treating their patients with the love of mothers.
Some of the beneficiaries, Amb. Prince Giadom, Mrs Keta Ganwa, among others said they were happy to participate in the programme, saying, it was a package the Ogonis had longed for and thanked HYPREP for the gesture.
At the Primary Healthcare Centre, Kpite, doctors were last Saturday seen working round the clock to attend to patients in the various wards while some of the patients were undergoing surgeries.
Addressing journalists, the Coordinator of the medical outreach, Dr. Leloonu Nwibubasa disclosed that since the programme started, the team of doctors had handled over 317 cases.
He said out of the 37 patients on the list for surgeries, the doctors had successfully handled nine cases.