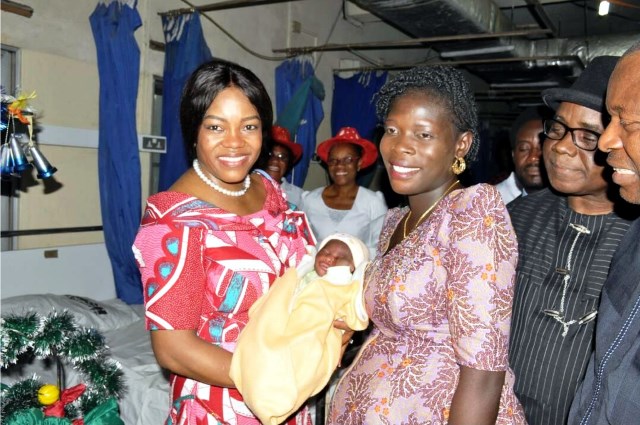 The Eze Oha Evo III of Evo Kingdom and Eze Gbakagbaka, King Leslie Eke, has corroborated Rivers State Governor, Chief Nyesom Wike’s view on the call to end discrimination and tribalism in the country.
He said this when he received in audience the Ada Ndi’Igbo, Queen Amarachi and her entourage over the weekend at the Eze Gbakagbaka’s Palace in Woji, Obio/Akpor Local Government Area.
Eke said that the governor has since matched his words with action by appointing non-indigenes into various strategic positions in his administration, including chief judge of the state, a commissioner in his cabinet, some permanent secretaries, among others.
The monarch was of the view that the Igbo Beauty Queen could also use her office to ensure that the dichotomy between ethnic groups in the country was bridged. He stressed that such would only be achieved if the Queen partnered organisations with genuine intentions, motivations and vision, to make Rivers State, and indeed, Nigeria, great again.
The distinct and vocal traditional ruler also pointed out that the ultimate thing in life was actualising one’s goals, and added that such must be pursued with dedication and commitment.
The Evo ruler, who stressed the importance of unity, said that they must learn how to live and tolerate each other politically, culturally, religiously and economically.
He further called on the Ada Rivers Beauty Queen, who was on the entourage, to ensure that non-indigenes in the state were carried along in policy implementation to ensure inclusive and prosperous society.
In her response, the Igbo Beauty Queen, Miss Amarachi said they were at the Woji ancient palace to intimate the king about her plans to give voice to the education of the girl-child.
She also hinted that plans were at advanced stage to reach out to the less privileged in the society, as part of the wider call by leaders to promote national unity and cohesion.
The Queen promised to do her best in preaching against tribalism and discrimination in Nigeria.