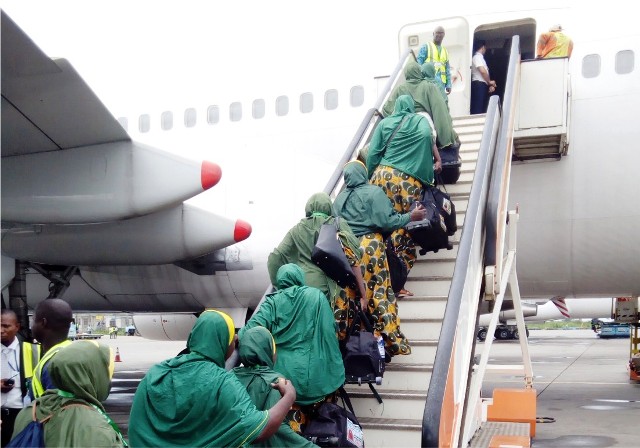 The Directorate of Cargo Development, Federal Airports Authority of Nigeria (FAAN), has met with the Nigerian Export Promotion Council (NEPC) to chart a way forward for trade facilitation of Nigeria goods.
A statement from the Corporate Affairs Unit of FAAN which was made available to newsmen in Port Harcourt, revealed that the meeting was part of the advocacy on perishable products export.
The Director of Cargo, Uchenna Ofulue, in his address at the meeting informed the parties that the authority had 14 designated cargo airports in the country and that ware houses were being constructed for both perishable and dry goods which have to meet international standards for trade facilitation.
According to him, the FAAN recently sponsored its staff to Geneva for the purpose of trade facilitation, and that the directorate also reached out to the international contacts to assist them identify markets for export items.
The Deputy Director, NEPC, Mr William Ezeagu, said that FAAN was doing the right thing when it talked about the danger of transporting perishable goods by road, due to break down of vehicles and, most times, bad roads which he said could lead to loss of goods.
The NEPC Deputy Director, according to the statement, further remarked that having cargo export zone in different states would help reduce the perishing and waste of goods.
He further stated that cargo experts would be coming to have audience with FAAN, and that the experts would want to inspect some of the ware- houses in the airports, and urged the FAAN authorities not to lose sight in moving the cargo development forward.