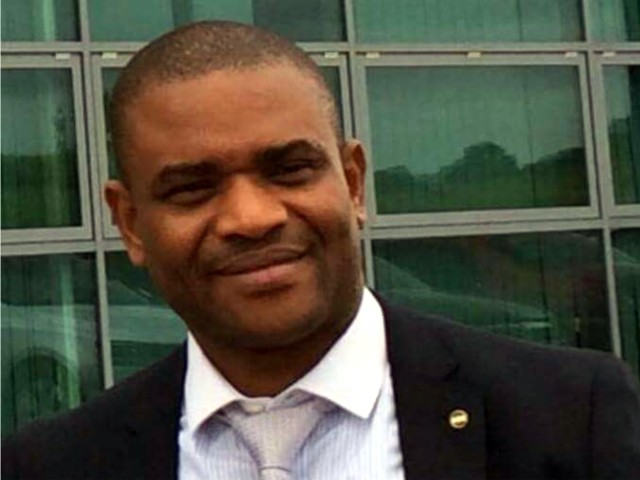 ‘Our One Year In Obio/Akpor Council Has Been Fulfilling’

This is the concluding part of the interview carried last Friday, July 22, 2022.

‘I Want To Be Remembered For Laying RSUTH Foundation’ 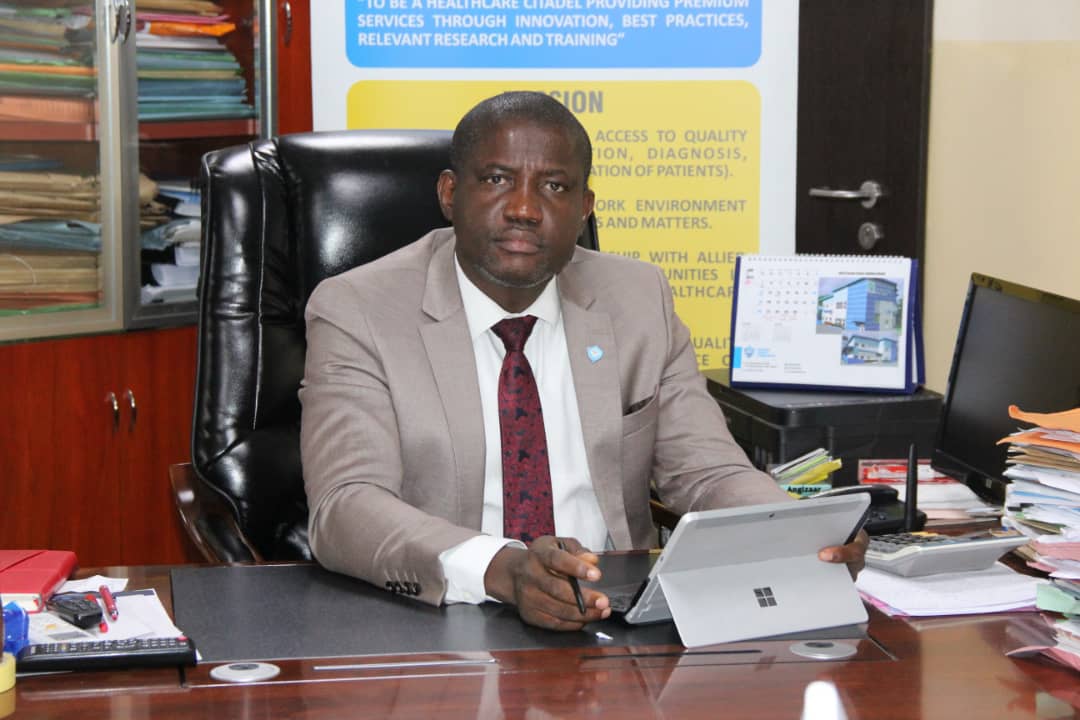 The Rivers State University Teaching Hospital (RSUTH), one of the newest in Nigeria, has come a long way since it came into being four years ago. The change from a comparatively obscure Braithwaithe Memorial Specialist Hospital (BMSH) in the country to its present status as a Teaching Hospital has not yet ceased to baffle close watchers. How did this happen? Who made it happen? What is it that has so turned things around in it that has made it the bride of genuine good health seekers within and outside the State? To respond to these and other nagging questions, The Tide’s Business Editor, Soibi Max-Alalibo, and Deputy News Editor, Sogbeba Dokubo, sought the answers from the Chief Medical Director, RSUTH, Dr. Friday E. Aaron, on whose shoulders the responsibility was placed. The interview turned out to be revealing as it was assuring.

Since 2018, when the Rivers State University Teaching Hospital was birthed from the then Braithwaithe Memorial Specialist Hospital, Rivers people, residents of the State, and those from other neighbouring states have never had it so good in terms of accessing medical care for which they hitherto had to travel very far.

Beyond easily accessing the right medical care, patients can now walk in, get necessary medical attention, and walk out with little or no stress as it was in the days of BMSH.

Staff, from the bottom to top, are more dedicated to their responsibilities due to high motivational standards, better equipment to work with, and incentives, which have given them more reason to put in their best in their jobs.

The result is that from being an institution that rendered only health care services, it now renders the same services at a more higher level, trains health care practitioners, and also carries out researches. 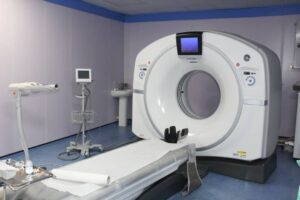 The person at the centre of this phenomenal change is the State Governor, His Excellency, Nyesom Ezenwo Wike, who, as part of his NEW Vision, extended his midas touch to the hospital by appointing a technocrat in the fold of Dr Friday Aaron as the pioneer Chief Medical Director (CMD), who has turned out to be the engine room or the development of one of the foremost Teaching Hospitals in Nigeria.

As the CMD puts it: “I have not just been in charge, I’m the pioneer CMD of the hospital. So, that places on me a huge assignment of laying the foundation, and then building on it”.

This eventually became his driving force, which is “to be remembered as one that came, laid a foundation that people should build on, sustainably”.

In order to attain this quest, Dr. Aaron acknowledged what he called the “incontestable magnanimity” of the State Governor in according him the privilege of not just appointing him as the pioneer CMD, but also providing the wherewithal in terms of provision of manpower, equipment, and key Infrastructures required to turn the tide of the hospital around to what it is today, preparatory to what it will be years to come.

“One thing that’s outstanding is the overall change in the hospital, the overall repositioning of the hospital that was just mainly rendering health care services, to a Teaching Hospital with capacity to manage very complex cases.

“And that change is obvious for us to see in terms of infrastructure, change in mindset of staff, quality of services, in terms of overall patient experience “, he said.

On assumption of duty in 2018, the first thing he did to set things in motion was to develop a Mission, Vision, and Core Values for the hospital, and also ensure that staff adhere strictly to achieving them as spelt out in their various responsibilities.

To encourage staff in being at their best in their jobs, various awards have been instituted for outstanding staff in various departments, “and this has changed their mindset for better and quality service delivery”.

The result is that four years down the lane, RSUTH has not only recorded tremendous achievements in areas that fall within its mandate, but has also kept on improving in all key three areas that comprise the mandate: rendering medical services; training of medical personnel; and carrying out researches. These three are what the CMD called the “Trypod Mandate” of a Teaching Hospital.

In service delivery, RSUTH now renders services beyond Rivers State up to the South-South and South East States.

“After we became a Teaching Hospital, we now render services up to the South-South and South East because of the level of equipment we have “, he stated.

Dr Aaron, an orthopedic surgeon, said the result of the upgrade to a Teaching Hospital, among others, is that the environment has turned into a beehive of activities: from the gate through all the various departments, every staff is usually on their toes, and does so with a mindset of responsibility to serve, and in all happiness to do so.

“When you talk about services, you see that anytime you walk into the hospital, you see how busy it is, because of the level of services we render”, he said.

Beyond attending efficiently to all who come to the hospital to seek treatment or service, by ensuring that they get to the right place to get the required attention, the hospital has also improved in clinical care services, where diagnostics stands out tops.

As the CMD captures it, “we have the best radio diagnostic equipment East of the Niger “.

These and other essential machines for a Teaching Hospital that are not commonly available in most tertiary health care institutions in the country has turned RSUTH into a Mecca of sort, attracting people from outside the State, most especially from the South-South and South East.

Such States include Enugu, Umuahia, Owerri, and Bayelsa. People Troup into the hospital for one form of diagnostic investigation or the other on a daily basis.

Following the upgrade also, there have been non-stop and all round power supply from 2018 up to March 2022, when it had to be rationed to departments that necessarily require it all through the day, such as the radiology department where equipment has to be on 24/7.

RSUTH also has Dialysis Machine, which has the capacity for Renal Transplant, popularly known as kidney transplant.

Currently, personnels have been trained, and more are still undergoing trainings on how to operate and use the machine.

What this means is that in no time, kidney transplant and other related diseases, for which patients are flown abroad, can be done and treated in RSUTH. Ultimately, this will attract more patronage from far and near.

In training, RSUTH, by its status as a Teaching Hospital, is a training ground for both the Rivers State University, and private owned Pamo Universiy of Medical Sciences.

“It is because we have a functioning Teaching Hospital that the regulatory body approved RSUTH as a training ground.

“The Collage of Medical Sciences accredited RSUTH to train doctors. They come from time-to-time, for every level to check what is on ground. For training, we have supported at the undergraduate level, student nurses from RSU are also being trained here”, he stated.

RSUTH, Dr Aaron continued, “serves Rivers people primarily, and also Pamo Universiy of Medical Sciences who are one year ahead in terms of students. They come for their orientation, medical experience, and have also received accreditation because of their relationship with us.

The implication of this is that RSUTH has not only been carrying out clinical trainings, but also provide manpower for both the public and private sectors, and most of these students are of Rivers origin.

In order to fulfill its mandate on research, RSUTH is registered with relevant national bodies and is licensed on health ethics and bio-ethics.

“This has helped us because more of our lecturers and staff write to the ethics committee, receive approval and do researches”.

This, the CMD said, has given RSUTH global visibility.

“Now, you can just Google researches and publications done here. You’ll see quite a lot of our publications. We have data, unexplored data, because we have been working for sometime.

“That’s why we started by upgrading our records because it was an issue in the past. Now that we have electronic records, it is easy to get data”.

Though these and many other successes have been recorded in the first four years of RSUTH, Dr. Aaron said the feat was achieved amidst challenges.

He, therefore, called for partnership with well-meaning individuals and organisations to partner the hospital in order to serve the public more, saying hat Government alone “cannot do it all”.

So far, the Nigeria Liquified Natural Gas (NLNG) seem to have taken the lead in this wise by building the Infectious & Disease Unit of the hospital, which is under construction.

“The Governor has done a lot. The story of this hospital has changed for good. Patients should utilize the hospital and also be friendly, show loyalty, commitment in the hospital, by using the facility in such a way that they see it as belonging to them, which is taking ownership, in order to sustain it”, he said.