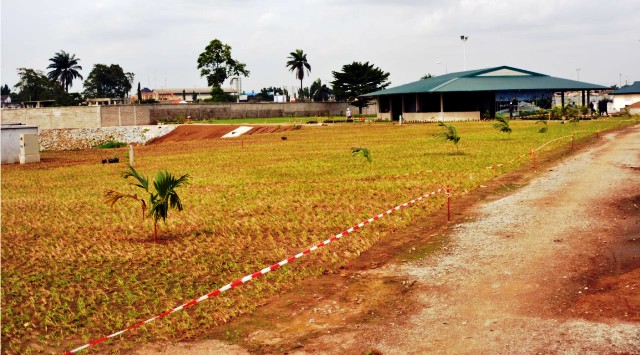 The United Nations Children Fund (UNICEF), says  over one thousand children die globally from diarrhoeal diseases from unsafe drinking water and poor sanitation.
UNICEF  WASH Specialist, Rivers State field office, Port Harcourt,  Martha Hokonya who disclosed this in Port Harcourt also said that globally, 40 billion man hours is spent every year in search of water.
According to her, about one thousand children die every day worldwide from diarrhoeal and poor sanitation.
She said about 1.8 billion people use sources of drinking water contaminated with faeces, putting them at risk of contracting cholera, dysentery, typhoid and polio.  “Unsafe water, poor sanitation and hygiene cause around 842,000 deaths each year.
The UNICEF WASH specialist said  the  target  of the Sustainable Development  Goal  (SDG) is to improve on safe and portable water quality by 6.3 per cent by 2020 through the reduction of pollution, elimination of water sources as dumpsites, elimination of hazardous chemicals as well as educating the public to safeguard their rivers, lakes streams and  wells.
“Progress towards target 6.3 will also help achieve the SDGs on health, and wellbeing (SDG 3) safe water and sanitation (SDG 6) affordable and clean energy (SDG7) sustainable cities and communities (SDG 11) life below water (SDG 14) and life on land (SDG 15)” she said.
Hokonya, whose address was delivered by Theodora Igboaruka described water as an essential building block of life. “But it is more than just essential to quench thirst or health, water is vital for creating jobs and supporting economic, sound and human development”.
She stressed the need for governments at all levels to invest in the provision of safe and portable water.

The mass production of solar panels in response to the rising demand for alternative cleaner power solutions has made solar installation for homes and businesses more affordable, PPC Limited has said.
While commenting on the frequent collapse of the national power grid, the attendant blackouts and its disruption of business activities, Head of Power Division at PPC, Kelechi Onuigbo, said businesses should look into cost-effective alternative power solutions for uninterrupted power supply.
He said that even though solar panel installation and its storage systems have become more affordable, the efficiency of photovoltaic panels has not diminished in any way but improved with constant research and innovation.
It would be noted that
as part of the global decarbonisation and energy transition drive, the Nigerian government has demonstrated commitment by commissioning off-grid electricity projects that will ensure all Nigerians have uninterrupted electricity through investment in solar-powered mini-grids.
The Federal Government is also implementing different initiatives targeted at achieving at least 30,000MW generation by 2030 with 30 per cent from renewable energy sources.
Onuigbo said: “It’s important for energy access to keep pace with population growth in the country. This is why we are advocating for increased investment in off-grid alternative energy solutions that provide stable electricity in the event of natural disasters or power outages.
“The one-time investment and low maintenance of solar installations make it an affordable and preferable alternative power option for businesses and households,” he said.
“Constant electricity is key to the survival of businesses and that is why PPC is committed to supporting organizations in bridging the infrastructure gap in Nigeria’s power sector.”

According to him, rapid advances in technology and available financing facilities have encouraged manufacturers to invest in expanding their production capacity, which has lowered the cost of solar panels.

He said that solar panels can generate major utility savings for businesses that are considering reducing electricity costs, carbon emissions, or both.

PPC (formerly Philips Projects Centre) is a wholly Nigerian-owned multi-competency engineering and infrastructure development company. It is dedicated to ensuring equitable electricity access in Nigeria and has over the years invested in grid infrastructure as well as affordable renewable energy solutions.

The Dead Body At Onne Junction

On Friday 3rd of February 2023, on my way to Tai local Government Area for a news coverage,I was caught up in an offensive odour along the East West road close to Onne junction in Eleme local Government Area.
Despite attempts by passengers in our 18 seater bus to cover their nose , the odour kept coming.
Nudged by my journalistic instinct, I began asking questions.The inquiry made me to understand that the odour was coming from a decomposed body .
The dead body, according to investigation was that of a young man who died three weeks ago.
Nobody however could tell what killed him,or the identity of the deceased.
Meanwhile, going by the level of the offensive odour, and except the Eleme local Government Council and other relevant Authorities act fast, communities around the Onne axis of the East West road may experience an epidemic.
Some stakeholders have raised concern over the imminent outbreak of an epidemic around the trailer park junction of Onne.
An eye withness, who spoke with The Tide at the trailer park junction Onne,Eleme local Government Area, said the dead man has been lying there close to three weeks now.
She said nobody seems to care about the situation, stressing that even the Authorities seemed not to care.
“That body has been there for over three weeks now.
“They should come and remove it before it blows up”
Another respondent, who gave his name as Aikiru said it was very bad.
He said government should come to the area and remove the dead body before it gets worse.
“You can’t stay here especially in the night. Only God is helping us, ‘he said.
Sikiru further told the Tide that it was not the first time such incident happened, adding that many at times it was people from the area that bury them
“Sometimes mad people died here and nobody will remove their bodies.
Sometimes it those of us here that will organize ourselves to bury them”
One of the occupants of our vehicle,a middle aged woman from Ogoni urged Eleme local Government Council to do something about the situation.
The woman who spoke under anonymity said the situation might cause accident as vehicles might  increased their speeds  on getting to the spot not minding who is coming behind.
“The Authority should do something about this before it is too late.’
Another respondent who does business at the trailer park also complained of similar incident, stressing that it is not the first or second time it happened everyday.

“We are really dying here .Help us to tell the government to come and remove the man for burial”

He said a similar incident happened last year and it took along time before the man was buried.

As at the time of filling this report, the body was lying at the spot.
A number of motorists who spoke on the issue expressed concern over the incident and urged for urgent attention by the Authority concerned.
They the odour is even distracting their attentions.

The Eleme local Government Council and health Authorities in the area could not be reached for comments.

As noted by some respondents , the incident is not the first and not limited to the East West road.
The case of dead bodies on the road has become a thing of concern.
But at the moment Eleme local Government Council should do something about the decomposing body at Onne junction.

Reactions have  trailed the declaration by the federal government of another flooding this year
Across section of Nigerians, who spoke with the Tide on the issue regretted that another flooding is coming few months after communities were ravaged by the incident  last year and are yet to recover.
They urged for urgent measures to save communities from another disaster.
National Publicity Secretary of the Nigerian Mining and Geosciences (NMGS) Mr Proper Ogbunie, said both the federal and state governments should put in place mechanism to save communities from another flooding this year.
Ogbunie, who said this in a post to The Tide while reacting to the government predictions regretted that another flood is coming when communities ravaged by the incident last year are yet to recover.
He also regretted that government was yet to take measure to contain another flood incident, stressing that even the cry for the dredging of River Niger is not being heeded to.
Ogbunie also called on communities to begin to think of how to save their lives and property incase there is a flood this year.
It would be recalled that the Federal Government of Nigeria recently declared that there would be another flooding this year.
The Government also declared that 662 persons were killed across the country by flooding last year, while property worth millions got destroyed across the country.
The Director-General, National Emergency Management Agency, Mustapha Ahmed, disclosed this in Abuja at the executive seminar for NEMA employees and senior members of staff selected from State Emergency Management Agencies and critical disaster management stakeholders.
Mustapha said the devastating 2022 flood disaster across the country was the first of its kind in the history of Nigeria, as about 662 persons were killed.
However, he assured Nigerians that early preparations had commenced to avoid some of the mistakes that were made in 2022 and state governors would be informed early this year about disaster-prone areas.
Ogbunie called on government to begin the process of rehabilitating communities ravaged by the incident last year.
He said if nothing is done , the sufferings of communities. will increased.
Also speaking, Secretary of Amango Youth Assembly, Mr Joshua Ngo, called on government to do something urgently about the flood situation in the country.
He said it would be too much for the people to bear if another flooding comes few months after the abatement of that of last year.
According to him, what ever the government can do to solve this problem should be done immediately.