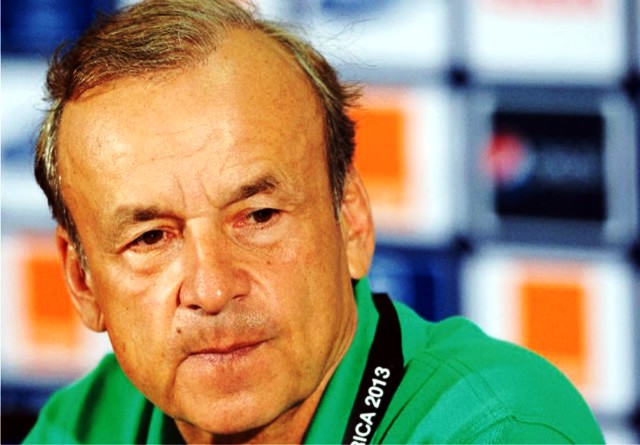 Imama Amapakabo reveals that Nigeria coach, Gernot Rohr spoke to him after Enugu Rangers sacked him.
Amapakabo helped the Flying Antelopes break a 32-year wait for a major trophy in 2016, as they lifted the Nigeria Professional Football League trophy.
A season later, Amapakabo struggled to get the right results both in the domestic league and on the continent, thus, prompting the management of the Flying Antelopes to terminate his contract.
“Gernot Rohr called me to wish me well that every good coach gets sacked, that I should take it in my strides and not feel bad,” Amapakabo told Tidesports source.
“I was highly elated that he could put a call through to me. He encouraged me to move on and that I should accept whatever it is that has happened and that it’s part of the game.”
On a possible return to Enugu Rangers in the future, Amapakabo said: “I am a professional, I will come back to Rangers in future if the opportunity comes and if they meet my terms.
“We all learn but when a repeat of past mistakes happen again then it means that experience has learned from us and we didn’t learn from experience.”
“I want to say a very big thank you to the Governor and government of Enugu state, the board, and management of Rangers international, the coaches that worked with me, the support staff, the players and the supporters of the team.”
“It was a privilege for me to have worked for this great club. It’s one that I will forever savour in my life. I had a wonderful stay in Enugu and I pray that God should continue and guide the team,” he concluded.
The former Sai Masu Gida defender has confirmed that he has penned a two-year deal with the Promise Keepers