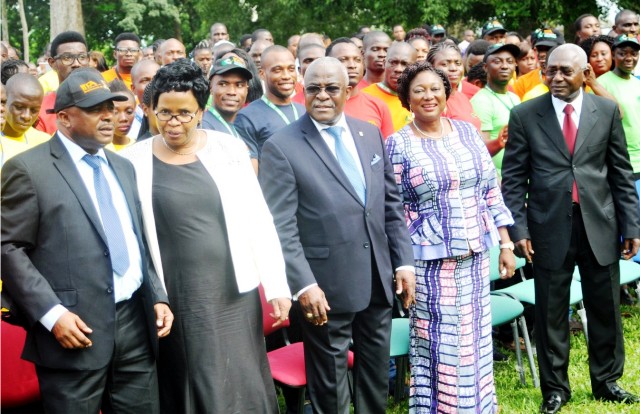 The Chief Executive Officer of the Nigerian Export Promotions Council, (NEPC), Mr. Olusegun Awolowo, has observed that small and medium non oil exporters and export regulatory agencies lack export knowledge.
In a release obtained by The Tide  at the zonal office of the agency in Port Harcourt, recently, Olusegun made the observation during a recent  capacity building programme  organised by NEPC and the centre for promotion of Imports from Developing Countries (CBI), Netherlands.
“Empirical Studies have shown that key challenges to exporters, both to the European Union (EU), African markets lack knowledge,  experience and  exposure  regarding export marketing  and management,” he said.
He said the  lapse was found mostly among small  and medium exporters and export regulatory agencies.
According to him, such challenges necessitated the council’s  collaboration with CBI to enhance knowledge  and implement  capacity building as an outcome of  needs analysis.
He disclosed that within the framework, NEPC has decided to focus on three sectors.
The sector, he revealed, includes, sesame seed, cocoa and cashew  nuts as pilot products with the view to applying same strategies  and processes in developing  other products.
Representative of CBI, Mr. James Fitzpatrick, said that Nigeria was chosen as a priority country for the Netherlands in view of the business and trade relations of the two  countries.
“Our objective is to train  NEPC  coaches and a group of   objectively selected companies drawn from the sesame seed, cocoa, and cashew sub-sectors who  are focused  to improve  the contribution of non-oil  export  sector to the economy of Nigeria”, he said.