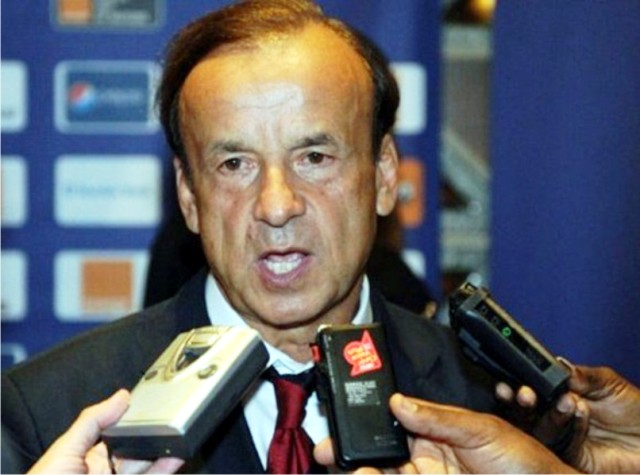 Gernot Rohr’s men are now the fifth best African team having moved a place up in the monthly rating announced yesterday  morning
Nigeria is now the 40th best football playing nation according to the latest Fifa ranking released on Thursday.
The Super Eagles were ranked 41st in March ranking but this month, they moved a place up thanks to their 1-1 international friendly draw against Senegal in London.
They are fifth in Africa behind leaders, Egypt, Senegal, Cameroon and Burkina Faso.
The Indomitable Lions, who will face the Super Eagles in a crunch 2018 FIFA World Cup qualifier, dropped a place to occupy number 33 in the world, though third in Africa.
On the global scene, Brazil returned to their seat at the top of the podium after a seven-year break. They are followed closely by Argentina, Germany, Chile and Colombia.
Macedonia (133, plus 33) were the month’s biggest movers, with some strong gains coming within the top 50 too as Sweden (34, plus 11), Northern Ireland (26, plus 9), USA (23, plus 7), Greece (39, plus 7) and Japan (44, plus 7) all gained ground.