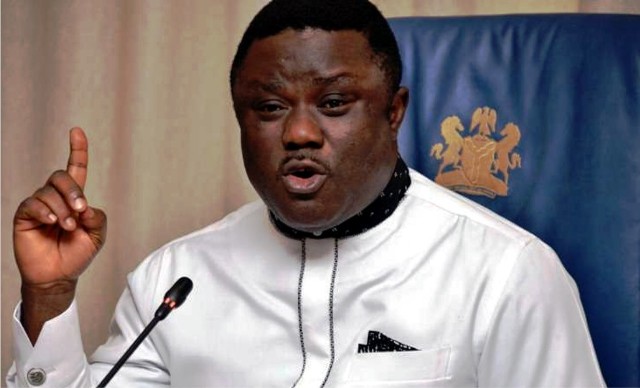 The Cross River State Governor, Prof. Ben Ayade, has decried what he described as injustice meted out to the state by the Federal Government as regards to revenue allocation over the years.
Ayade lamented the unfair treatment recently when he received the Chairman of Revenue Mobilization, Allocation and Fiscal Commission, Alhaji Aliyu Ahmed, who led members of the commission on a courtesy call on the governor in Calabar.
According to him, following deliberate decisions taken by the Federal Government and her agencies over the years, the people of the State “feel like captives in a place they call their own.”
Ayade said the loss of 76 oil wells by the state was a direct consequence of the ceding of Bakassi by the Federal Government and that rather than find a permanent solution to the fiscal challenges that arose from that action, the Federal Government has inflicted incalculable pain on the people.
Governor Ayade lamented: “You took our land, took our oil wells, took us out of 13 per cent derivation fund and reduced us to a weeping child in the Niger Delta Development Commission (NDDC). The pain is incalculable. We are a captured people by the Federal Government. We have no say because it does not matter. We practice “ethnography” and so it does not matter how the people of Bakassi and Cross River as a whole are in pains.
“Today we have NDDC, whose projects are based on percentage of oil production. So, look at what we have lost from the perspective of NDDC which keeps us as a crying child who is just in NDDC by geography and not by production, as the sharing formula here is by quantum of oil production coupled with the fact that today also we no longer benefit from the 13 per cent derivation,” he added.
“If not for President Buhari, I am sure that even the superhighway and Bakassi Deep Seaport (being developed by the state) would have been killed by now. But how can a people feel like captives in a place they call their own?” he queried.
According to him the Federal Government created a permanent injury and sought a temporary solution. So, there is a permanent loss of oil well and temporary allocation of revenue, how does that work?”
Wondering what indices are used by the federal government in deciding allocations for the state, he said, “if I have to link two villages in Cross River State, the minimum kilometers you are going to do is 5 to 6kilometers because the state’s landmass is 21,000 sqkm while you are dealing with sister states in the Niger Delta with 3,000 sqkm. You need to put six states together to give you our land mass”.
“I do not know how you calculated and factored the revenue that comes to Cross River State without considering the land mass. If land mass was a factor, land mass alone would have given us more allocation than any other  state in the South-South. “If oil was the issue, then you should also know that you have not given a dime for frontier exploration of our gas and hydrocarbon deposits,” he said.
He therefore, charged the commission to use the opportunity of their visit, which is a fact-finding one, to write a report that will right the wrongs done to the state over the years.