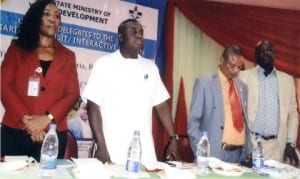 Nigeria Crashes Out Of 2016 CHAN