Enyimba captain Chinedu
Udoji has admitted that they missed leading scorer Mfon Udoh in the Champions League clash against Buffles du Borgu of Benin Republic last weekend.
Daniel Etor put the two-time African champions ahead after eight minutes, before goals from Kingsley Sokari and Peter Onyekachi in the 85th and 90th minutes sealed the day for ‘The People’s Elephant’.
Udoji who was on from start to finish said, “I would say yes we missed Mfon’s services.
”There were some situations that if it was Mfon on the ball he would have scored. There is no doubt Mfon is a great player, and brings a lot to the Enyimba team. But the players we had for the game gave their best.”
He also said it was a hard fought home win for Enyimba.
“We wanted to start on a winning note because it was our first game. And you know the result of your first game tells a lot on how you would fare in a competition.”
Enyimba will be guests of Buffles du Borgu next weekend the return leg.

Wenger Promises Not To Hold Up Nigerian Players 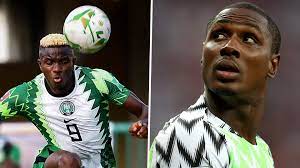 Super Eagles striker Odion Ighalo is hoping that Victor Osimhen will recover in time to lead Nigeria’s attack at the forthcomiong Africa Cup of Nations in Cameroon as he will be ‘needed’ at the tournament.
Napoli forward Osimhen suffered a serious injury to his eye socket after collision with Inter Milan defender Milan Skriniar earlier this month.
The 22-year-old required surgery, including six plates in his face, after his eye came out of its socket in the clash.
Tidesports source reports that Osimhen was ruled out of action for the next three months, which would include the AFCON.
But Ighalo, who recently returned to the international fold after an early retirement, says he is hoping for a miracle to see the youngster in Cameroon.
“I spoke to him after his surgery to wish him well, and to tell him that this is one of those things that happen,” Ighalo said.
“I am praying by God’s grace for him to recover. We need Osimhen at the Nations Cup.
“He is young, he is a fighter and he will come back stronger than before and make it to the AFCON. We will see him there doing well as he has been doing because this is his time and he needs to shine.”
It would be recalled that the 32-year-old announced his retirement from international football the day after helping Nigeria claim bronze at the 2019 Africa Cup of Nations in Egypt, but found himself running out in green and white again as the team battled to a nervy 1-1 draw against Cape Verde last month. 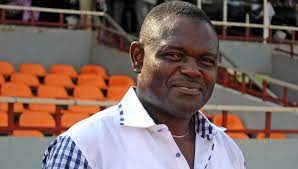 The technical manager of Rivers United FC of Port Harcourt Stanley Eguma, has attributed the slowness of his attackers in front of goal to technical issues.
According to him, his attackers are not fast on the ball after receiving the ball from the midfielder, adding that it is a technical indiscipline from his players.
Eguma stated this last Sunday,in his post match interview with sports journalists shortly after his boys (players) defeated Al Masry of Egypt 2-1 in the first leg of the CAF Confederation Cup (CAFCC) at the Enyimba International Stadium, Aba.
The number one coach of the state also noted that the match was not a bad one, pointing out that, the first goal which was disallowed by the central referee should have boosted the moral of his team.
“It was not a bad game.
The issue is that the goal which we conceded was not expected.
I think the first goal scored that was disallowed was a goal, because it deflected from the opponent.
The slowness of the attackers in front of goal is a technical issue.
We are not faster on the ball,” Eguma stated.
He further explained that, the victory was a narrow one, adding that they will go back to Cairo in Egypt with insight to get more goals.
“We will not go there to defend rather we are going there to attack and score goals.
He disclosed that, playing in Enyimba International Stadium, Aba was not a disadvantage saying that, they have all the chances to score more goals.
“My boys played well in the first half, if we had not conceded that goal in the first half the second half would have been better.
We will go back and work on our weaknesses and improve on them before the second tie,” he stated.