Broad member of
Nigeria Football Federation, Barriste Christopher Green yesterday retained his position as chairman of Rivers State Football Association, RSFA after defeating his opponent, China Acheru by 14 votes to two in the FA election held at the Alfred Diette Spiff Sports Complex, Port Harcourt.
With the victory, green will be leading the FA board for a third consecutive term.
Meanwhile, green has expressed joy over his re-election.
He described the outcome of the election as no victor no vanquished, stating his happiness at being given the mandate to serve his people once again. Barrister green said these while fielding questions from Sports journalists, shortly after the election yesterday.
According to him, his administration will confirm to promote football in the state and the nation in general, adding that he would invite his opponent, China Acheru to work with him in the board.
“I will invite China Acheru to come and work with the board, to see how we can continue to move the game forward.
“My administration will be looking at organising local leagues, to discover talents at the grassroots”, Barrister green said.
In his reaction, China Acheru who lost the election said, he was not totally satisfied with the electoral process, but will not challenge it at any level.
He described the election as peaceful but was not happy with everything that transpired.
“I think the major thing is to see how I can contribute to the FA in developing football, in the state.
As it is I will not contest the result of the election, at any level”, Acheru said. 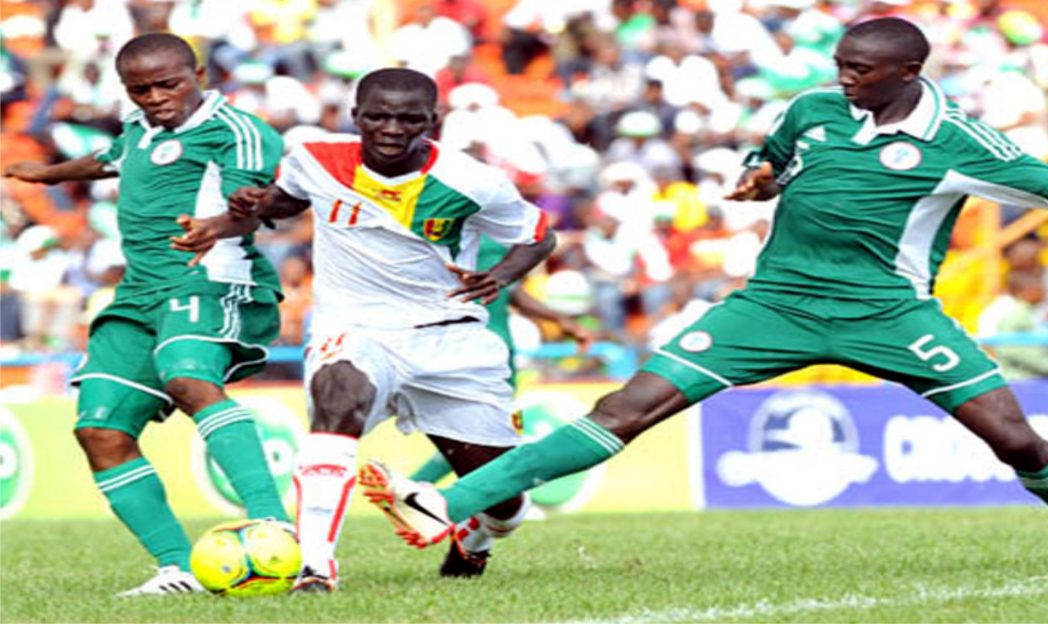 Two Golden Eaglets combing to stop an opponent at the on-going African U-17 Championships in Niger.

U-17: Zambia Loses To Nigeria, Bows Out In Honour