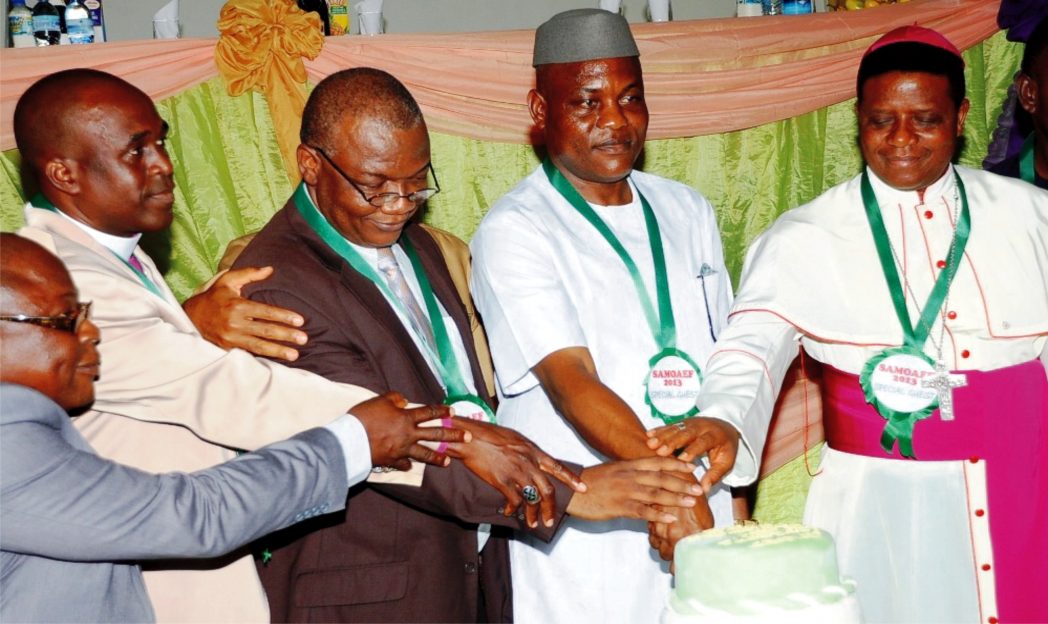 The wife of the presiden
tial candidate of the All Progressives Congress (APC), Mrs Aisha Buhari, has urged women to vote for the party’s candidates in all the upcoming elections.
Buhari made the call in Owerri on Friday at the South East zonal APC women’s convention.
While thanking the women for their support to the party, she urged them to collect their permanent voters’ cards to enable them to vote.
“Positive change is on the way, but you can only enjoy this change if you collect your permanent voters’ cards and vote for APC candidates in all the upcoming elections.
“Do not be swayed by cheap incentives from politicians who will only perpetuate corruption; your vote is your might, use it wisely,” she said.
She also commended Mrs Nkechi Okorocha, the wife of the Imo governor, for her efforts to improve the lives of women in the state, describing her as “a woman of substance, integrity and credibility”.
The wife of the vice-presidential candidate of the party, Mrs Oluyemi Osibanjo, noted that the people of the South East had made sacrifices in the past with no commensurate benefit, adding that APC would change the trend.
Also speaking, the National Women Leader of the party, Hajiya Ramatu Tijani, urged the women to show support to the party in all the elections.
On his part, Gov. Rochas Okorocha of Imo said that the presidential candidate of the party, Gen. Muhammadu Buhari, would bring positive change to the country if voted into office.
He debunked claims that Buhari would turn the country into an Islamic nation, saying that the claims did not hold water.
“Our vice presidential candidate is a senior pastor of a church, so saying that the country would be forced to become an Islamic one is a baseless claim,” Okorocha said.
In her address, Okorocha’s wife, Nkechi, expressed confidence that the party’s candidates would emerge victorious in the upcoming elections.
She also urged the women to ensure their votes were properly cast on the day of the elections to avoid cases of invalid votes.
The highpoint of the event was the colourful parade by women from the 27 local government areas of the state.