As part of measures to ensure transparent and violence-free elections in Rivers State, the major Governorship candidates in the state have signed a peace agreement on behalf of their political parties and supporters.
The non-volence pledge,  which was sponsored by the US Embassy and Dawn in the Creeks Board of Advisers, had in attendance, the Governorship candidates of the Labour Party, Prince Tonye Princewill, the All Progressives Congress, Dr. Dakuku Peterside, and the including  of the Peoples Democratic Party, (PDP), Chief Nyesom Wike.
Also as witnesses were religious leaders, including the Catholic Bishop of Port Harcourt, Rev. Caminus Etokudo, the Vice President, Supreme Council for Islamic Affairs, Alhaji Nassir Uhor, Bishop, Grace Covenant Ministry, Dr. Winston Iwo, Archbishop of the Niger Delta (Anglican) Communion, Rev. Ignatius Kattey and the Chairman, Dawn in the Creeks Board of Directors, Rev. father Edward Obi.
In his opening remarks, the US Ambassador to Nigeria, James Entwistle said the non-violence pledge was  a domestication of an earlier peace agreement signed by the major Presidential candidates in Abuja, which is now being referred to as the Abuja Peace  Accord.
The US envoy charged political leaders to respect the terms of the peace accord by encouraging peaceful conduct of the forthcoming general elections, and seek redress for perceived injustices through legal process rather than resorting to violence.
In their reactions, the Governorship candidates of the, Peoples Democratic Party (PDP), All Progressives Congress (APC) and the Labour Party swore their allegiance to the peace oath, stating that they would take responsibility for the actions of their parties and supporters.
The Governorship candidate, also identified political violence as a threat to the democratic transition in the country, and called on all stakeholders in the polity to join in the campaign against violence. 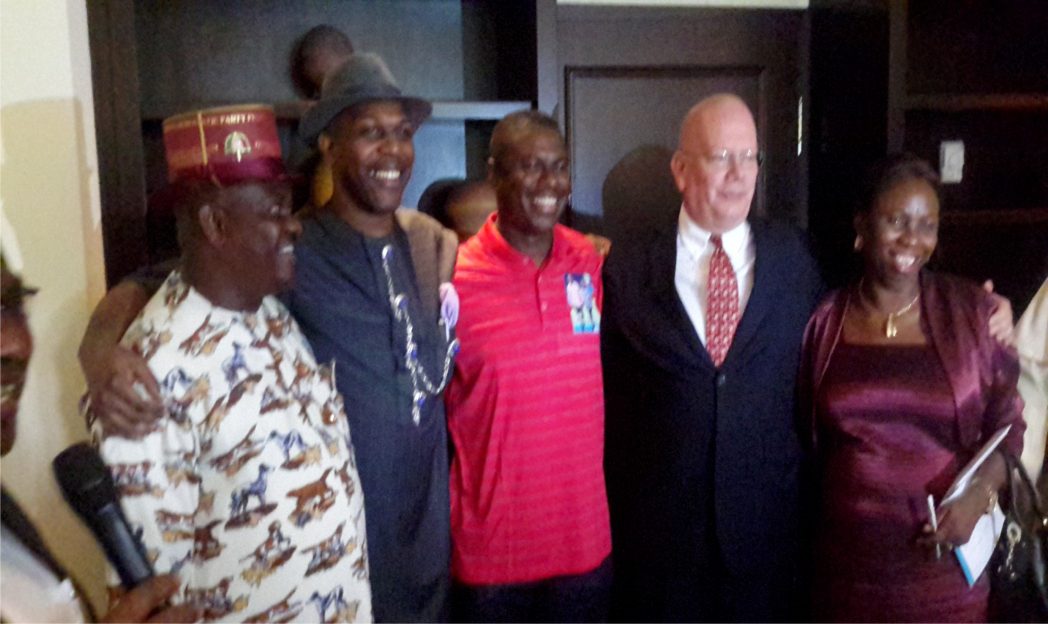 A Peace Pact Under Threat …Still On Increasing Political Violence