President Goodluck Jonathan yesterday likened the current challenges facing the country to the hardship encountered by the Israelites on their journey from Egypt to the Promised Land.
Jonathan spoke during his foster daughter’s wedding thanksgiving service at the Cathedral Church of the Advent, Church of Nigeria, Anglican Communion, Life Camp, Abuja.
He told the congregation that just as the Israelites eventually made it to Canaan despite the numerous challenges that confronted them on the way, Nigeria would get to its desired destination.
The president urged Nigerians to continue to support the government and pray for the country, adding that government would keep doing its best to overcome the challenges.
The thanksgiving service followed the wedding of the president’s foster daughter, Inebharapu Paul, with Mr Simeon Onyemaechi, on Saturday.
The ceremony, which held at the Ecumenical Centre, Abuja, had attracted important dignitaries including former President Olusegun Obasanjo.
The wedding reception was later held at the International Conference Centre in Abuja.
While thanking God for success in the entire marriage process, Jonathan asked the congregation to join him in prayers for peace and happiness to reign in the couple’s home.
Meanwhile, special prayers were offered by the Primate of the Anglican Church, the Most Revd, Nicholas Okoh, for couple, the first family and for the nation.
Meanwhile, President Goodluck Jonathan yesterday urged his supporters across the country to continue to pursue peace regardless of undue provocation that may come their way during electioneering for next month’s general elections.
The President’s Special Adviser on Media and Publicity, Dr. Reuben Abati, made Jonathan’s position known on his Twitter handle.
He said the President who is the presidential candidate of the Peoples Democratic Party in the February 14 election made the call just as some youths set his campaign bus ablaze in Jos.
Abati further quoted Jonathan as advising all politicians to conduct their campaigns with decorum and civility.
He further called on all Nigerians to say no to violence.
In another development, President Goodluck Jonathan has called on Nigerians to be steadfast in their prayers for members of the Armed Forces and their families for their sacrifices in the war on terrorism.
He made the call yesterday in Abuja at an inter-denominational church service held at the National Christian Centre to mark the 2015 Armed Forces Remembrance Day.
The president said the Armed Forces and other security services deserved the prayers and commendations of Nigerians for laying down their lives to defend the country’s unity and territorial integrity.
He described members of the armed forces as “gallant people” working hard day and night with other security agencies to ensure that Nigerians sleep at night.
While acknowledging the “inadequacies” in the military, the president restated the commitment of government to continue to kit and equip them to protect the citizens.
Earlier in his sermon, Archbishop Samuel Uche, the Prelate, Methodist Church of Nigeria, lauded the Armed Forces for their patriotism in the defence of Nigeria and some countries in Africa.
He acknowledged the heroism shown by the military during the first and second world wars, the Nigerian Civil War, peace operations in Africa and the current war on terrorism.
The cleric attributed the difficulties faced by the military in the war against insurgency to the activities of saboteurs in the military and the political class.
The Armed Forces Remembrance Day Celebration is an annual event organised by the Ministry of Defence to honour the nation’s fallen heroes who laid down their lives in the defence of the nation.
The event is also used to honour veterans who are alive and solicit financial support for their well-being and the families of the fallen heroes.
The theme of this year’s celebration is “Appreciating the Nigerian Armed Forces.” 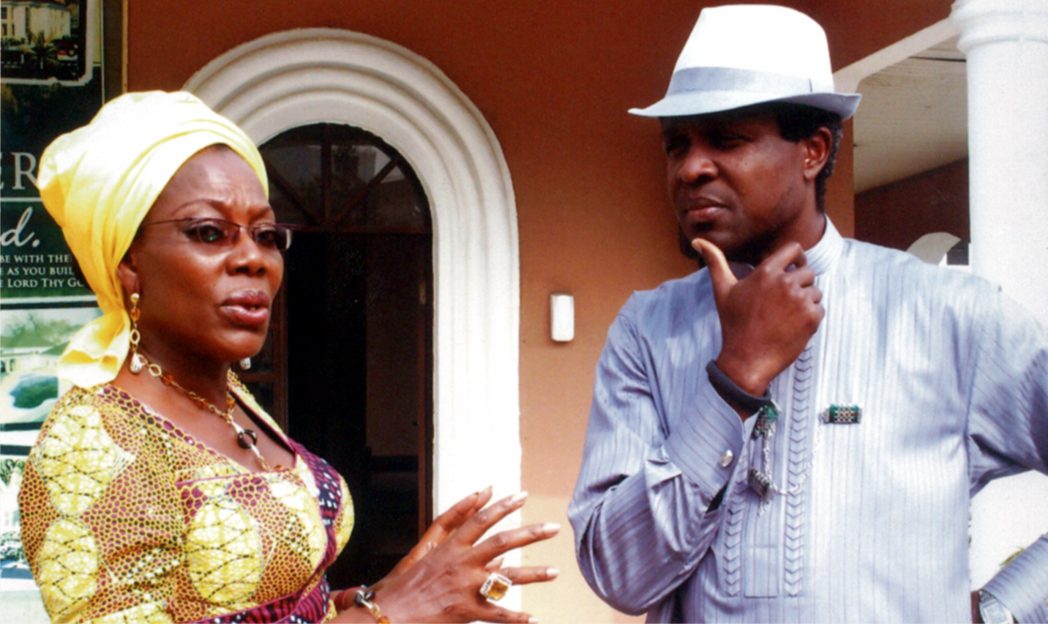 Sole Administrator, Greater Port Harcourt City Development Agency, Dame Aleruchi Cookey-Gam (left) chatting with the Board Chairman, Tonye Cole, during the Dedication/Thanksgiving service of the agency in Port Harcourt, at the weekend.