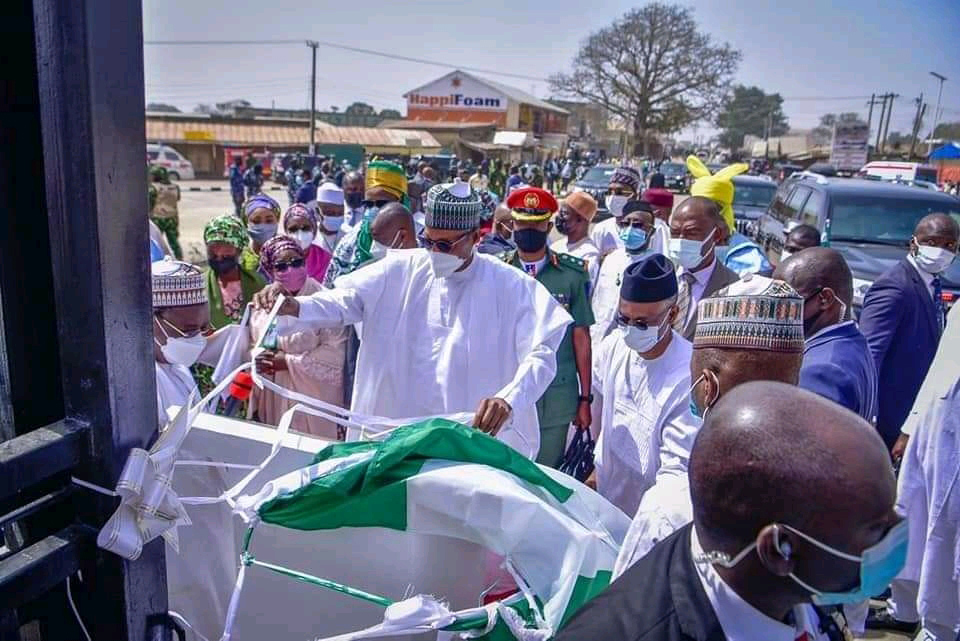 Elders and stakeholders of the ruling Peoples Democratic Party (PDP) from Abia North, have urged Governor Okezie Ikpeazu, to ensure that power returns to Abia North in 2023 in keeping with the Abia Charter of Equity which recommends power rotation among the three senatorial zones.
The elders in a strong-worded statement, signed by the immediate-past Secretary to the State Government, Dr Eme Okoro, lamented the  danger of disrupting the zoning arrangement, which according to them is capable of rupturing the prevailing peace in the state.
The statement made available to newsmen reads in part:” We are here to appeal to you our dear Governor to work with other stakeholders and men of goodwill to ensure that power rotates to Abia North come 2023 for justice, fairness and equity to prevail.
“We also enjoin you not to succumb to cheap blackmail and arm-twisting by the zone that wants to retain power or the one that wants to muscle out Abia North because it feels it has enormous resources to do that.
“Any attempt by any of these zones to covet power at the expense of Abia North would only torpedo the peace we have all enjoyed in Abia.
“The flame-throwing by the Ukwa and Ngwa people based on old-time delimitations by the colonial masters for administrative convenience is not just archaic and unexcitingly laughable, it also creates divisions and disunity among the peace-loving people of Abia State.”
Abia North PDP elders warned that the zone would not succumb to threats and forfeit its opportunity to produce the next Abia State Governor.
“It would be worthwhile to inform them that threats of violence and intimidation have never been used to secure power in Abia and Abia North, though, a peace-loving people would not be intimidated into abandoning what is due to it.’’
“The threat of violence and resort to it is an ill-wind that blows no one any good. It would only create disunity among us.
“It is the turn of Abia North to produce the next governor of Abia come 2023. We are ready and we have our worthy sons who are more than capable to steer the ship of state.”
The PDP elders argued that since power rotation in the current democratic dispensation began with the zone in 1999, and had gone round all three senatorial districts, “equity demands that power returns to Abia North in 2023”.
They vowed to resist any attempt to disrupt the power rotation arrangement in the state.
“Being avowed democrats who truly practice what we preach, we must resist any attempt to change the cause of our history.”
The elders urged Gov. Ikpeazu to honour his promise to sustain power rotation, saying that reneging will be dishonourable.
“Great men honour not just their words but also agreements even in the face of difficult choices. We know our governor is an honourable man. For men of honour, their word is their bond and they can go to any length to redeem their word whenever you give it back to them.”
The Abia North stakeholders further argued that all states in the South East have since adopted power rotation among their senatorial districts, advising that Abia should not be an exception.
The statement was later delivered to the PDP Vice Chairman Abia North, Elder Amah Abraham for onward transmission to the party Chairman, Rt. Hon. AsiforoOkere; and Gov. Ikpeazu, respectively. 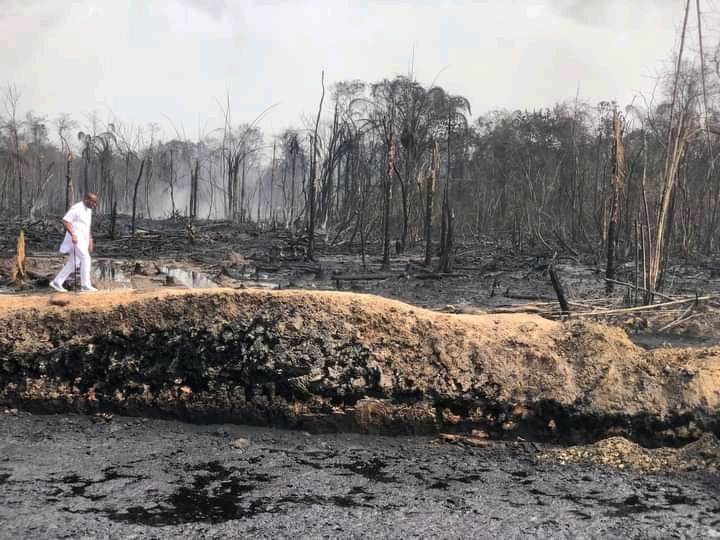 Rivers State Governor, Chief Nyesom Wike, has directed that traditional rulers in the state should exert due surveillance to check the activities of  illegal oil refining in their domains, adding that any negligence on the issue would amount to complicity in the act.  Governor Wike pointed out that any traditional ruler who failed to act on government directives would forfeit his stool.
Governor Wike who gave the directive during a meeting with traditional rulers at the Banquet Hall, Government House, Port Harcourt, said Rivers State Government was resolute on the war against illegal refining despite the challenges faced as a result of Federal Government’s negligence and compromised security system. He urged traditional rulers to work with Community Development Committees and other community-based organisations to achieve the objective of stemming the menace of illegal oil refining in the state which has obvious health implcations on the lives of the people.
Governor Wike berated the Federal Government over its indifference towards curbing the menace of illegal oil refining despite its control over the oil and gas industry.
He pointed out that the act of illegal oil refining has equally led to the depletion of of the revenue profile of Rivers State because the state could not produce its required capacity.
Governor Wike regretted the fact that most security operatives lobby their posting to Rivers State to benefit from illegal oil refining.
He said the Rivers State Government would soon pubish the names of those involved in the act and declare them wanted while security operatives involved in the act would be reported to the appropriate quarters.
Earlier within the week,  Governor Wike had at a meeting with the chairmen of the 23 LGAs of the state  urged the chairmen to destroy all illegal refining sites across the state and called on the Commissioner of Police to provide adequate security for the chairmen to destroy all identfied illegal refining sites while the Rivers State Government would provide the needed logistics for the LGA chairmen to carry out the objectives.
Meanwhile, Governor Wike on Monday hosted his colleagues in the PDP Governors Forum. The outcome of the meeting was a nine-point communique read by the Chairman of the PDP Governors Forum and Governor of Sokoto State, Aminu Waziri Tambuwal. High point of the resolution was to address the urgency required to conclude deliberations on the Electoral Act Amendment Bill which the PDP Governors requested the National Assembly to consider overriding President Buhari’s veto as an option towards achieving the intended electoral reforms for the country.
The Forum urged Nigerians to vote out the APC’s mal governance in the country, which has inflicted untold economic hardship and festering insecurity in the country.

Call Me By Name, Says Soludo 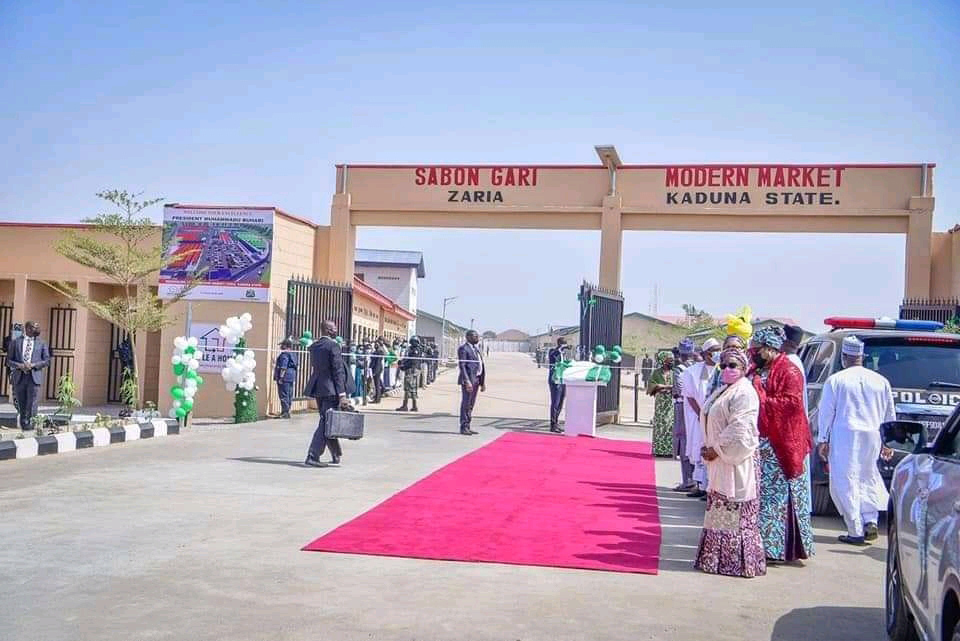 The Governor-elect of Anambra State, Prof. Chukwuma Soludo, says he prefers to be called by his name and should not be addressed as ‘His Excellency’.
Soludo, while speaking at the inauguration of his 80-member transition committee in Awka on Thursday, January 21, 2022, urged the people of Anambra State to call him by his name.
He said if the people of the state could not call him Charlie Nwangbafor, they should simply address him as Mr Governor.
The governor-elect said, ”I was called his Excellency a while ago, but may I plead that that ‘Excellency’ tag should please wait for now. That is part of what we will discuss in this committee,”
You may just need to learn how to call me by my name, but if that isn’t good for you, then, may I request that you simply call me ‘Charlie Nwangbafor’.
“If that one is so difficult for you that you must be formal in addressing me, then you can address me as Mr Governor.”
Soludo further said members of the inauguration committee chaired by Oby Ezekwesili, are working pro-bono to ensure he gets all he needs to make Anambra better.
The governor-elect will be sworn in on March 17, 2022.