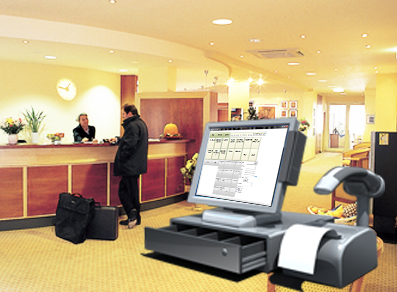 Troops of the Multinational Joint Task Force (MNJTF), have eliminated scores of Boko Haram terrorists and rescued abducted victims in recent encounters in the Lake Chad Basin region.
The Chief of Military Public Information Office for MNJTF, Lt.-Col. Kamarudeen Adegoke, made this known in a statement on Tuesday in N’Djamena, Chad.
Adegoke said the troops of MNJTF Sector 4 in Niger, while on patrol along Kara–Diffa Road on Jan. 9, 2023, intercepted four persons suspected to be Boko Haram/ISWAP logisticians conveying about 1,000 litres of fuel.
He said the fuel was cleverly concealed in plastic bags inside a Toyota Highlander Jeep and was being transported from Maine Soroa to the Lake Chad Islands, possibly to suspected terrorists.
He added that the sum of N650,000 was also recovered hidden in the vehicle, saying that suspects and exhibits were in custody of MNJTF Sector 4 for further investigations.
Adegoke said the troops of Sector 3 (Nigeria), had in another incident on January 11, 2023, repelled an attempted infiltration by the Boko Haram/ISWAP criminals due to superior firepower.
He said that two terrorists were killed at the end of the encounter and one Rocket Propelled Grenade, seven bombs, two 60mm mortar bombs, 36 rounds of 7.62mm ammunition, seven mortar chargers and two wooden canoes were recovered.
According to him, the canoes were promptly destroyed.
“Similarly, on Sunday, unspecified number of Boko Haram/ISWAP terrorists also attempted to infiltrate Monguno in MNJTF Sector 3 (Nigeria) in the early hours of the morning but met the gallant and alert troops.
“Troops engaged the criminals in a fire fight forcing them to withdraw in disarray.
“The unrelenting troops pursued and engaged the criminals along their withdrawal routes neutralising three criminals while many fled with gunshot wounds.
“The troops also recovered one AK 47 rifle and 2 magazines after the encounter.
“Regrettably, a soldier paid the supreme sacrifice in the line of duty in this encounter.
“Five young men suspected to have been abducted were rescued by the troops while five brand new boxer motorcycles were also captured from the terrorists during the encounter.
“Efforts are being made to ascertain the origin of the motorcycles and how they were smuggled into the Lake Chad Islands while the rescued young men are being profiled in the Sector Headquarters before further processing,” he said.
MNJTF spokesman further said that a total of 70 terrorists surrendered to troops of Sector 4 MNJTF (Niger) and troops of Sector 1 (Cameroon).
He said the surrendered terrorists would be treated in line with standard procedures for such surrenders which would include interrogation and profiling by the relevant authorities.
He added that the Force Commander (FC), Maj.-Gen. Abdul-Khalifah Ibrahim, had enjoined the troops to continue to maintain resilience and offensive posture until the criminals surrendered totally or are defeated completely.
According to him, the force commander reaffirmed the fact that the terrorists have been severely degraded and there is need to finally finish them off.
“He reminded the Force of the obligation they have to observe international humanitarian laws and to be professional at all times.
“The FC praised the courage and determination of the troops of the MNJTF and their commanders and paid tribute to the fallen hero and passed his deep condolences to the soldier’s family.
“He called on the people of Lake Chad basin region to continue to support the MNJTF and other security forces with useful information to help bring this conflict to an end.

Building Resilience Against Violent Extremism, Insurgency and Terrorism (BRAVEIT), a Non-governmental Organisation, has commended President Muhammadu Buhari over the successes of the military in the fight against insurgency.
The Director of Operations, BRAVEIT, Mr Lawrence Audu, gave the commendation while briefing newsmen on “Counter Terrorism and Maritime Safety Under Buhari: Encomium for the Nigerian Navy” on Tuesday in Abuja.
Audu said that Nigeria had made landmark achievements in various strata of the polity particularly in the area of security in spite of some daunting challenges, which he said he described as deliberately inflicted.
He said that almost 19 local government areas in the North East were under the control of the Boko Haram terrorists prior to 2015 when President Buhari came to power.
He said that the once dreaded terrorist group had been reduced to mere ragtag groups who only preyed on selected soft targets in the region.
According to him, it took the foresight of President Buhari to appoint one of Nigeria’s war tested and most decorated Generals in person of Lt.-Gen. Tukur Buratai as the then Chief of Army Staff to lead an onslaught against the criminals.
“Within five years the result is there for every unbiased eye to see.
“A more professional and organised army expanded units and commands in addition to morale boosting welfare for troops not to talk massive infrastructural development in all formations across the country.
“Buratai, we are proud to say, left an indelible footprint on the sands of time.
“In the Northeast Theatre of Operations, there has been a sustained push by our gallant troops, it has been one success story or another.
“Following the introduction of home-made solutions to tackling insurgency in addition to the acquisition of platforms and equipment to prosecute the war as well as training exercises for troops who are now fully acquainted with this nature of asymmetric warfare.
“Today, over 83,000 terrorists have surrendered to troops in various locations following sustained push by the military to root out remnants who still hibernate in some locations of the northeast,” he said.
Audu said the military had also improved the security situation in the North West, where bandits held sway for some times, displacing villages, killing innocent civilians and kidnapping for ransom.
He said the achievements were made possible by the existing synergy among security agencies with the massive support being given by President Buhari.
The group also commended the Chief of Naval Staff, Vice Adm. Awwal Gambo, for his dynamic and pragmatic leadership that had changed the landscape of operations for the better.
According to him, a recent visit to Baga road fish market in Maiduguri witnessed a heightened activity as business has resumed fully with traders from all across the country converging for the purpose of trading.
“This has been made-possible by the presence of the of the Navy’s elite Special Operations Forces (SOFs) and the Nigerian Navy’s elite Special Boat Service – which is unmatched among SOFS in Africa, at the Lake Chad basin who have completely rooted out terrorists operating in the region.
“Baga in Borno is now safe now and people are fishing. This is the Same with the issue of pirates along Nigeria’s coastal waters where the Nigerian Navy has continued to frustrate the efforts of economic saboteurs.