The All Progressives Congress (APC) is set to unveil its manifesto, designed as a “Roadmap To A New Nigeria”, at the party’s National Summit to be held in Abuja on Thursday.
The Interim National Publicity Secretary of the party, Alhaji Lai Mohammed, said in a statement issued in Lagos yesterday that the road-map will detail the party’s priorities in fixing the wide- spread failings of successive Peoples Democratic Party (PDP) governments since 1999, in order to bring hope and succour to the long-suffering people of Nigeria.
It said the manifesto was a product of an empirical and painstaking process embarked upon by the APC, in a deviation from the old practice of packaging a party’s manifesto on a whim.
“With conditions deteriorating throughout Nigeria, with security an ever increasing concern, with the lack of jobs pushing families and young people further into poverty, and with new stories of corruption within the PDP government appearing day after day, the APC decided to commission the largest ever public opinion survey in Nigerian history to determine the current status of things in the nation directly from those who know best – the actual people of Nigeria.
“The results were even more revealing than the APC had anticipated: When asked, ‘If the election were held today, would you vote for Goodluck Jonathan or the candidate of the All Progressives Congress’, the APC candidate held a ten-point lead over the President. By a margin of 44 per cent to 34 per cent (with 22 per cent undecided), the APC candidate was the clear national choice.
“When asked, ‘In general, do you think things in Nigeria are going in a good direction or bad direction’, by a staggering more than two-to-one margin (50 per cent-24 per cent), Nigerians responded that the country was going in a bad direction. When asked, ‘What issue would you like the President and National Assembly to focus on most’, an overwhelming majority (60 per cent) said jobs was the dominant issue that the government should address.
“And then when asked if they found the following statement convincing or not, ‘Goodluck Jonathan has done nothing to create jobs, and far too many people are still unemployed’, decisively, 58 per cent of Nigerians found that argument about Jonathan convincing. Finally when asked if Jonathan was doing a good or bad job fighting corruption, 59 per cent Nigerians thought Jonathan was doing a bad job fighting corruption.
“The voice of the people was clear: The nation is going in the wrong direction. The nation wants change and would not vote to re-elect Jonathan in part because the number one issue to Nigerians is jobs and the nation believes Jonathan has no credibility on the issue of job creation,” APC said.
According to the party, the unveiling of the party’s manifesto, designed with the survey results in mind and the real needs of the Nigerian people made evident by the people themselves, will be the clearest indication yet that the Movement for Change has indeed begun. 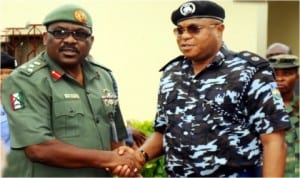