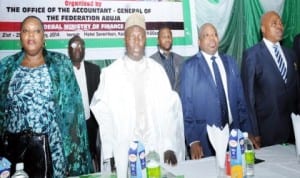 A hawker, who gave
his name as Mr John Chibu had cause to thank his stars as he narrowly escaped being crushed by a speeding vehicle at Government Residential Area (GRA) junction in Port Harcourt, last Saturday.
Chibu, who hawks motor vehicle fire extinguishers along the ever busy Port Harcourt-Aba Expressway, rushed to cross the road to the GRA bus stop to service a customer who beckoned on him for his product.
In a bid to beat other would-be hawkers, he ran across the road without looking out for on-coming vehicles.
Unfortunately for him, a speeding Murano jeep which came in the opposite direction nearly crushed him even as the little contact it made left him sprawling on tarmac.
However, his fellow hawkers came to his rescue as the jeep sped ahead living him with minor injuries.
Some of the hawkers who spoke to our correspondent on the scene when reminded of the danger inherent in such business said the risk was worth it.
According to Kelechi Worlu who sells shoes which he claim to be made in Italy, “Although trading on the ever busy road was risky,” it was so far the only source of livelihood for most of them.
Reminded of an existing law forbidding street trading, the hawker who claimed innocence, however, said once in a while, some government officials come around to chase them away from the road.
On why they take the risk trailing moving vehicles to solicit for buyers, instead of staying off the road, Miss Joy Chinwendu who sells recharge cards said experienced has shown that if you stay away from the road, you might end up not making any sale for the day.
However, effort to speak with officials of the state Ministry of Urban Development was not successful, but a source which craved anonymity said the government was making effort to check the menace.